Helping people in BDO MENA English Server chat over the past year you see some regular questions from new and older players. I'll be posting a series of them this week to help me stop having to type the same answers repeatedly!

WHEN DOES THE NEXT WORLD BOSS SPAWN? & HOW DO I FIGHT THE WORLD BOSS & HOW DOES WORLD BOSS LOOT WORK?

A very confusing question to answer for some people, the first thing to be aware of is that BDO MENA works on Greenwhich Mean Time of +3 (GMT+3). So your first step will be to find out your current countries timezone, and apply the maths necessary. South African and Egyptian residents for example are on GMT+2, so they need to subtract 1 from the times, 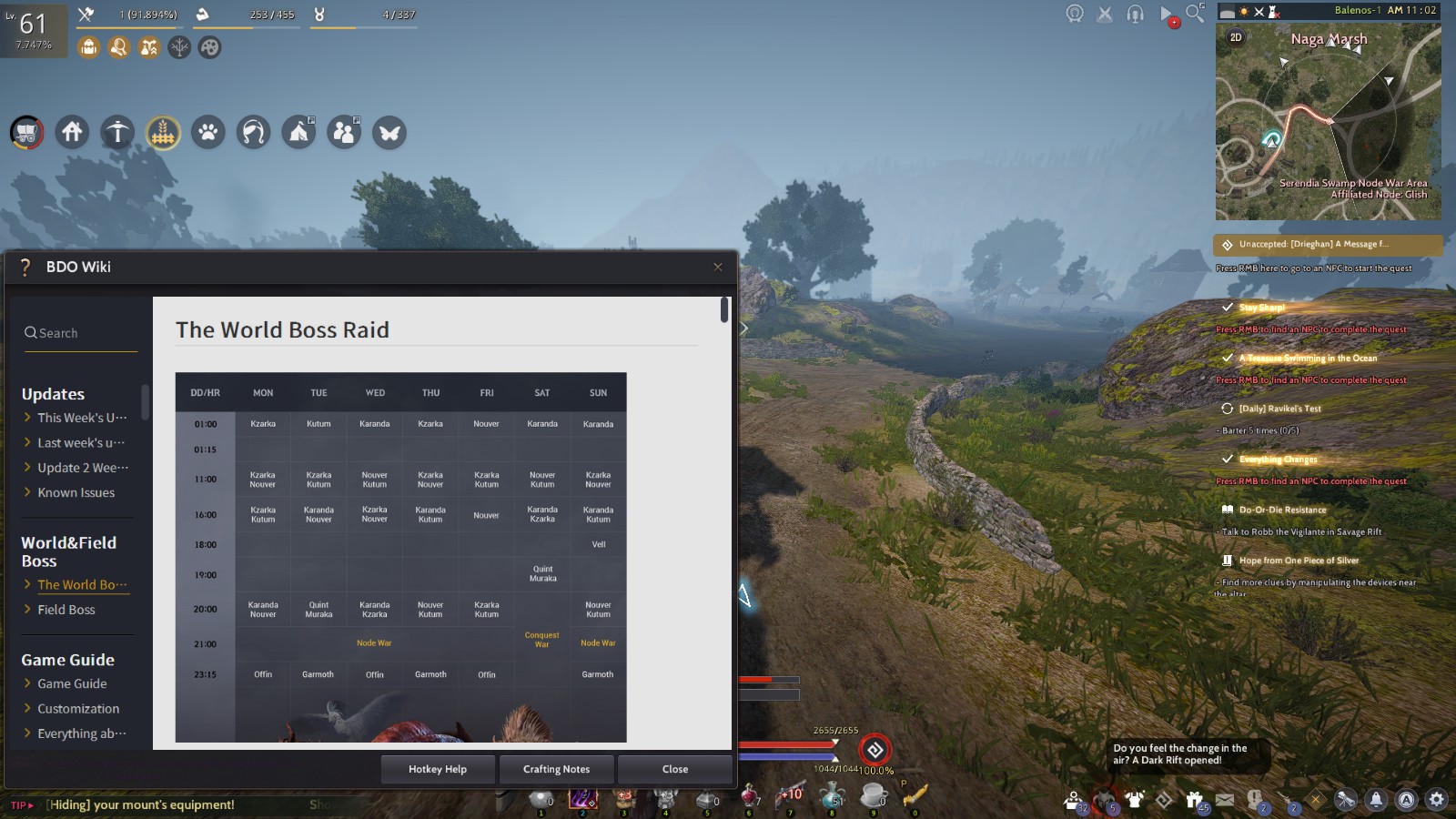 ...as you can see the list is daily and with times in rows. Often you will see two WORLD BOSSES slotted for the same time, if you wish to attend both it is recommended to park an alt toon (a game character you don't use consistently) at the further boss. For example, Friday 20h00 (19h00 RSA/Egypt) you have both KZARKA and KUTUM spawning, your alt will see the end of KUTUM if you swop after doing KZARKA on your main.

In order to get loot from any Boss be it a WORLD, FIELD, SCROLL or EVENT, you need to have hit and damaged it at least once. There are damage brackets that will give you a 2nd roll and/or increased odds on better loot but they are not major and are not necesary to chase if you are new and not fully geared yet. Single hit, then get far back from the damage and wait.

FIELD, SCROLL and some EVENT bosses will need to be killed in order to be looted. Some have timers and will leave with no loot drop if not put down. WORLD BOSSES have a 30mins timer, and will drop loot regardless as long as you have damaged them. If they leave on timer, the loot has slightly lower odds. I personally have gained 3 KUTUM and 2 NOUVER boxes by single hit and time out waits, so it is possible.

BOSS LOOT falls into 3 categories. BOXES (Boss Armour/Weapon such as Bhegs, Kzarka, Dandelion), AURA's (100 can be traded in for a BOX), and TERTIARY (Hunters Seals, Black Stones and rare Gems). Each has seperate odds for being dropped, but all can be gained in one drop.

Finally worth noting, unlike normal mob loot, if you are in a Party/Platoon while fighting a Boss, the loot drops are unique per player and are unaffected by the Party/Platoon system at all.