Before we get into the main bulk of the guide, I thought it best to share some top tips to make the most of your time. It’s possible to reach the higher levels of this game very quickly, but it’s worth taking your time with your first couple of characters.

If you rush too much, you’ll miss out on a lot of benefits:

Following the main questline of BDO is not the fastest way of getting to level 56. In fact, it’s considerably slower. Along with a lot of standard MMO gather and kill quests, there’s a fair amount of traveling to and fro. Thankfully, the world of BDO is dense and vivid. If you’re not up to the sightseeing, you can make use of the auto-run feature and do something else whilst your character runs. However, although it’s not the fastest route to leveling up, I’d definitely recommend doing this for your first character. 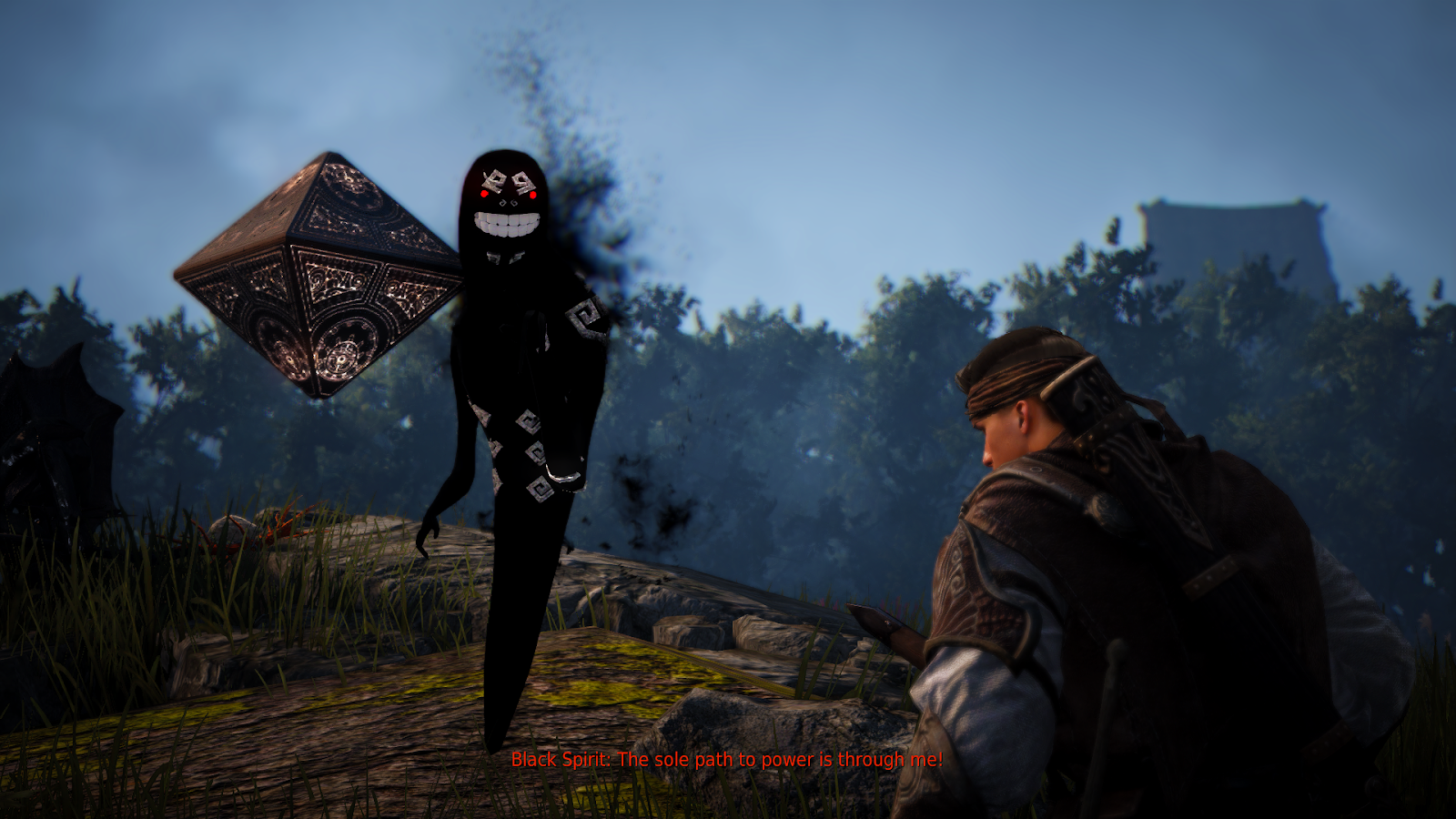 ‘The sole path to power is through me!’  Newcomers should follow the Black Spirit quests for their first character.

You can consider the Black Spirit quests to be the tutorial for the game. Under the watchful eye of the trickster Black Spirit, you will traverse much of the game’s map and be introduced to the core mechanics.  You will occasionally be made to make a choice in terms of the quests at hand, and your rewards will include extra inventory space (priceless), XP, contribution points, gear, and potions. So many potions.

The quests in the Black Spirit questline take you to some excellent areas for leveling. If you have a character that’s remotely capable of AoE moves, you can clean up the mobs in very quick time. Although it’s tempting to rush on and level up, try and keep only slightly ahead of the suggested level. It makes for a more enjoyable experience.

Finally, remember to pick up as many side quests as you can whilst following the Black Spirit questline. Although you won’t get experience points for these, you will increase your knowledge and contribution points. And get some more potions.

Get Your Grind On

If you already have a character or two awakened, and you feel like you have a good grip on the game, you may want to think about power leveling a new character. As you’ll no doubt have noticed, this can be quite a fast process. You can level up through combat, particularly up to level 50, in a relatively short amount of time.

Although it is fairly straightforward to grind your way up, there are some things you should note: Make sure you finish the Black Spirit quest given at level 49. Without it, you can’t progress.

The beginning of the game goes by incredibly fast, particularly if you’re on the bonus XP server. It’s always worth following the tutorial for these first few levels, as it gets you as far as level 10, some extra inventory space, and a donkey mount. All of these are useful to help make the process of leveling easier. These first few levels will get you as far as Heidel and give you a good chance to familiarize yourself with the basics of the class you’re playing. You’ll mostly be slaying not-so-fearsome woodland creatures that don’t attack you unless you engage them first.

One of the things I really like about this game is that the map gives you all the details you need to figure out where you’re supposed to be. Exploring and gaining knowledge clears the fog of war, but even with it there you can still see the recommended level or AP for monsters in that area. The map in BDO is perfect for finding out where you’re supposed to be. Just like a real map.

For levels 11 through to 20, there are some good areas near Heidel:

You can really start picking up the pace once you hit 20, as new skills become available to you. This is particularly beneficial if your character has area of effect abilities; you can pull and take down large amounts of enemies at once. 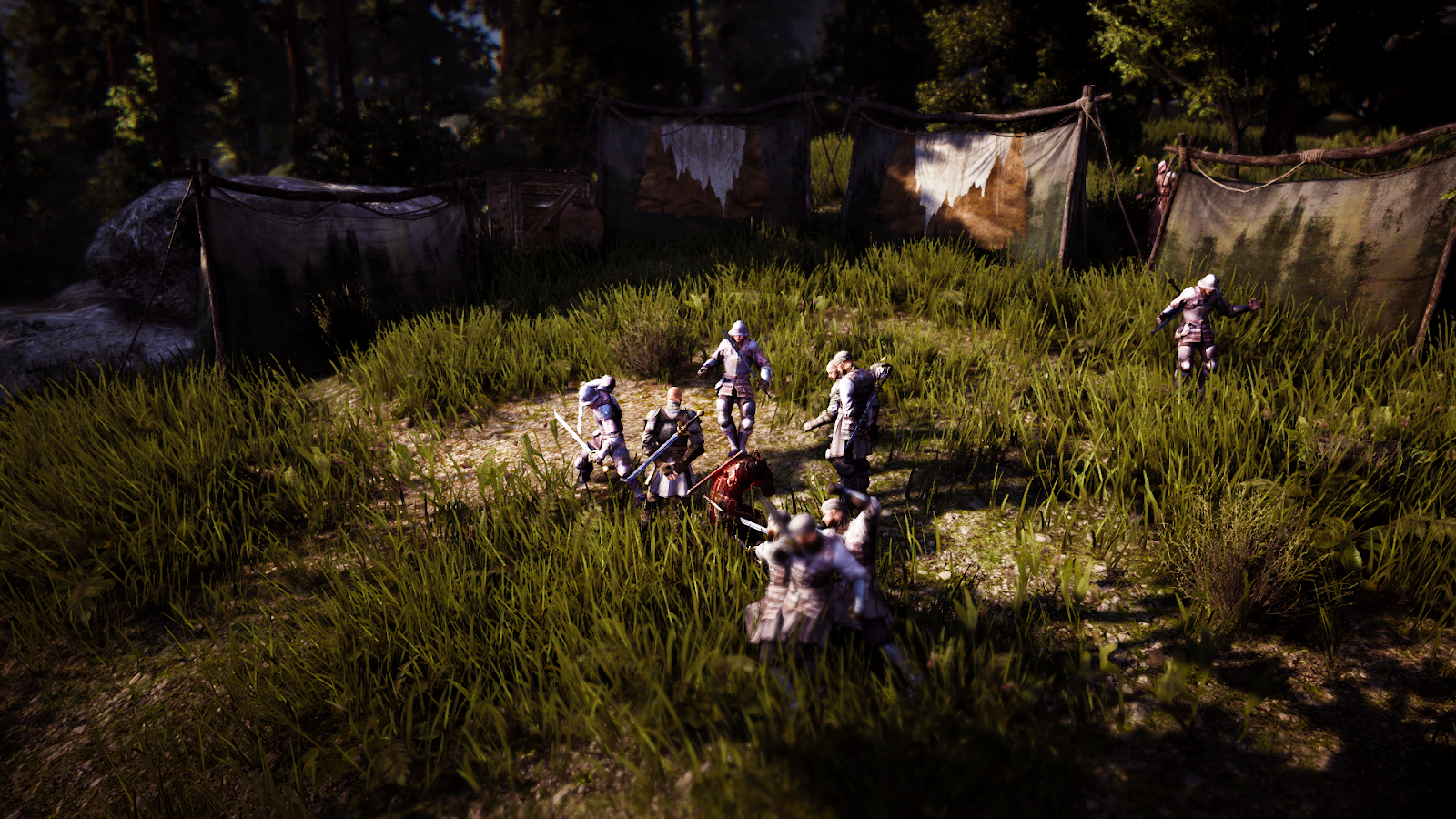 Try and surround yourself with as many enemies as possible and cut through them with an AoE attack.

Both of these areas are pretty popular grinding spots, but thankfully there’s a lot of space and the respawn rate is high.

There are a few options to grind your way through these levels. Some are better suited to other classes than others. I first went through these levels with my Ninja following the Black Spirit quests. My leveling progress slowed due to the route it took, but I feel a caster/ranged class would do well. 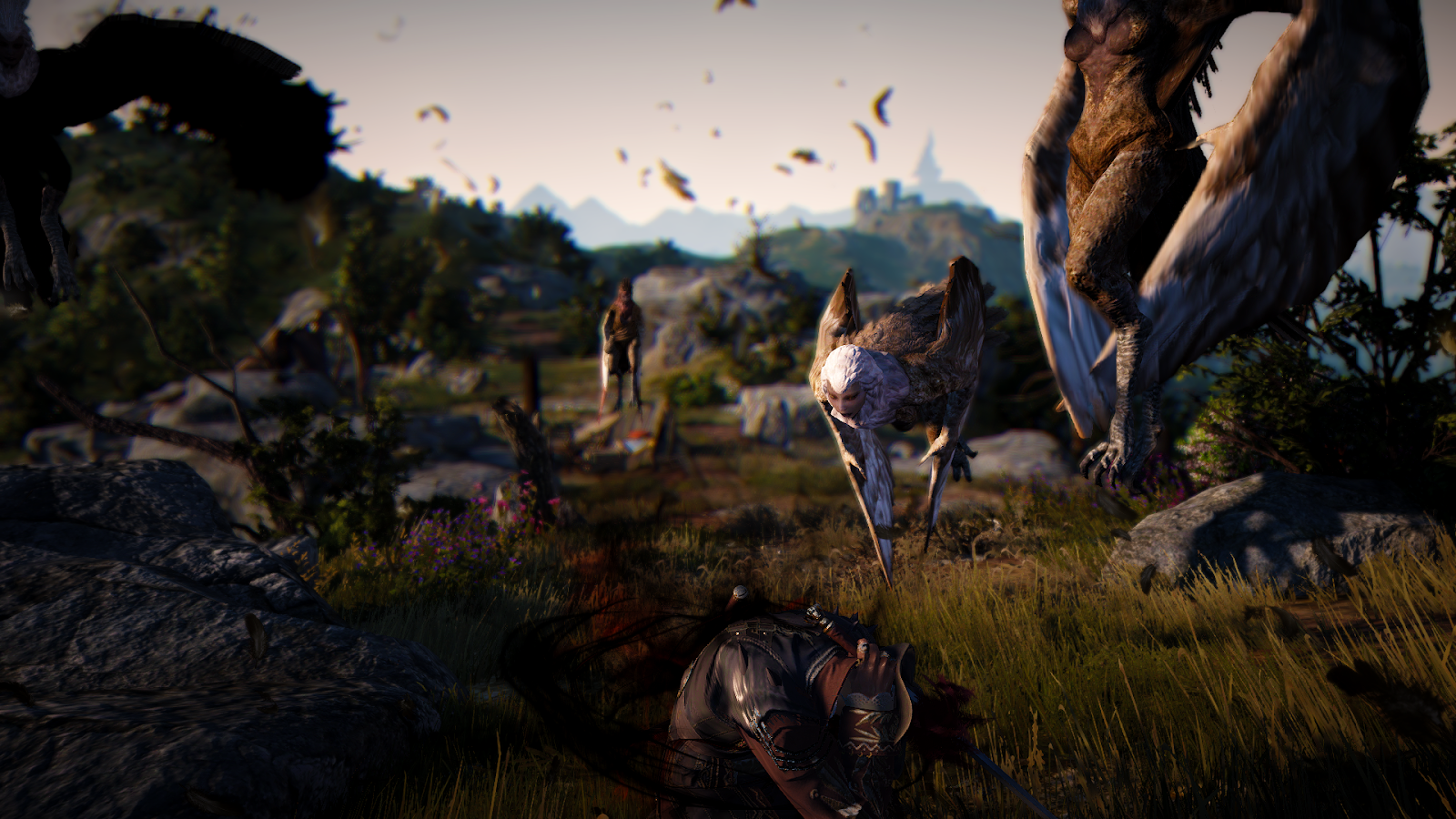 Delphe Knights Castle area was annoying for my Ninja but easier for a caster class.

Here are some areas you should target for grinding out these levels:

Now we’re getting into towards the final leg stretch before the real game starts. The Black Spirit questline does take you to some of these areas, but you can also hit them without doing those quests: 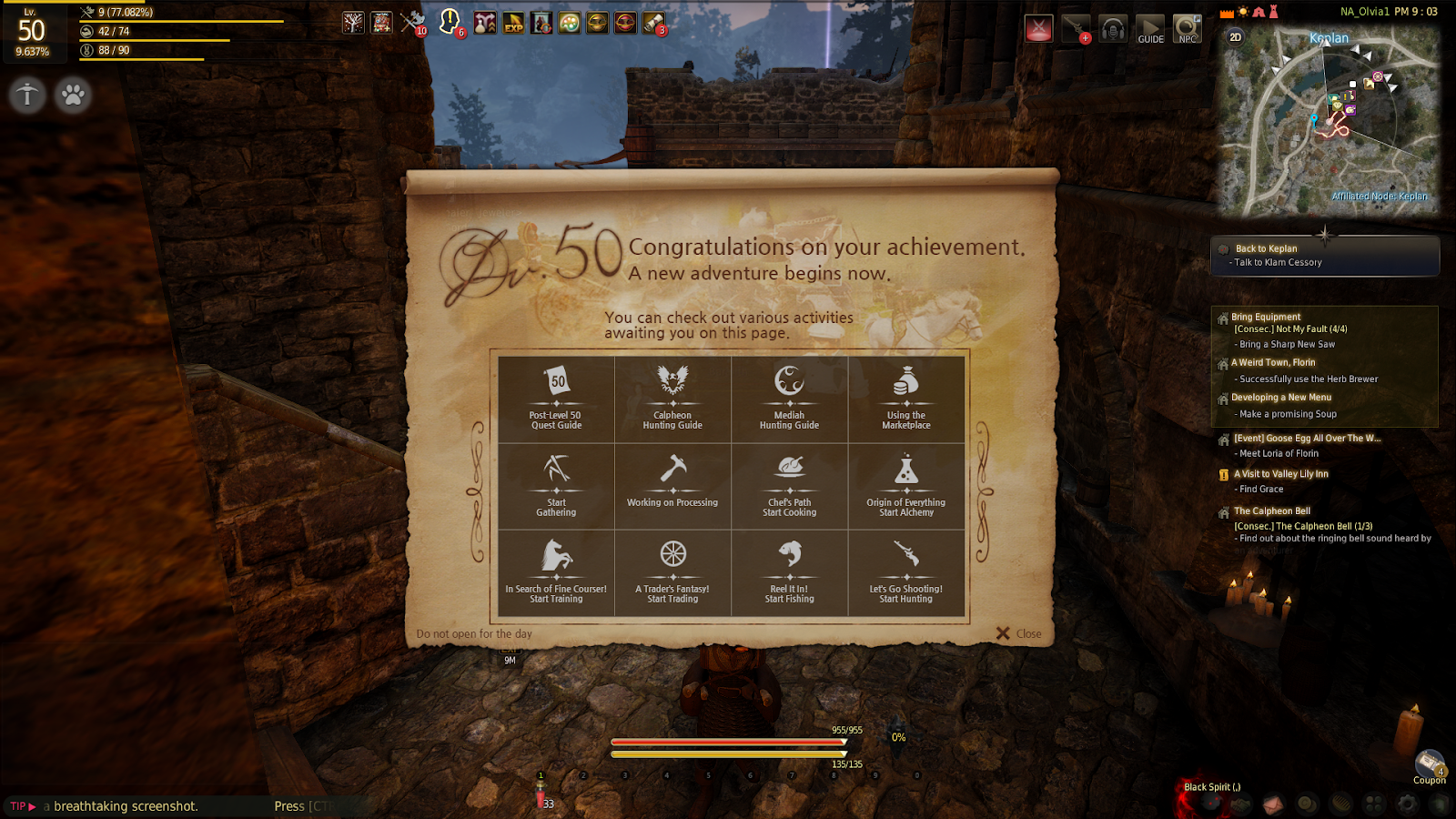 The game really starts to open up at level 50, and a lot of new information is available to you.

Now that you’ve hauled yourself to level 50, things are going to change somewhat. Enemies become a lot harder and without the right gear, you may find this stretch quite a grind. Aim to have your AP at around 90 to continue slaying monsters without prejudice.

Some areas to target include: 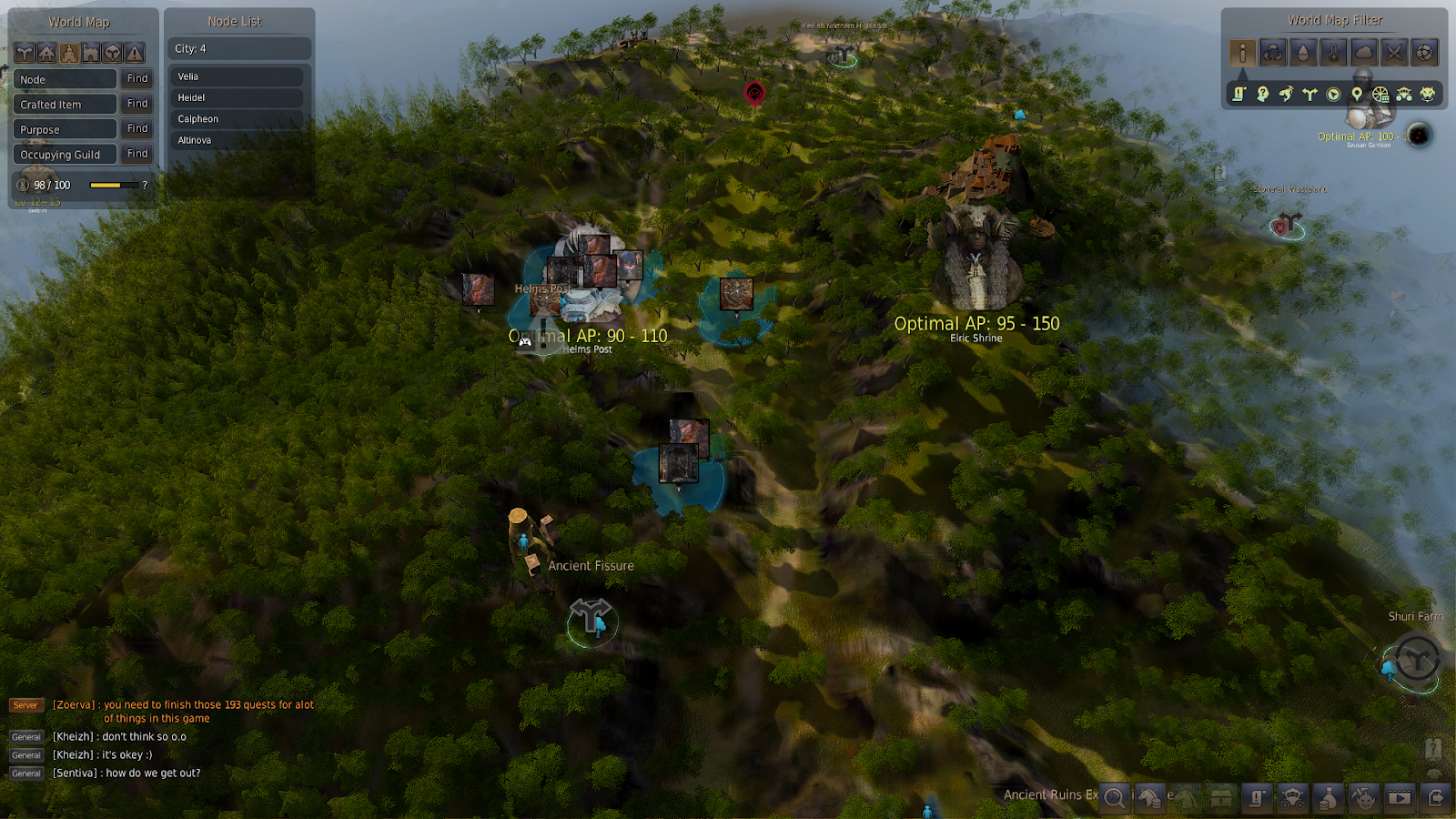 Make sure your gear gives you enough AP to take on enemies above level 50. Pay attention to the optimal AP markers.

The road to level 56 doesn’t have to be a long and arduous one. If you’re well prepared and have enough gear/money from previous characters, you can breeze to this point in a few hours. However, if you’re still on your first character or two, I strongly recommend taking your time. Learn the game, level up your Energy and Contribution points as you go, and gain as much knowledge as possible. It will make your start in the real game a much easier process.

Thanks and Good luck .