So the DirectX 11 update title Black Desert Remastered has provided us with some wonderful new depth via in game imagery.

Once you have adjusted the gamma and contrast, as well as the in game Camera Effect levels to not be overwhelming, your game will provide you with truly stunning visuals via they new rendering system recently implemented.

Here we have my possibly too pink Striker lurking outside the Awakening cave right at the edge of the explorable map. Clearly visible in the split shots I prepared are the dramatic differences in the rock textures, with the remastered version now clearly looking...rocky!

As well in the picture is an interesting comparision of the mist and water effects, foilage and sky shading. I chose to double the same image as I felt it was quite dramatic! See you in game! 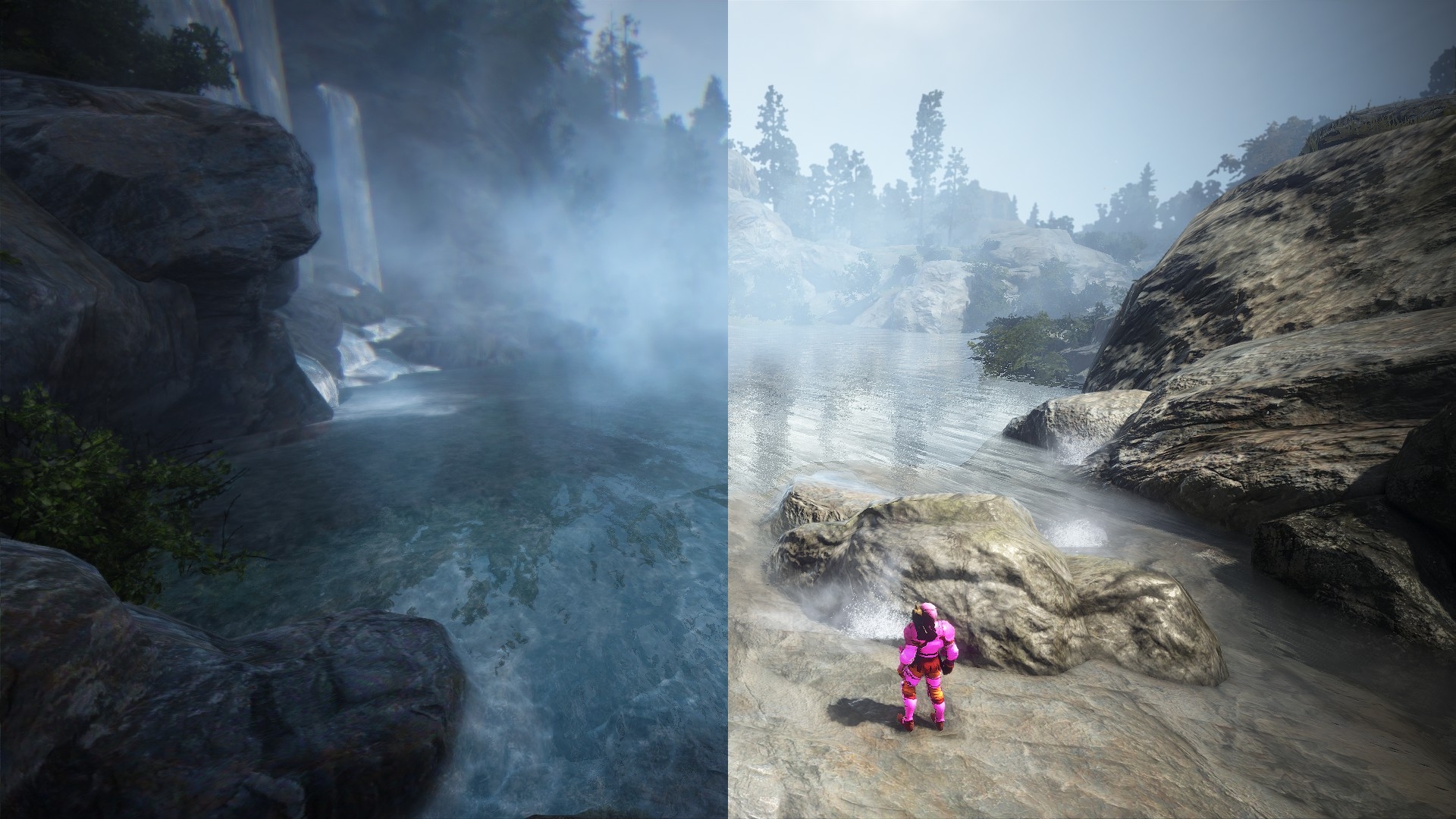 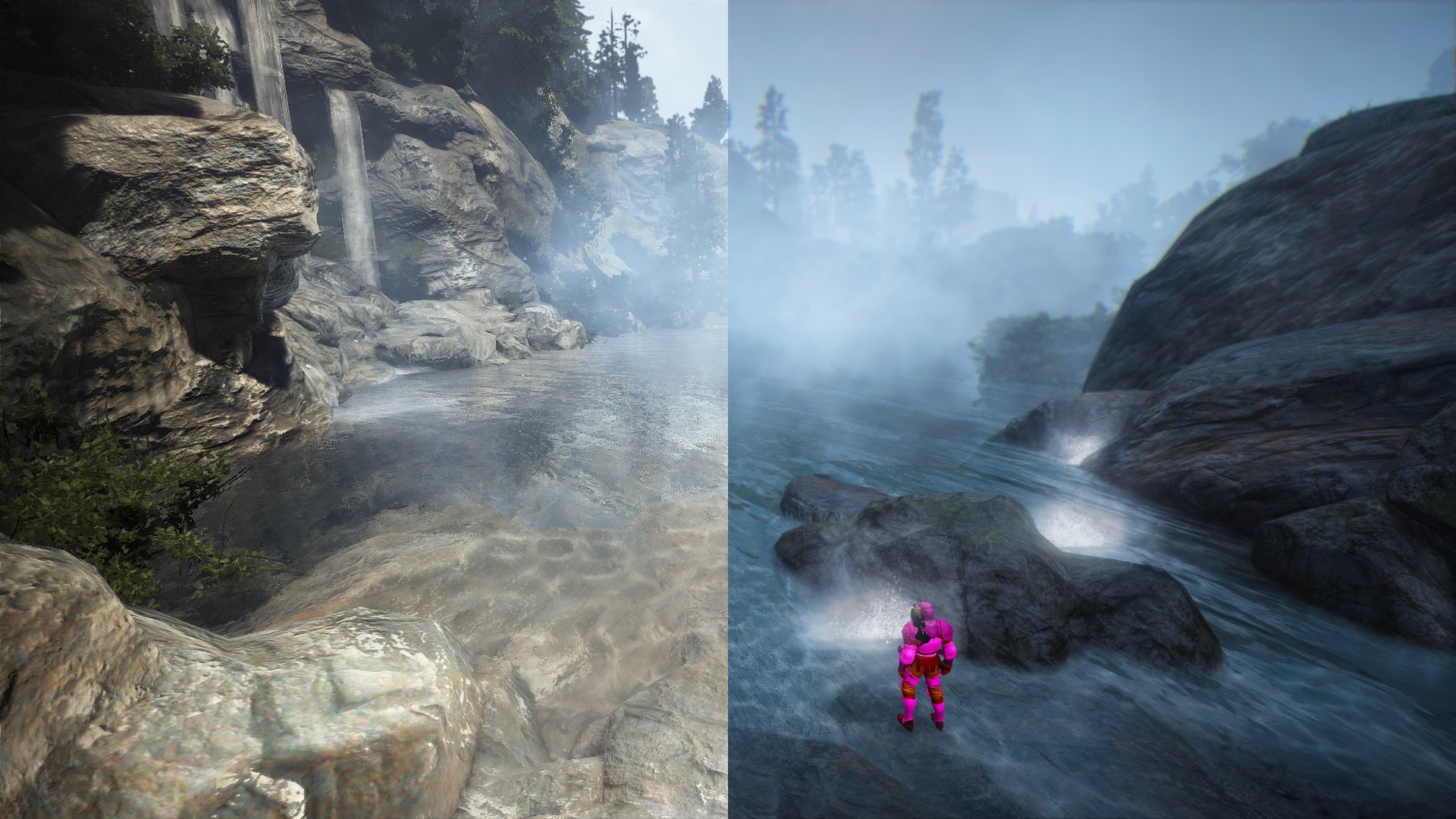