Hello everyone! I'll be giving you some tips about succession Sorceress for both PVP and PVE!

First of all, I'll start with add-ons, Here's what I'm currently using: 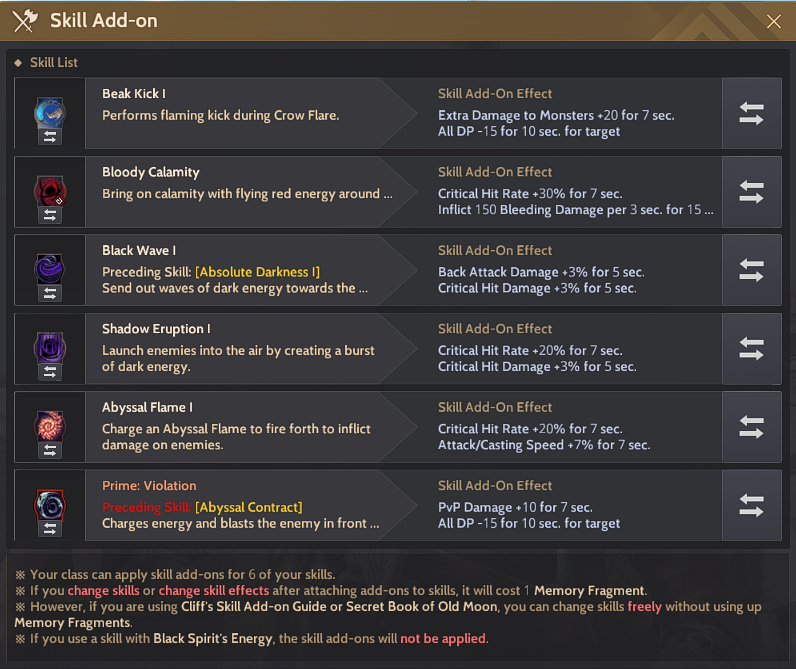 By the way, the add-ons effects do not apply until you actually hit the target, so don't go and use the skills unless you can hit your enemy ;p

If you're a new player that can't keep up with the CC mechanics just keep in your mind that your enemy becomes Immune to CC for 5 secs after being CC'd twice, but stiffness counts as 0.7 and not 1, so if you start with Stiffness or cast it after the first CC your enemy is CC'd at a value of 1.7 and not 2, so you can technically throw in a 3rd CC.

As for combos I would say that your Sorceress will be as good as you are as a player, there is just so much you can do I hate to put it by order since it will always depend on the situation, but the point is to react quickly to any enemy caught by any CC you throw then determine which type of CC it was so you can extend and kill your enemy.

Here's one of my favorite combos : Click here to watch the combo video.

I will also leave a picture to help you look at the combo while practicing it, I will include a PVE combo example too. 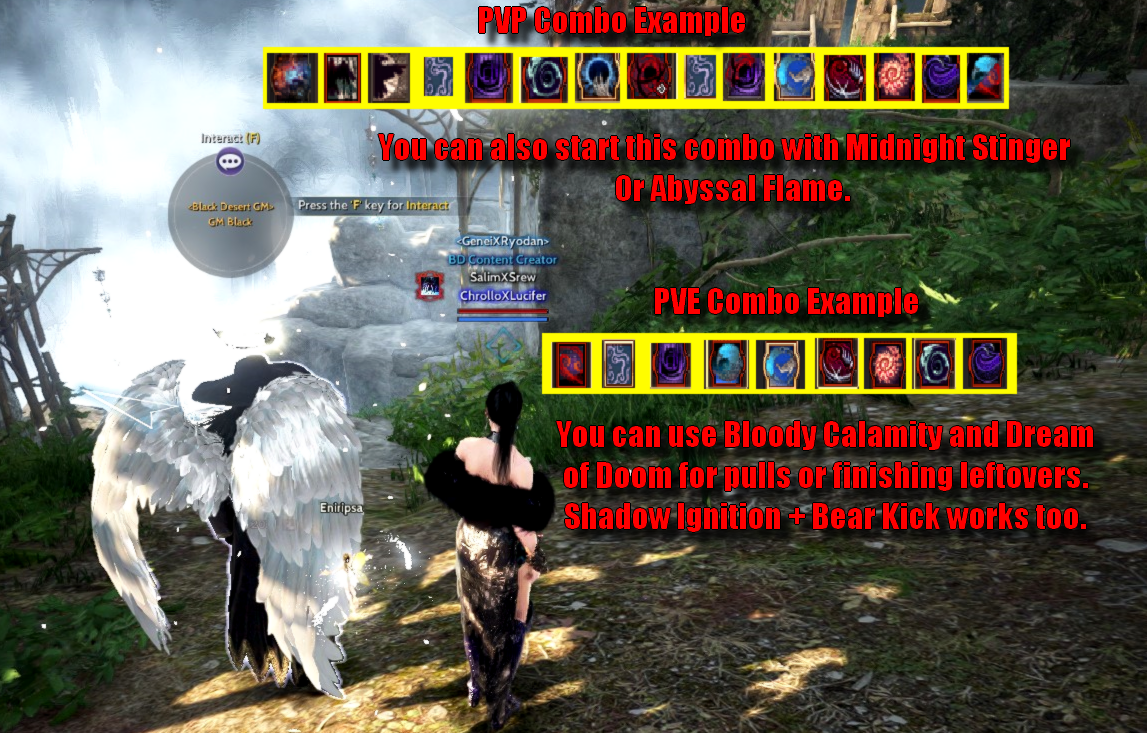 And last I would like to say that your judgement will decide wether you win or lose, you shouldn't play the same way every single time, in PvP sometimes you have to bait your enemy, sometimes you have to go all in and check how his frontal guard holds up to your damage while protected and think of how you'll want to fight from there, and always watch out when trading with enemies that have grabs, I mostly win against grab classes when I'm just reacting to what they do rather than go all in.

Also Sorc vs Sorc is RNG unless there's a ridiculous amount of gear and skill difference.

Have a great time everyone!

Sure I will update my guide, thank you so much for showing interest, it means a lot!

Hello, I updated the guide, and I recommend Succession for end game PvE.