- Defeat the World Boss during the event period for doubled drop rates of the items below!

* World Bosses do not appear on the Season Arsha, Arsha, and Olvia servers.

* The amount of Intact Nouver's Reverse Scale and Bloodlit Eye of the Desert you can obtain will be doubled, and their item drop rates will be unchanged.

Tips to Defeating the World Bosses!

The World Bosses appear in specific locations, and anyone can join the battle against them. You can see their spawn locations and appearance times below.
▶ Link to the World Boss Raid Timetable 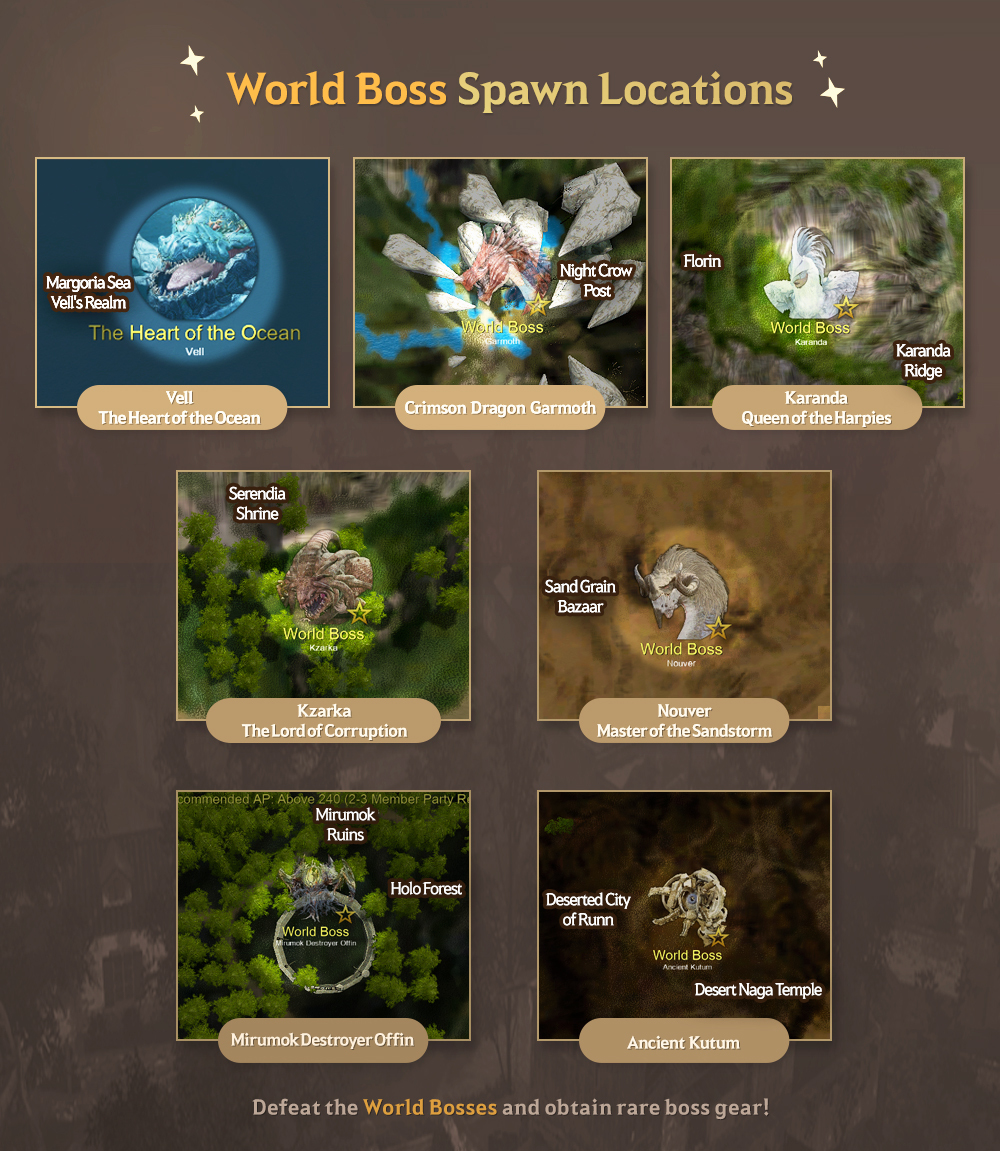 - You will not be able to find see your location on the map at Vell and Nouver’s appearance locations (Vell’s Realm and Great Desert respectively). If you’re unfamiliar with how to reach the appearance locations, you can use a compass to easily find your way.

Before you head off to the fight a World Boss, make sure you have sufficient AP/DP on your gear! Stay on your toes when battling a World Boss! If you die to a World Boss, you’ll receive a death penalty! WorldBossesdisappear if they are not defeated within 30 minutes after appearing.

- The HP of a World Boss is shared across all servers. Don’t worry if you don’t see your fellow Adventurers, you’re still fighting alongside them!

- The “empowered” versions of the World Bosses require you to deal 0.01% of their HP (shared HP across all servers) as damage to obtain loot.

① Defeat World/Field Bosses (excluding Vell) during the event to be 100% guaranteed to obtain the [Event] Old Moon Boss Seal.

* You cannot obtain [Event] Old Moon Boss Seal by defeating Vell, the Heart of the Ocean or Katzvariak.

② Bring the [Event] Old Moon Boss Seal to NPC Jetina and exchange them for the items below. 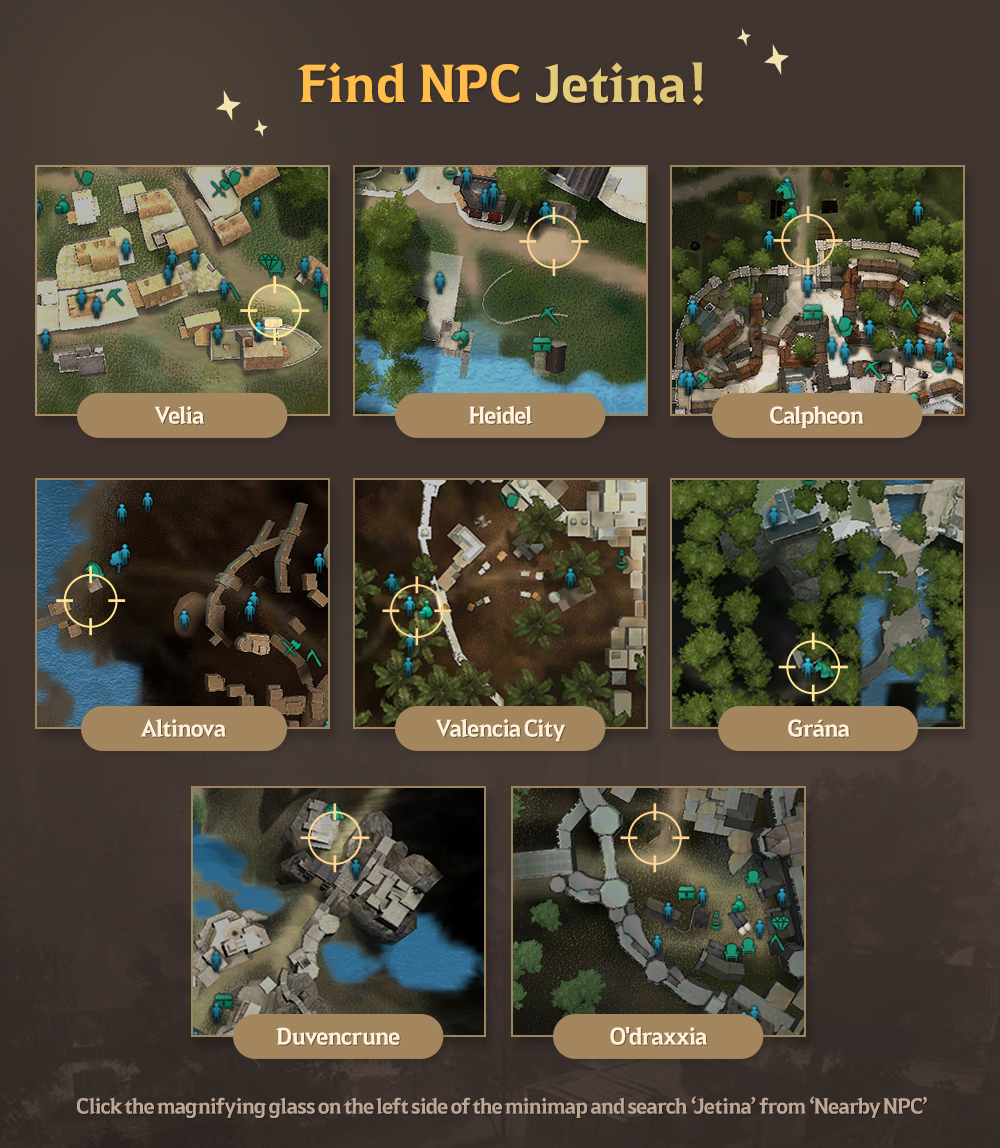 * The [Event] Old Moon Boss Seal can still be exchanged after the event ends.

- The World Boss spawn areas may include Combat Zones, so please pay close attention to your character’s safety. We are unable to provide any compensation or recovery assistance if you suffer losses due to normal in-game mechanics.