Take on the journey to stand atop the competition!

Let’s take the Regular Season by storm!
Take to the battlefield and get 3 wins each week!

🥇[Event] Seal of Perseverance can be exchanged for items!

Who is worthy to stand in the Arena of Solare?

After the first month of Arena of Solare, the top 5 for each class will receive Pearls!

Arena of Solare! Together we stand!

Win 3 times a week in ranked mode, the perseverance will be rewarded! 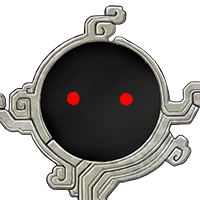 * The ‘[Event][Arena of Solare] Master of Solare’ is a weekly quest, and resets each Thursday at 00:00, and can be picked up from the Black Spirit.

* The ‘[Event][Arena of Solare] Master of Solare’ quest does not count towards the progress of Rulupee’s Adventure Log.

* The [Event] Seal of Perseverance can be exchanged with Shakatu in Altinova, and the exchange quests can be completed even after the event period ends.

* In addition to the Event Rewards, other rewards will be distributed at the end of the season depending on your final rank and tier.

Who are the early contenders to sit atop the Arena of Solare?

* Event rewards will be sent by mail (B) after the February 8, 2023 (Wed) maintenance, and the expiration of the mail is two weeks after the time it was initially sent.

* Rewards will be sent based on the final ranking immediately after the February 1, 2023 maintenance.

* Rewards will not be duplicated.

* If the win rate of the class you played the most is less than 50.0%, you will not receive any rewards.

* In cases of a tie, the same level of rewards will be paid out.
* If the number of games played in the Ranked Mode during the event period is less than 50, you will be excluded from the event.

Arena of Solare! Together we stand!

① Enjoy the intense action of Arena of Solare, and capture your most hype moments in around 3 minutes of video.

③ Make sure to share the link to the video below via the [Submit your video] button. Even just participating will get you rewards.

* After uploading the video, please make sure you submit the details through the [Submit your Video] link below, otherwise you will be ineligible to receive rewards.

* If the video was uploaded before the event period, it will not be counted as participating in the event.

* Videos under 10 seconds long will not be counted.

* Winners will be selected through an internal screening of videos.

* Pearl Abyss reserves the right to the ownership of adaptation rights for all screenshots, videos, and all other content submitted for this event. Pearl Abyss may also use these contents at its own discretion for promotional purposes without restrictions to time or location.

* If you are found to have participated in the event in an inappropriate way, such as stealing another person’s work or infringing upon another’s copyright, you will be disqualified from the event and have any prizes withdrawn even after the winners announcement.

* Pearl Abyss reserves the right to change the event prizes without prior notice depending on the circumstances.

* If your account is restricted for violating the Operational Policy before you receive the event prizes, you may be disqualified as a winner and have any prizes withdrawn even after being selected as a winner.