These are the updates made to Black Desert on November 20, 2019.

● Fixed the issue where Imperial Fishing Delivery, and Imperial Crafting Delivery for Cooking/Alchemy was available immediately after logging in.

Milk was like gold to Adventurers that enjoyed cooking. That is why the method of obtaining them was changed slowly compared to other ingredients to maintain their value. However, the demand for Milk increased even more after the Imperial Craft Delivery rework. Therefore, we have decided to increase the amount of Milk that can be gathered. Additionally, we will continue to monitor our data and perhaps increase Milk supplies as needed.

● The maximum number of War Heroes allowed for Node Wars in certain nodes were changed to the following.

- The number of war heroes allowed in the node will be displayed when mousing over the node in the World Map (M). 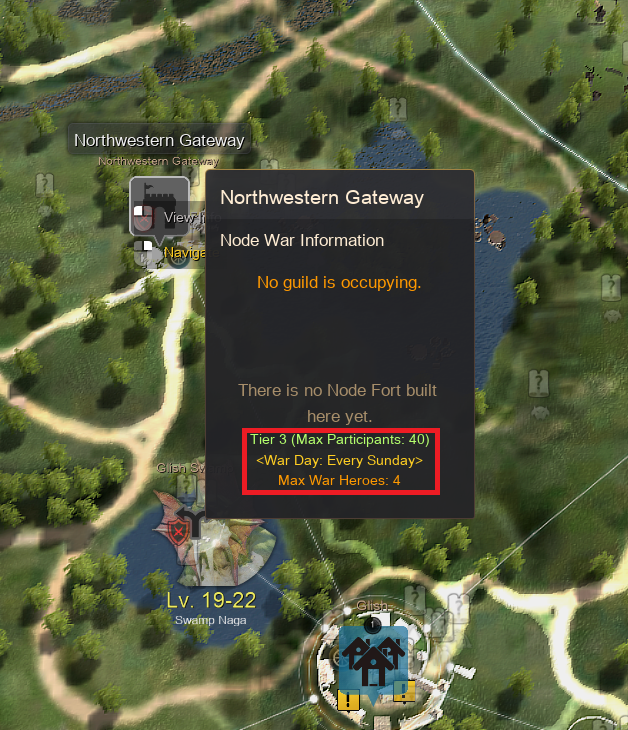 Imperial Craft Delivery, methods of crafting cooking boxes in particular, were re-adjusted.
The major reason for this change was to adjust the difficulty of crafting these boxes to match their grade. Cooking efficiency is directly correlated to how the ingredients are gathered. So, cooking with the less ingredients that need to be gathered personally by Adventurers makes the food more efficient to cook. Looking at the previous item list, certain foods required ingredients that were extraneous to gather while some of the higher-grade food used ingredients that were easier to obtain. The amount required was also re-adjusted so that the overall profit from the boxes isn't affected. However, we adjusted the food harder to make to be required to make the higher-grade boxes while food that are easier to make were changed to be put into the lower-grade box.

- The number of Drieghan Male/Female Goats, taken care by the Kagtum, was reduced.

- The number of Blood Wolf was reduced.

- The number of Kagtum Warden and Kagtum Chaser were increased.

● The reward for defeating the Kagtum Guard that appears by chance when 3 or more Kagtum Prisoners are freed by destroying the Traitor's Jails was improved. The increased drop rates of items are listed below:

- The mount skills Courser's Spirit and Two-seater cannot be toggled.

- The camera angle when mounting the Epheria Carrack was improved so that it would zoom out and widen your view once you start sailing.

- Pressing "R" while moving or using sailing skills on the ships mentioned above will stop the ship quickly, which makes it easier to get off the ship.

● The knowledge can be obtained from the following NPCs:

● The location where Storage was being displayed as a title in the UI was changed to match the location of titles on the other UI.

- The title of the Storage UI will now be displayed like "Velia Storage".

● The guild storage UI was also changed to display the title like "Black Desert Guild Storage".

- The progress bar for Gathering and Processing on the Life tab in the My Information (P) window shows the mastery from the life skill and the mastery from equipment is displayed below it."

On November 12 (Tue), we added a new life skill level - Barter - that can be obtained by bartering in the Black Desert Global Lab.
This is an improvement for adventurers enjoying the Great Expedition, so they can earn profits through bartering and earn life EXP at the same time.
Barter will be formally added in the update on November 27, 2019 (Wed). The exact details may be adjusted before this update, but for today, adventurers will only be able to see the changed UI of the barter information window.
While you won't be able to see your life skill level go up by bartering, the number of barters you've accumulated since the arrival of Great Expedition will be converted to likeskill EXP during the formal update next week, so please look forward to it! Additionally, we plan a convenience update for Adventurers that explore the sea, such as settings to find sea routes and improvements to ship maneuverability, so please also look forward to this as well.

● Fixed the issue where the set effects of equipment that increases life skill mastery was not being applied properly.

● Fixed the issue where clicking the [Upload] button in Setting Archive then clicking the [No] button on the message that is displayed would show a loading screen and did not proceed.

- The Anchor button will continue to be displayed as long as you are in 60 range of a barterer."