Since our clan is about 2 months old and is a pve / life skill one, we don't have such a super-funny moment. However, I will tell you about an event that we had fun with. About 1.5 months ago, we had a new friend who joined us. He was fast, dynamic, and inclined to PvP. After entering the guild, in the process of getting used to the game Lv. 56  and Lv. 58 game support boxes had come by his chance. With our guidance, he was learning the game and trying to make money. While grinding in the Kamasylve region near the Polly's Forest node, he starts fighting with some players and starts to PK. We also warned him not to PK because of the Karma drop. Anyway, after a few battles, he said that their guild will start a war. As a medium guild that had never started a war or fought in a node war, I said that they can do whatever they wanted. I wish I didn't say that. :D It turned out that the guilds that are smaller from ours could declare a war on us ( we learned it on this occasion). They started to kill our friend. I said "I'm coming there, at least you won't be alone, we can try to deal with them together but all I trust is my gear, I'm not that good as a player. :D I went there and we fought several times but got the whip hand of us. There were 3 of them. Our friends from the guild who have seen us dead several times, started to ask where we were, they also wanted to come and fight. Of course noone has the "must have" gear or items because we're a lifeskill guild, but we had a couple friends who got bored of PvP and joined us; they were pretty experienced of this situation. One of our guild friends who was into PvP before, who was playing a Ninja, said that he wanted to join us and we said, okay. Our friend came from the desert, almost reached to Grana, other players have disappeared :D We sent PM, tried to reach them but we couldn't. It turned out that they got tired of killing us. :D And our friend came from all the way from the desert to Grana. I didn't want it to be a disgrace, so I offered him to go grind Mirumok. :D This was the funniest situation that we've ever had. I don't know how funny or entertaining it sounds to you. The intention was to share. I wish everyone to have a good time:) 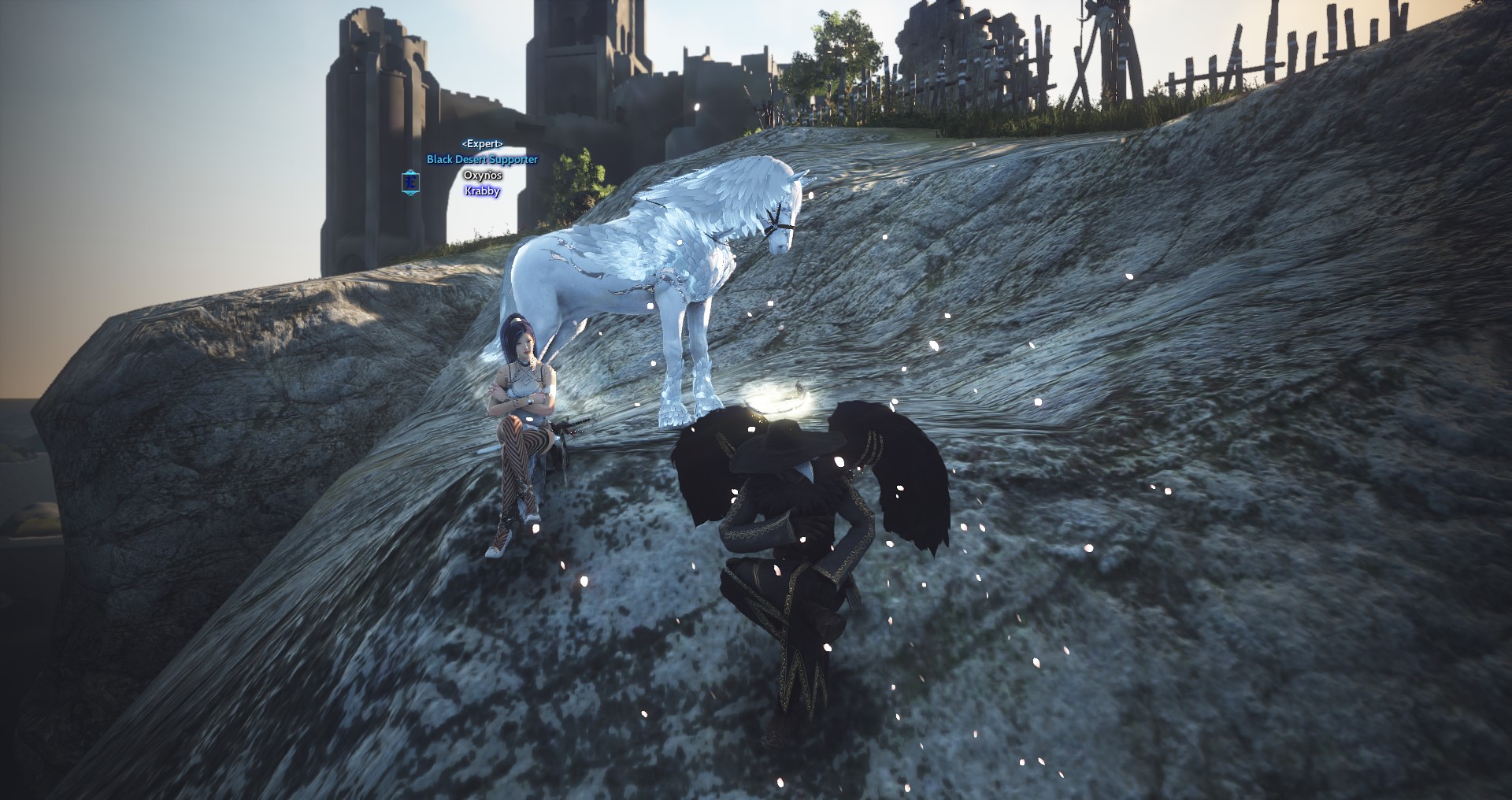 GM: What is your guild name? Please introduce the meaning of it if there is any.

Expert: Our name’s story is a bit complicated, but I will try to summarize. The previous guild’s name was Hunting which is our favorite life skill. We disband that guild because of some reasons and then we started to consider our return. When we thought that, we decided to name guild something like the Turkish meaning of expert this time. So, became Expert.

GM: When was the guild created and what made you create the guild?

Expert: We created that clan in September. We were in a PvP Guild before creating the guild and after our previous guild disbanded, some other players went to guilds which focused both PvE and PvP. One of the reasons which caused disband for previous guild was our demand to make PvP. We decided to break up because of disputes and our averseness to PvP. Then we created Expert with the same friends at the beginning of September.

GM: Was there any reason to participate in the event?

Expert: Mostly because there is no one who dies PvE or life skill like the old times. Most are players interested in PvP. For that reason we had hard times to find new players. Actually, we are still struggling with that. As a supporter, I’m trying to help other players and I'm inviting them to our guild. We are trying to expand our guild with new players, so we decided to participate to the event.

GM: Please tell us about the story that you sent to us.

Expert: Story is a bit funny because we don't have much knowledge on PvP. There are many contents in this game but we are not interested in PvP. For that reason, I think this story which happened in Kamasylve may enjoy other players. One of our friends was a new member and he/she was grinding at Polly Forest. There was a combat for the area between our friend and others. We were using gifted 56 level boxes while during that time. All were around 230 AP and 280 DP so, they fought for a while but then our friend started to die continuously. They called us to help them and we went there with a small group. But then other friends which far away started to come when they heard we are dying continuously. Our enemies were not so many but they knew how to PvP. We were dying continuously but at the end a friend who have knowledge on PvP wanted to come to end this situation. When they began moving, our enemies disappeared. Maybe they heard that our friend is coming. When our friend came to Kamasylve from Desert, there was no longer an enemy waiting. 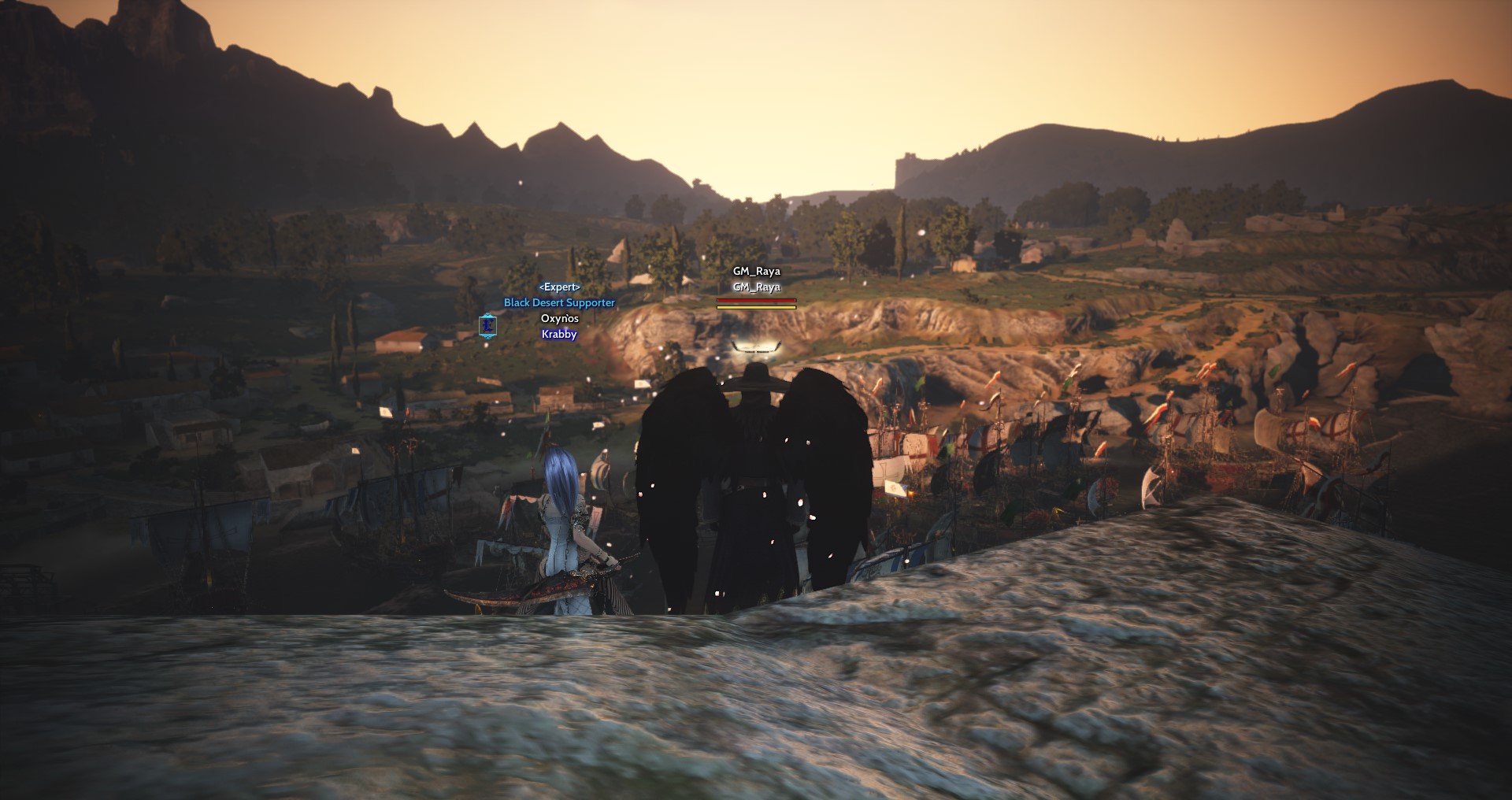