The Executive Producer in charge of development for Black Desert, Jae-hee Kim, announced the 2020 Development Plans at the Calpheon Ball.

He recapped the changes that followed after the Heidel Ball and the various new updates coming in 2020 for Black Desert. Let’s check them out!

After the Heidel Ball...

- There were a variety of improvements added after the Heidel Ball. Here is a short list: Buff UI rework, talking with NPCs while mounted on horses, made more ways to get enhancement stacks, unified the UI, Imperial Delivery rework, and more.

- The Great Expedition, Altar of Blood, Shai Talent, music composition, and other tremendous updates came in.

- We were not able to show O'dyllita and Territory War as of yet. There are still a number of details that need to be worked out for them to fit the world of Black Desert. Please be patient with us as we strive to deliver quality content.

- As for Fish Farming, it was presented as a possible idea in the past but it received such good feedback that we expect to start developing this content soon.

- We are focused on getting Succession out for the pre-existing classes. The original plan was to have all of the classes out by the end of the year, but we wanted to make sure we are putting forth quality content.

- This is especially true with Berserker Succession. It was pretty close to completion, but it lacked refinement so it’s undergoing development again.

- Succession will continue to get released in mid-January starting with Witch & Wizard. They will be followed up with Striker, Mystic, and Lahn in the coming weeks. 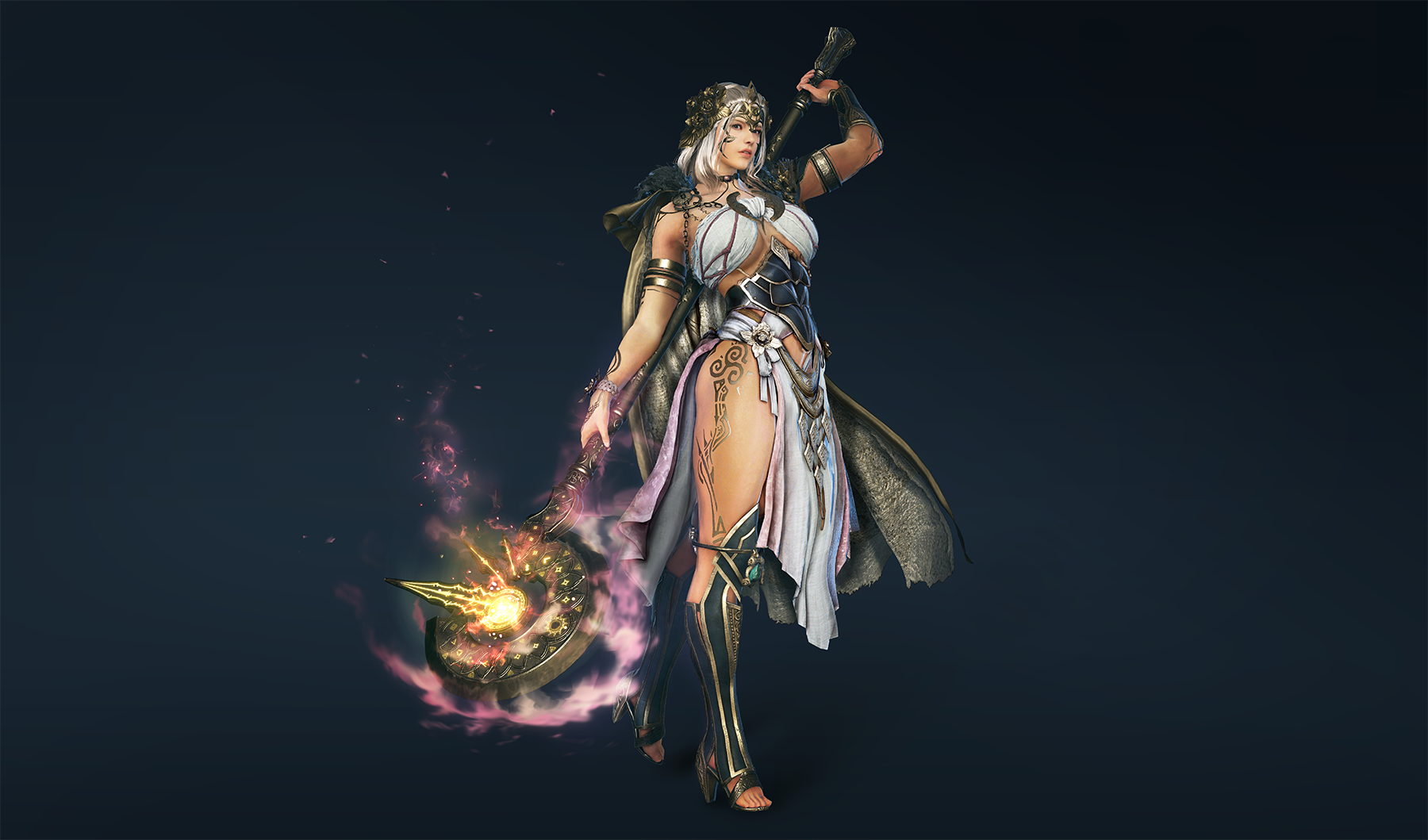 - Guardian makes her pact with the Black Spirit knowing that she will lose her memories. This was so that she can descend from the Mountain of Eternal Winter to reclaim Ynix, the Holy Flame that can immolate gods.

- She meets the followers of Ynix and undergoes the trial of the Holy Flame on her journey with the Black Spirit.

- Guardian comes in possession of Ynix to become the judicator of the flame. She will wield a new mighty weapon to slay her enemies.

- Guardian’s Awakening Weapon looks like a pole weapon but it has the Holy Flame burning in its blade.

- Guardian will be able to use devastating skills with her newfound powers. She will learn skills where she takes flight and crashes down to the ground, brings forth incredible might with a small gesture, and other awe-inspiring skills.

- Guardian Awakening is being developed in full-force and is planned to be revealed soon. Stay tuned!

- Black Spirit, Edana the ancient, Elionism, and Sylvia are some of the cornerstones in the worldview of Black Desert. Another chapter of the tale pertaining to the children of the goddess Sylvia will be added in O'dyllita.

- The story will follow the Ahib that were chased out of Kamasylvia due to their frantic vendetta, the secrets behind the once arid land of O'dyllita, and the immortal alchemist Caphras.

- New and exciting battles against Turo with their rugged body and cow’s head, formidable golems powered by ancient civilization’s technology, and the Ahib (the Vedir that were chased out by the Ganelle’s persecution) will be revealed to our Adventurers soon in 2020. 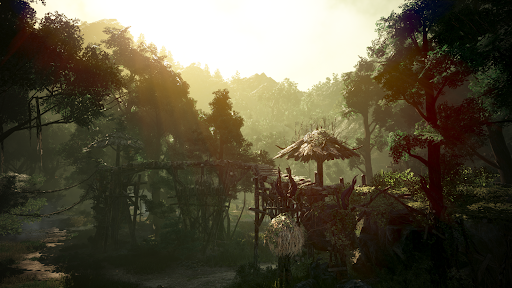 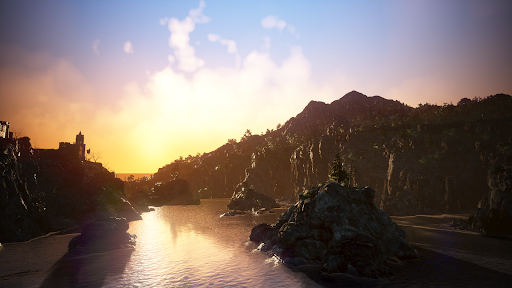 ▲The view by Thornwood Castle 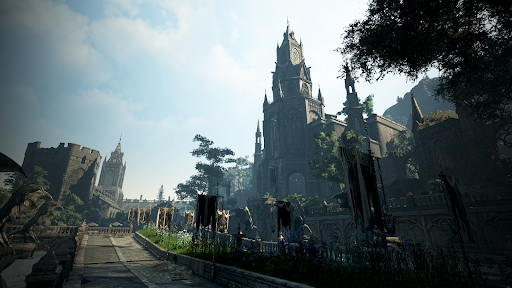 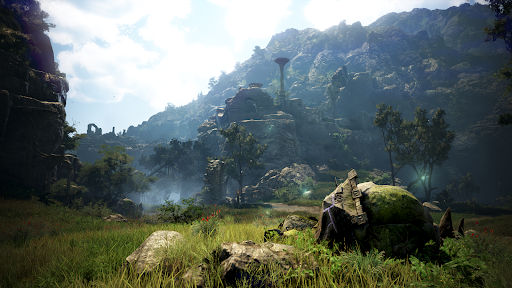 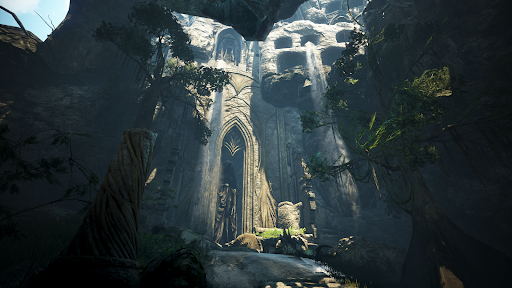 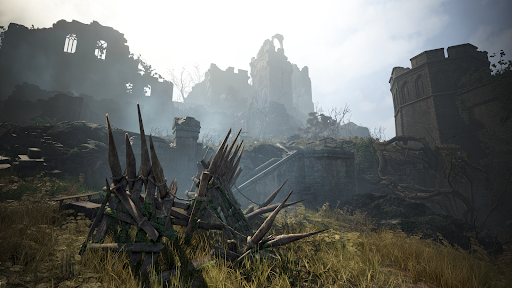 - Thornwood Castle is located on the south end of O’dyllita. Unlike before, the new zone on an island will include both PvP and PvE options to Adventurers. 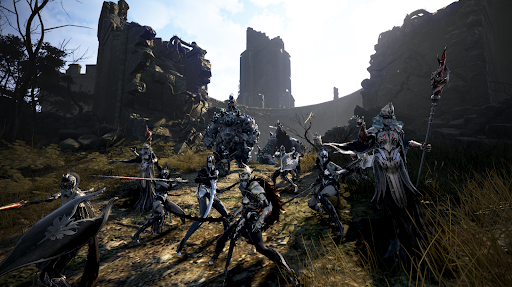 - There are multiple entrances in Thornwood Castle. At first, Adventurers can access the castle through one entrance. Adventurers can go to the center of the zone as they complete more missions.

- Adventurers in this zone can choose to fight each other or cooperate with one another.

- This zone will be included in the O’dyllita update that will be in the future. We are planning to add more details related to that content, so please be sure to check out Global Lab. 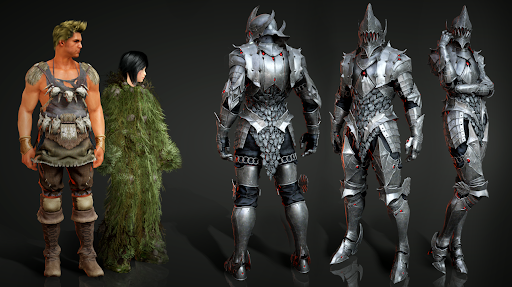 - We will carefully make changes to the existing boss defense gears to ensure that it still holds value. 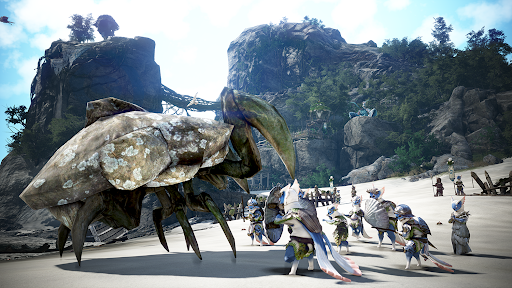 - Papua Crinea is an island region located on the outskirts of the world of Black Desert and the home of the Papus and Crios, the two iconic fellows well-known for their cuteness. Here, they are waging a massive war against each other called ‘The Thousand Years’ War’. 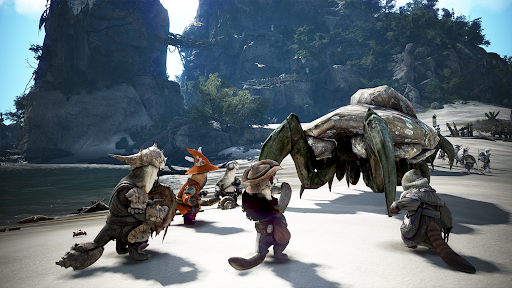 - The Papus and Crios you are going to meet on the isles are going to be quite different from the ones you have met in other regions. Many of the activities such as dialogues, quests, and knowledge will be applied with unique rules established by the native islanders.

- You will have to pick a side between the Papu or the Crio on the isles. Fight monsters, or do a series of quests for one of the camps to participate in their war for survival!

- Due to the hostile relationship between the Papu and Crio, you will be on bad terms with the Crio if you help the Papu, and vice versa. Knowing that they are at odds for a thousand years, this is no surprise.

- It’s hard for them to lower their guard as they’ve been waging war for such a long time. The Papu and Crio you will meet on the isles mostly do not welcome outsiders. So, how do we befriend these fellows then? Stay tuned for more details that will be revealed in the Global Lab next week.

Black Desert will continue to deliver exciting updates in 2020 that our Adventurers can look forward to.

Starting with Papua Crinea where the secrets behind Papu and Crio will come to the surface to the awakening of Guardian as she takes on the trial of the Holy Flame, and many more!

As appreciation and to express our sincerest gratitude for the unwavering support you’ve given us in 2019, we’ve prepared gifts in the form of Advice of Valks (+100) and 200 Cron Stones.

We wish all our Adventurers happiness for 2020.

- The mail containing the Advice of Valks (+100) and Cron Stone x200 will expire on January 8, 2020 (Wed) before maintenance. Please make sure to collect the items contained in this mail before this expiration date.