These are the updates made to Black Desert on April 1, 2020.

Node wars that take place in each of the territories every day, is a content where guild members unite as one to conquer nodes. However, the meaning of these battles degraded due to multiple factors, resulting in “sticks” that only wait for opportunities, and instances where there wouldn’t be any combat at all. Therefore, we are preparing to revamp the node war rules in order to bring back the fun. In the meantime, we are implementing changes to the existing rules, as we did not want to leave the situation as is while preparing for the revamp.

Through this update, we decreased the number of nodes in Balenos, Serendia, Calpheon, Mediah, and Valencia by approximately 30%, from 154 nodes to 108 nodes.

The prices, types, and performance of Forts and Annexes have been adjusted to suit each tier. Now, they must be purchased according to the type of war you wish to participate in (node or conquest) and its tier.

The durability and performance of Annexes have been adjusted according to its tier. The increased max durability will allow battles to go on for a longer duration. Furthermore, the damage of Hwachas and Flame Towers against humans has been increased greatly, making them more effective while defending.

Finally, the price of Forts and Annexes has been adjusted according to tier. The prices were lowered for tier 1 node wars and increased for tier 2, 3, 4, and conquest wars to suit the amount of tax reward received when conquering a node or territory. Also in lower tiers, the prices of Forts/Command Posts were increased, but decreased for Annexes to make them more affordable.

We will continue to make improvements to Node/Conquest Wars for more intense, fierce battles, and work hard to introduce the new rules as soon as possible.

- You must now purchase tier exclusive items to participate in Node/Conquest Wars.

- Changed the prices of all annexes (Forts, Command Posts, Flame Towers, Supply Depots) for Node/Conquest War according to tier as follows:

※ Guilds in possession of these items will be reimbursed through Guild funds, matching the value the items.

- The nodes in all of the territories has been decreased from 154 to 108 nodes. Thus, the amount of tax received for conquering nodes has been increased by around 30%.

※ Increased taxes will be applied after the maintenance on April 1 (Wed).

※ All forts across the Black Desert world have been removed due to the decrease in nodes. Forts built in to participate in the Node Wars on April 1 (Wed) will be reimbursed accordingly during the maintenance on April 1 (Wed).

- The "Sturdy Barricade" crafted from the Siege Weapon Workshop can be used in all Node Wars and Conquest Wars regardless of tier.

● Changed so that adventurers traversing through the desert will no longer be susceptible to heat stroke or hypothermia, as well as their Sailors who are exploring islands or navigating through the seas won't have to worry about their health deteriorating.

Today's update has changed conditions for adventurers who will no longer be able to get heat stroke nor hypothermia while traveling through the desert, as well as their sailors' health will no longer worsen while they are out exploring on their ship.
This update will not be discontinued after one week, but persist for the time being until further notice.
We hope everyone will remain safe and sickness-free, just as adventurers shall soon be in Black Desert. Thank you.

- This update will persist until future notice.

※ However, keep in mind that your sailors' health will deteriorate if there is no food onboard, remote collection is used on the ship or the ship has been sunk. 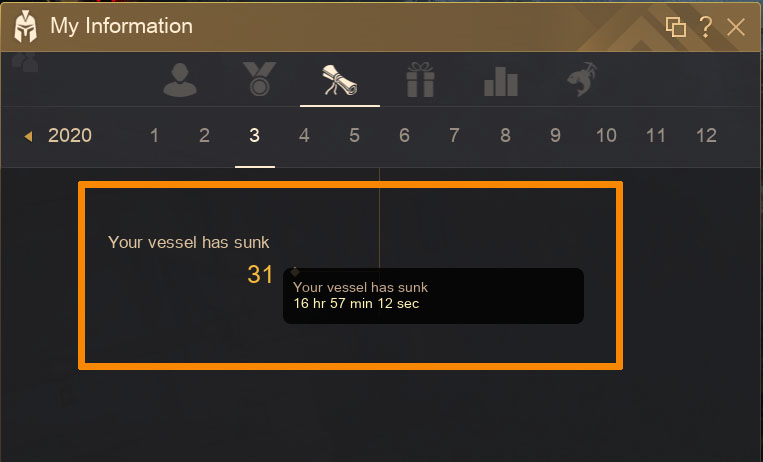 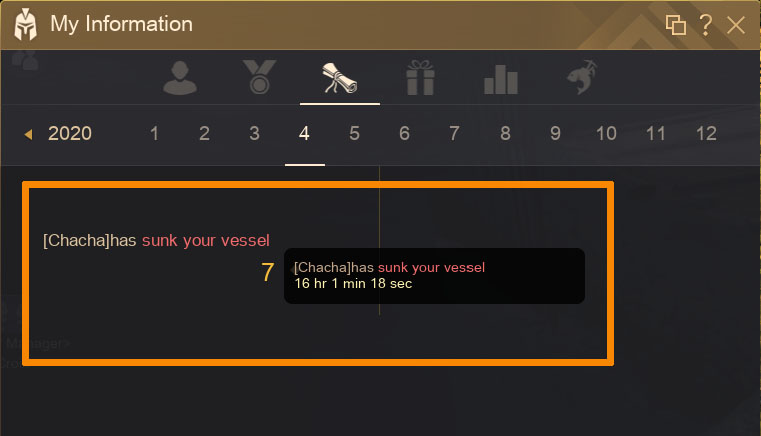 * The following All Evasion and DP increase effects will be applied when activating Discharge Energy on the above skills:

* Thus, Prime: Wolf's Fang can be used instantly with the above skills.

- If you have already completed the above quest but do not have the knowledge, talk to Grusha to obtain the [Knowledge] Giath""s Secret.

● Fixed issue where pre-renewal Mediah Main Quests were displayed in the Quest window (O) for players who have not progressed through the pre-renewal quests. 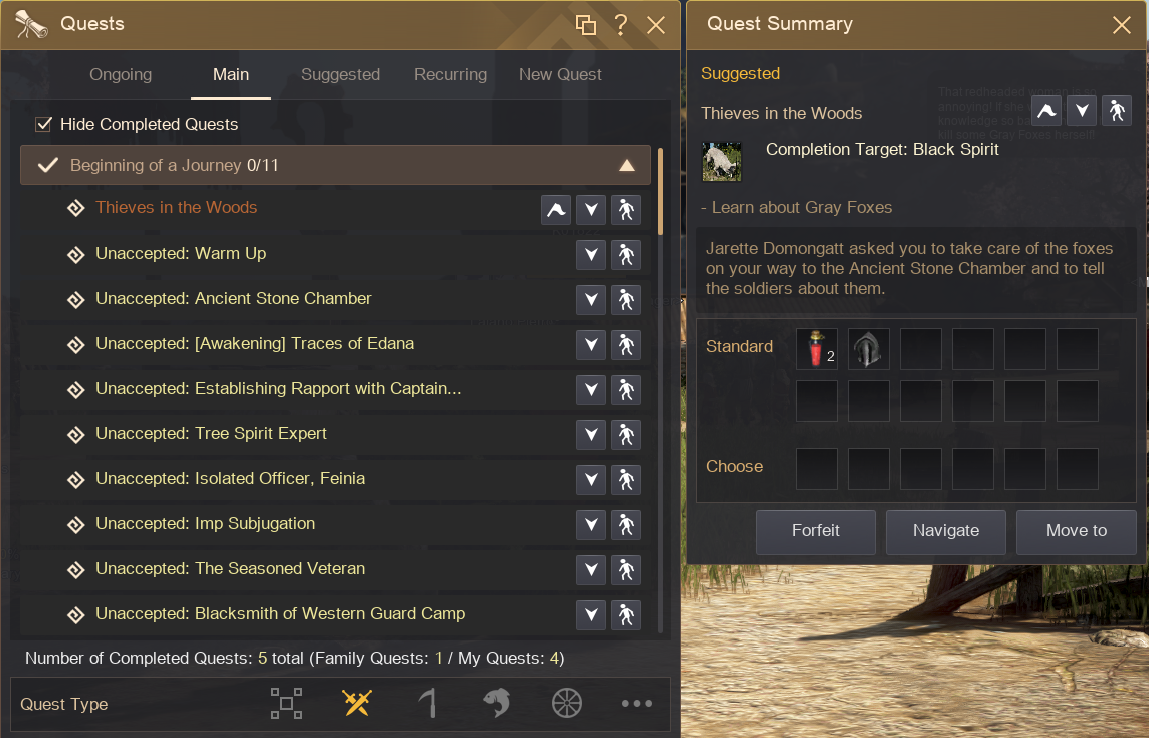 - Buttons for ""Grab ship's wheel"", ""Move to ship's wheel"", and ""Call ship"" will appear when you click on the ship icon on the upper left-hand corner of the screen. 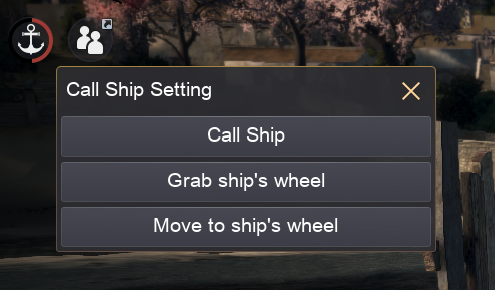 - You can use the "Call ship" hotkey in the same manner as before.

"Many adventurers utilized the "Grab ship's wheel", "Move to ship's wheel", and "Call ship"functions which were all usable by left clicking the ship icon.

However, since all three of these functions were accessible through just one icon, there was some inconvenience especially when adventurers needed to confirm their distance from their respective ships before using "Move to ship's wheel" or "Call ship".

To solve such inconvenienes, we decided to add separate buttons for each of the three functions, and also changed the required distance for "Move to ship's wheel" and "Call ship" functions to be easier to use than before.

- You can press ESC to temporarily hide the window.

- The window will reopen if you mouse over the arrow icon of the hidden window.

- A message will now appear if your current number of skill points aren't enough to learn new skills in the Learnable Skill window.

- You can confirm the skills you've learned by pressing the Learn button in the Level Up Info window as well.

- Changed the amount of consumed stamina to increase depending on the total number of times Request Chat Ban has been used.

- Tears of the Wind item description