Thanks to the recent, explosive support of adventurers in the Turkey & Mena servers, we are preparing to add two additional event channels to further enhance and provide a more enjoyable gameplay experience for all adventurers. Please refer to the details below for such information on when and how long the added channels will be operated.

We the Black Desert TR & MENA team will continue in our ongoing efforts to provide the best gameplay experience for all adventurers. 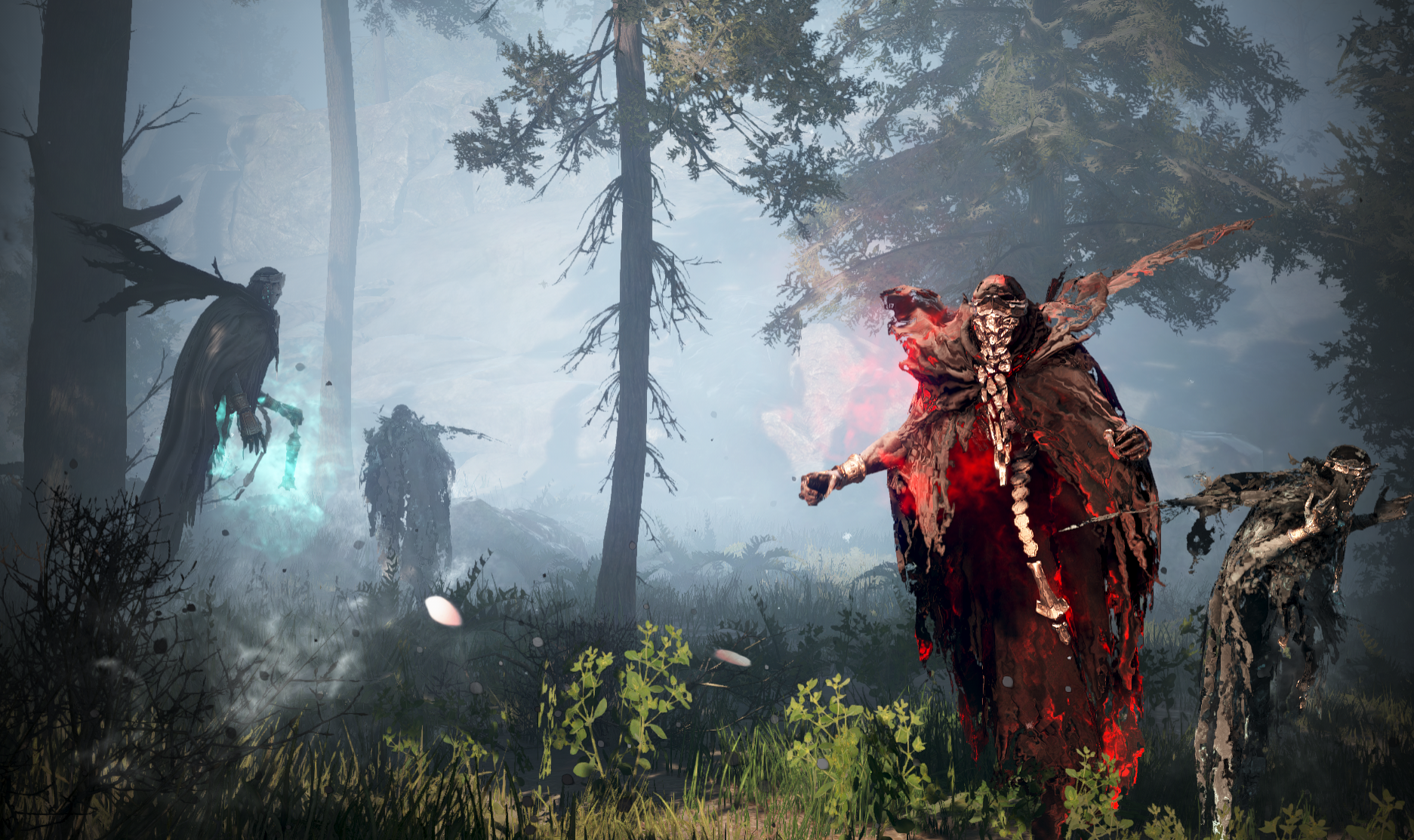 Ash Forest requires 300 AP and 400 DP, making it the hunting ground with the highest recommended AP & DP levels. Take caution when venturing to these dangerous woods.

We hope to extend this new goal for many adventurers seeking to become the very best. Just as many challengers rose up to the challenge in the Valencia - Part 2 update where we first introduced Aakman and Hystria, we await in eager anticipation of the day when adventurers will conquer Ash Forest.

● The following monsters make their debut in Ash Forest.

● Added new accessory, "Deboreka's Necklace", which can be obtained by defeating monsters of Ash Forest. 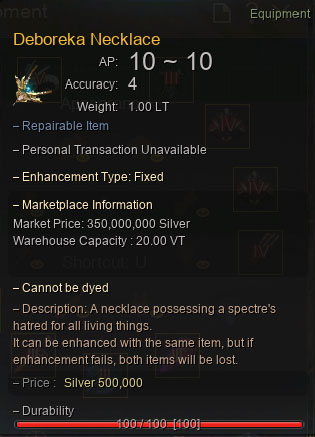 ● The spectres of Ash Forest are overflowing with hatred for the living, hence will not be so easily swayed by summons or other magic.

- When a character approaches, the monsters of Ash Forest will ignore any summoned creatures and attack the character first.

- Monsters will only attack summoned creatures first if the character has the maximum number of monsters attacking them.

In addition, we are continuing to look for specific ways to make more meaningful "challenges" and "rewards" that World Bosses including Garmoth can offer for our adventurers. At the same time, we don't want to completely alter your "play patterns" by suddenly increasing difficulty levels. 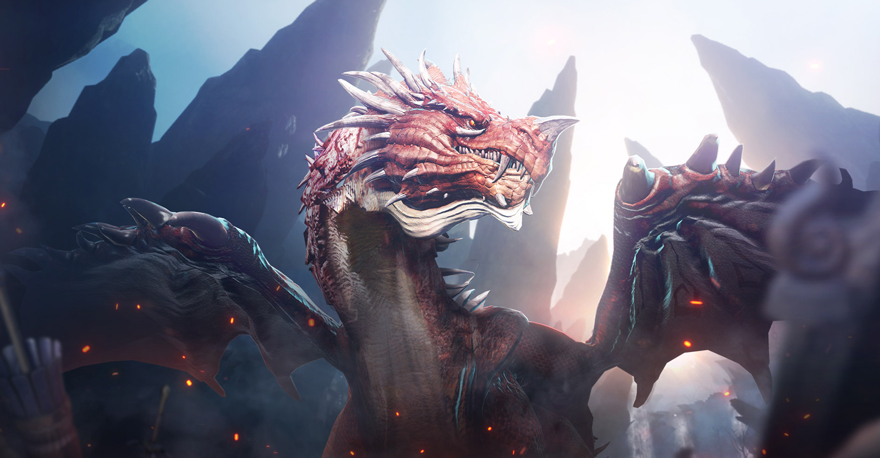 - Removed the statues' interaction with Garmoth when she first descends and when her health reaches certain levels.

- Changed for when Garmoth takes flight and is absorbing magic energy, it needs to be broken a certain number of times.

- If Garmoth is not stopped from absorbing magic, she will then begin to start casting a strong magical attack.

- Increased the health and number of the Kagtums that appear when Garmoth roars and takes flight.

- Fixed the issue of Garmoth immediately taking flight right after landing on the ground.

The split damage effect is when the total amount of damage is reduced when attacking multiple enemies or the damage that is split depending on the number of enemies within the skill's area of impact. While it was our goal to purposely apply it only to certain skills, we discovered the effect was also being applied unnecessarily to a certain number of skills. Thus we began combing and inspecting through all of the skills, and here we removed all unnecessary skill effects that were being applied to the Sorcerer, Valkyrie and Archer skills. Now you can check for skills that have the split damage effect in their skill descriptions.

● Changed the following 4 cooking items from green grade to blue grade, and also increased the food supplied from 100 to 240 when used as Emergency Food Supply.

● Improved [Guild] Sea Monster's Neidan to be craftable 10 items at a time.

● Fixed attacks that apply debuffs to properly apply to the monsters in the Blood Wolf Settlement of the Drieghan region.

● Changed Bochlo knowledge to be obtainable by talking to the NPC if it has not been learned yet.
● Fixed the issue of appearing to be submerged underwater when moving the camera in certain areas of the Cokro Chamber.

● Added more information in the quest description of "Collecting Traces" regarding where to find the NPC to reobtain the item required to complete the quest.
● Changed the following quests to be obtainable when quest preference type is set to Combat.

● Changed the message that appears when abandoning quests to be more accurate and detailed.
● Fixed the quest completion text for "Black Spirit's Gift (Adventurer's Tome)".
● Fixed the issue of the Vengeful Spirit of Cron's name appearing incorrectly.
● Fixed the issue of being unable to obtain the re-acquired quest Hand over Dim Magical Sub-weapon.

● Fixed the issue of previously-invested Node Investment Level gauges remaining on the World Map (M) Node Information window.
● Added spacing to messages that depict the date and time, minutes and seconds.
● Added details on expiration dates to Weapon and Combat/Skill Exchange Coupons' item descriptions that have expiration dates.
● Fixed the issue of the fog not clearing even when having discovered all of the Nodes in certain areas on the World Map (M).
● Removed the word "Difficulty" from the Dark Rift list, and now only displays the relative difficulty word (Normal, Hard, Very Hard).
● Fixed the issue of Occupying Areas text overlapping in the Guild Information window.
● Fixed the issue of the explanation text regarding the amount of silver in the Inventory and Storage overlapping in NPC's Repair menu windows.
● Changed the system message that appears when adventurers try to loot an item when there is no inventory space in the adventurer's bags to display more appropriate text.
● Fixed the issue of certain unaccepted quests' Navigation button not appearing in the Quest Summary window.
● Changed the appearing time of alerts on the bottom-right corner of the screen such as the low durability notification from 60 to 6 seconds.

- However, this doesn't apply to Central Market notifications.

● Added a message to display lack of funds when attempting to Recover Guild Mounts in the Guild Stable while Guild Funds are lacking.
● Fixed the issue of the abnormal production time being displayed in the World Map's (M) Mass Production window.

● Fixed the text of the names, items, quests and even knowledge of certain monsters to appear more natural.
● Fixed typos in the following skill descriptions.