Black Desert's first Season Servers have finally opened. We hope that many new adventurers will be able to join and bear witness to the fruits of our long, hard labor. We shuffled through a variety of ideas during development, and we came to settle on three main points while preparing to launch the Season Servers.

First, we wanted to aid new adventurers to adjust quickly by rewarding them strictly for their efforts alone. We wanted to avoid any situations where an adventurer would be entrusted with overwhelming power from the get-go. We especially focused on ""gear"", an area most stressful for newcomers to Black Desert. With ""Tuvala"" gear and ""Time-filled Black Stones"" which are only obtainable on the new Season Servers, we made it easier to obtain and enhance boss-level gear. However, similar to how adventurers graduate from the mantle of novice by learning how to enhance gear to TRI-TET-PEN levels, enhancing this new gear won't be that easy, and will require a considerable number of ""stacks"" to boot. This will offer a somewhat milder introduction to Black Desert's unique upgrade system, so new adventurers will be able to laugh and cry as they  gain a sense of accomplishment and adjust to the same content that other seasoned adventurers have been exposed to all this time. We believe this will create a healthy cycle that we will continue to maintain and base future content on.

Second, we wanted to provide a never-before-enjoyed exciting experience in the opening of a new server in Black Desert. While the Olvia servers were implemented as the original growth experience and have been maintained well thus far, being always open has somewhat lessened the initial feeling of excitement. We believe that the seasonal operation of the Season Servers will be able to fill in that gap. Therefore, there will be certain restrictions such as being unable to equip already-existing gear and mounting dream horses in these servers. We wanted all adventurers to start on equal footing, and deliver the sentiment of ""A new server's open! Let's go-go-go!"" Of course, it is impossible to launch something at 100%, but we hope that when many adventurers come together, they'll be able to experience a more abundant and livelier MMORPG world.

Third and lastly, when the season comes to a close and characters are transferred over to normal servers, we wanted to make sure adventurers would be continually supported while adjusting. Black Desert is chock-full of content it has accumulated over the years. While this is a huge strength, it can also come off a bit daunting. While most of the content is unrestricted on Season Servers, this is also the reason why we focused on gear rewards, i.e. the combat system, in order to lessen some of the burden. After characters are moved over to existing servers, we plan on providing further ways for the ""1st Season Server Graduates"" to more easily access a variety of in-game content.

Looking back, it has already been 5 years and 4 months since we first began servicing Black Desert. Black Desert is a game we love with a passion, and we truly wish to continue servicing this game for a long long time, together with all of our adventurers. Particularly, there are certain values we hope to uphold as we continue servicing the game. That is, the preservation of effort and easing the gap. The new season servers were also developed with these values in mind, and we hope that you will be able to experience the fruits of our hard work and will. Being a first for us, there are bound to be shortcomings, but we promise to address them quickly and effectively. We humbly ask for your understanding and hope you enjoy the game. Thank you.

- EXP boost will always be applied on Season Servers regardless of character levels.

- The following icon will appear on gear that Season Characters may equip. 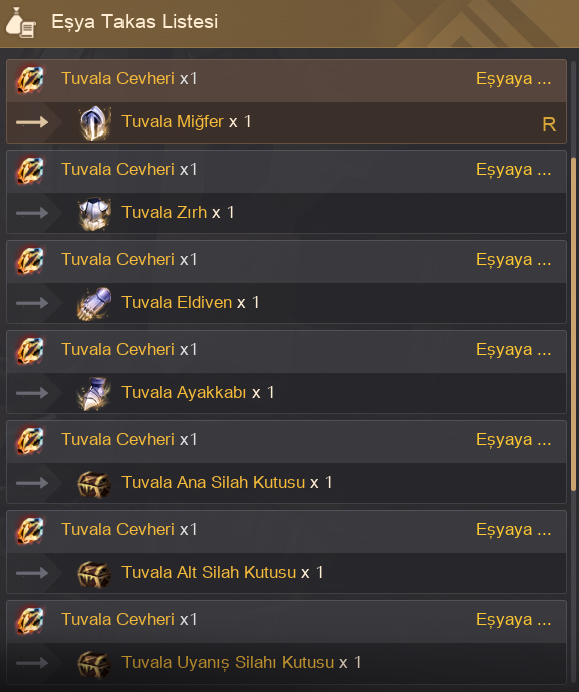 You will need a special black stone, the Time-Filled Black Stone to enhanceTuvalagear.

- Time-filled Black Stones can be obtained in all regions of the time-filled continent.

-  Fughar will give out daily quests.

" - By completing Season-only Daily Quests, you will be able to obtain items such as Time-filled Black Stones or Refined magical Black Stones which will aid you in enhancing your Season-Character-only gear. 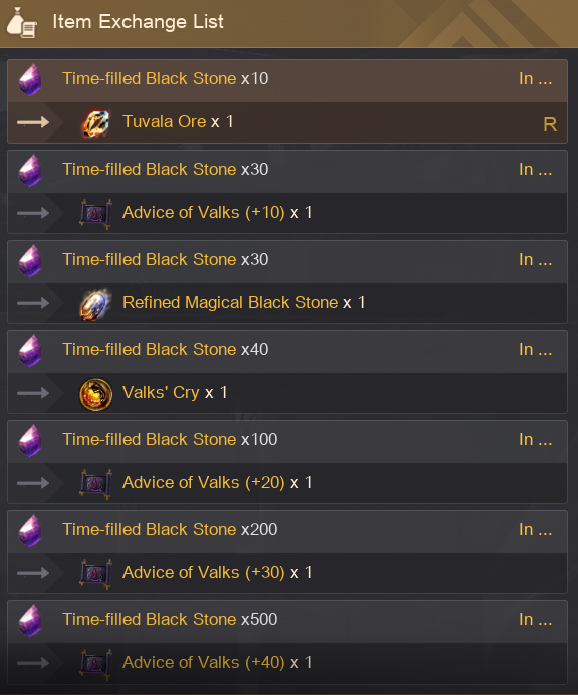 - You can check the left-hand side of the minimap for Black Desert's Summer Season Challenges.

- Each time you complete a challenge, you will receive a reward that will aid in your Season Character's growth.

- You can check the Black Spirit Pass UI for more details on Season Server characteristics and benefits.

- Use the Secret Book of The Misty Breeze to greatly increase your Skill EXP.

- However, Season Characters may not mount dream horses.

- However, you may not equip Oasis gear.

- 13 new weekly hunting quests have been added, of which you can pick 1 per week to complete.

- You can check for the quest "[Season] Even Stronger Tuvala Gear" in the New Quest and Recurring tabs of the Quests (O) window.

- Only Season Characters may complete the above quests once per Family.

- Only Season Characters may complete the above quests once per Family.

- The Black Spirit will hand out these quests once each region's Main Quests are completed. 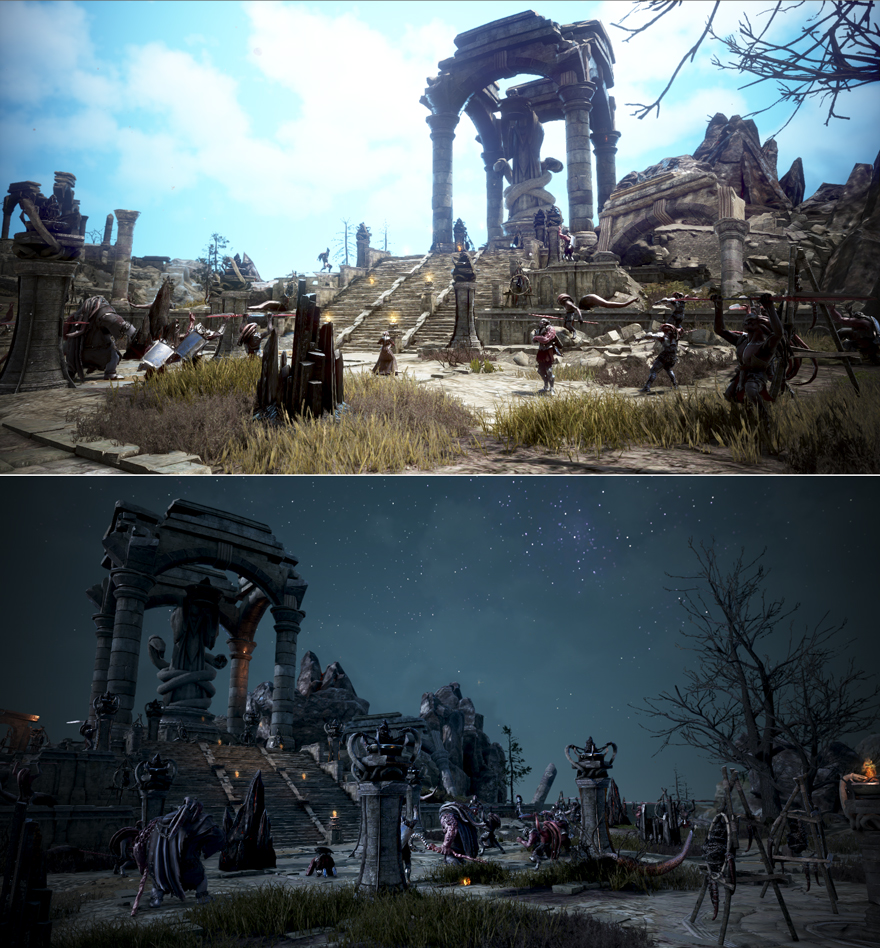 - Changed the previous location of several Unstable Star Debris to not coincide with the newly added monsters.

- Renown hunter Jimmy Brooks of Behr village has put in long journey on hold to seek some rest and recuperation in the city.

- Located near Girgo Viano in each major city, Jimmy Brooks will hand out 1 of the following quests each day.

- The following quests will be obtainable for 2 weeks.

- Hand over a set amount of Hunter's Seals to complete each quest, and you will be awarded a certain number of Hard or Sharp Black Crystal Shards in return."

- Selecting one of the icons without in possession of a pet, fairy or maid will open up a new window with the respective Adventurer's Guide page.

- Pet, fairy and maid icons will also be greyed out if none are in possession.

- Clicking the button when Sprouting is unavailable will display a message informing that it will be available upon reaching max level after Rebirth.