With the release of the newest region, O’dyllita, we’ve prepared this handy guide to help you navigate this long-awaited land of darkness!

Before you start your journey, let's make sure you fulfill the requirements.

Two, have you finished the [Lv. 58 Kamasylvia] The Light of Kamasylve quest? 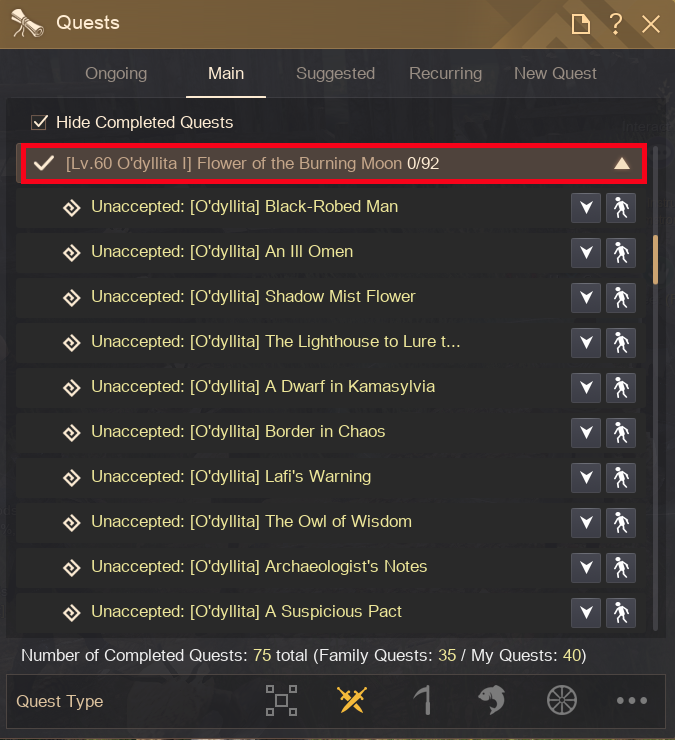 Adventurers who fulfill both of the above are ready to set off on questline of O’dyllita by accepting the O’dyllita main quest [Lv.60 O'dyllita I] Flower of the Burning Moon.

What if you’re an Adventurer who hasn’t completed the main quest yet, but still want to go to O’dyllita right away?

Head out to the Thornwood Castle Node Manager, Aliluna, and Shiv Valley Road Node Manager, Honti, to complete the sub-quests and get Knowledge for most of the NPCs in O’dyllita.

However, O’dyllita is a rather closed-off region, so you won’t be able to get all of the NPC Knowledge without completing the main questline. For instance, just completing the sub-quests won’t get you acquire the Knowledge for the queen of O’dyllita and her associates.

So, we recommend completing the main questline of O’dyllita to really enjoy what this new region has to offer!

Are you an Adventurer who got cold feet after seeing the recommend AP of O’dyllita’s monster zones?

Don't be scared! The monsters you have to defeat for the main questline are only around the level of Kamasylvia’s Manshaum Forest.

Now, let us present to you the capital of O’dyllita, O'draxxia! 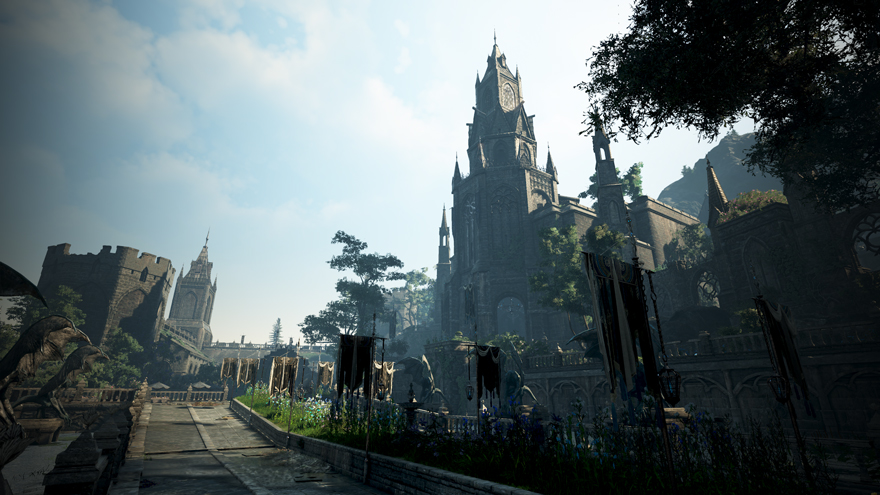 Shall we take a look around O'draxxia? Of course, we should make sure to first greet the queen of O’dyllita. 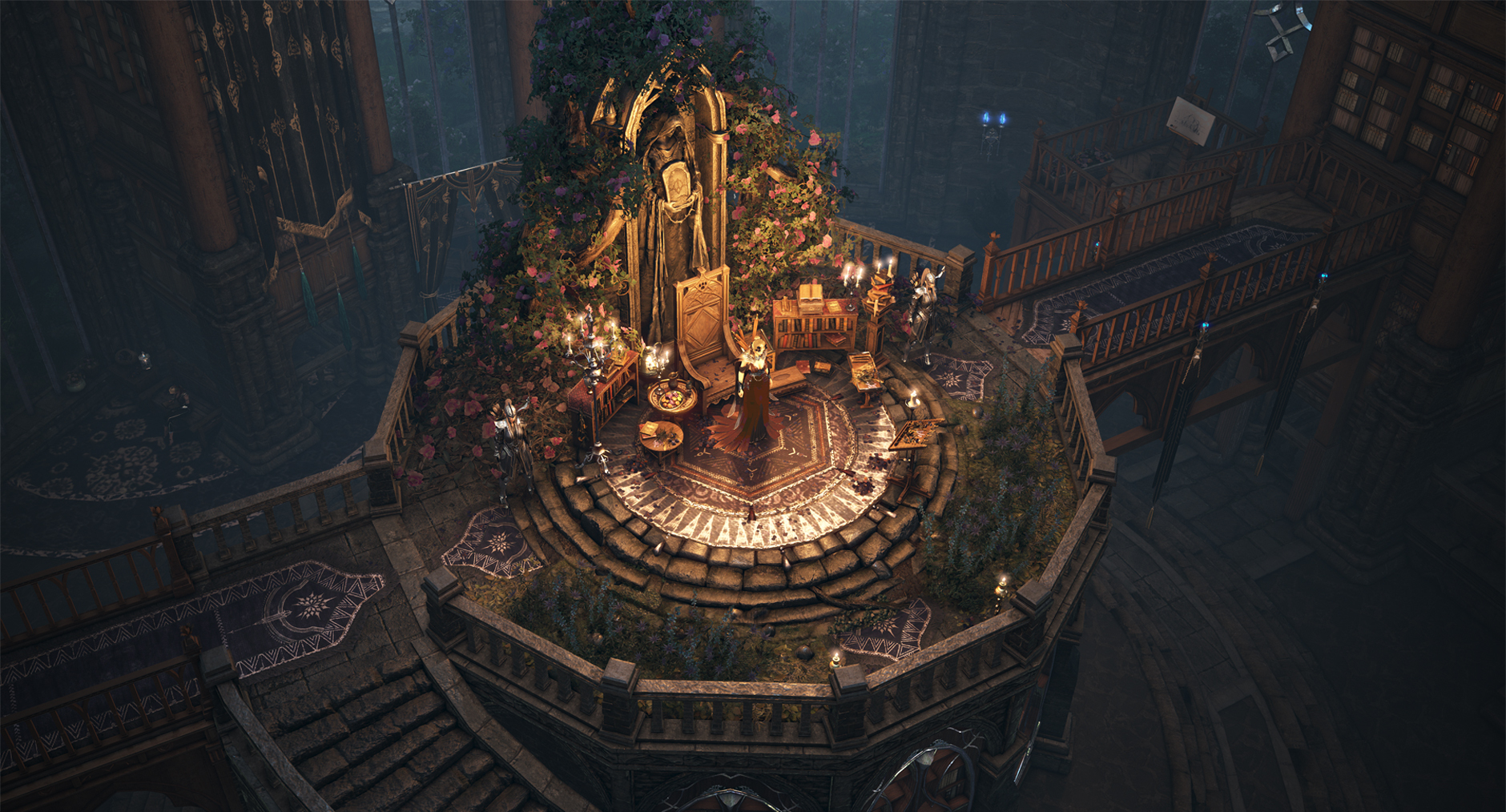 Please offer your proper greetings to the queen of O’dyllita, Viorencia Odore.

Queen Viorencia Odore has a message for you. Please pay close attention!

You have been chosen by both the light and shadow.

This place is O’dyllita, the land promised to us the Ahib, the Burning Ones.

There are no heroes here.

All of us here are barbarians, warriors, and shadows

hidden in the Arid Land.

We prepare poison and fangs against the greater darkness to come!

Will you come with us in the fierce journey ahead?

The darkness hiding its body in the World Shadow

shall be purified by another darkness bloomed upon our Mother's wrath...

We’ll just take a little step back when we go and tour the monster zones then... Not because we’re scared! It’s just so you can get a clear view, don’t misunderstand!

Let’s go to a fishing spot and try cooking up some food!

Hey, take a look at that! Do you see those pink flowers? 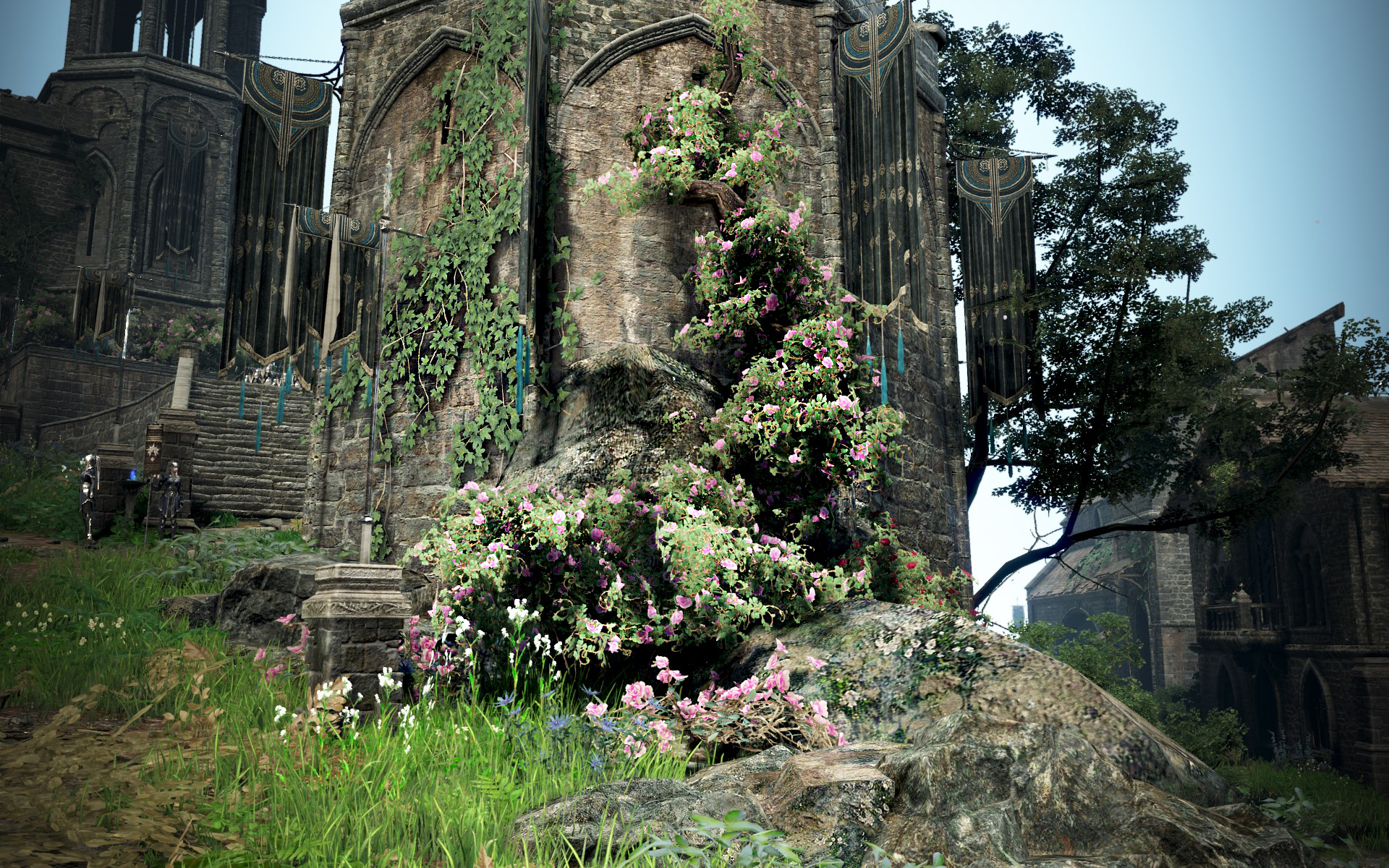 Those flowers are flowers that only grow in O’dyllita, Delotia. Since we’re on the topic of Delotia, let us introduce you to some of the other gatherables that are only in O’dyllita. 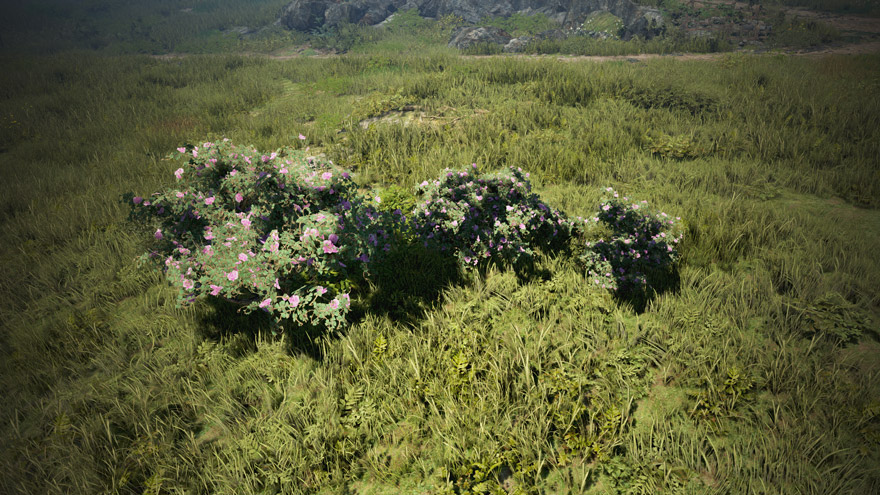 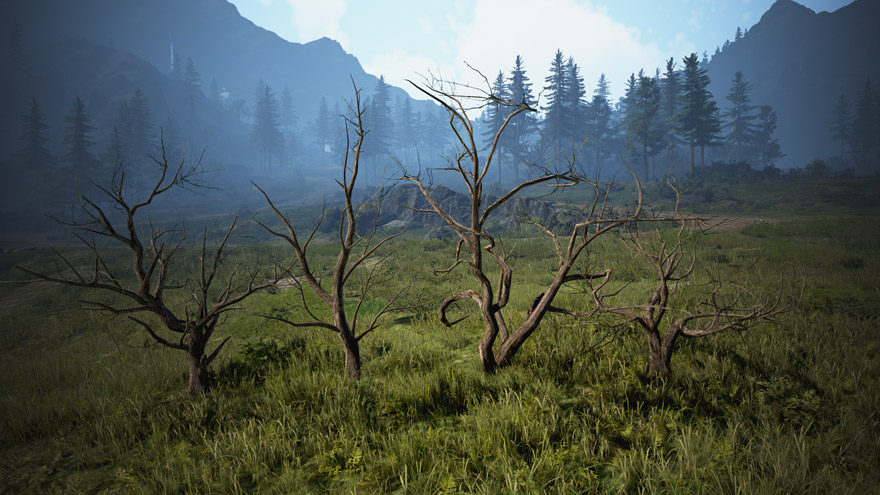 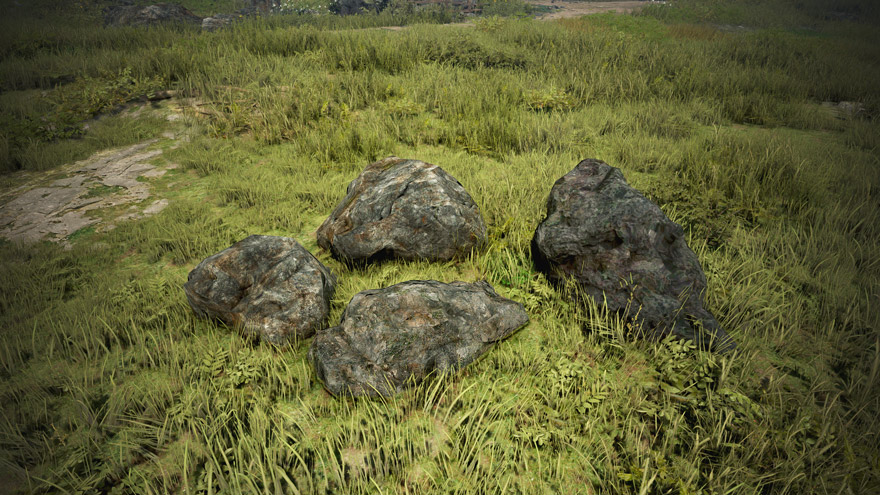 Delotia is a type of rose that can be gathered with your bare hands or a hoe. While the prickly Thornwood is mostly found in arid lands like its appearance suggests. Lastly, the Moonlight Stone can be mined with pickaxes.

Introducing the new gatherables sure took some time. Let’s hurry to the fishing spots!

How’s this place? It’s wide open and seems perfect for fishing! Hurry up and catch some fish, so we can eat!

You say you’re worried the fish will go bad before we can cook it?

Don’t worry! The fish that inhabit O’dyllita last longer than the fish in other regions!

Have you caught a fish? Then, while we cook up a delicious meal, let us introduce you to O’dyllita’s cuisine!

Of course, O’dyllita’s cuisine would need ingredients that can only be gathered in O’dyllita. For the exact recipe, check out your Crafting Notes!

Since we’ve introduced you to the cuisine, shall we also take a look at O’dyllita’s elixirs?

In addition to O’dyllita’s elixirs, elixirs and perfumes that hold the power of immortality have also been discovered in O’dyllita!

As the “immortal” part of the name implies, these draughts and elixirs remain even after resurrecting after a death!

Now that we’ve mostly covered what can be seen in the cities and towns, all that’s left are O’dyllita’s monster zones! 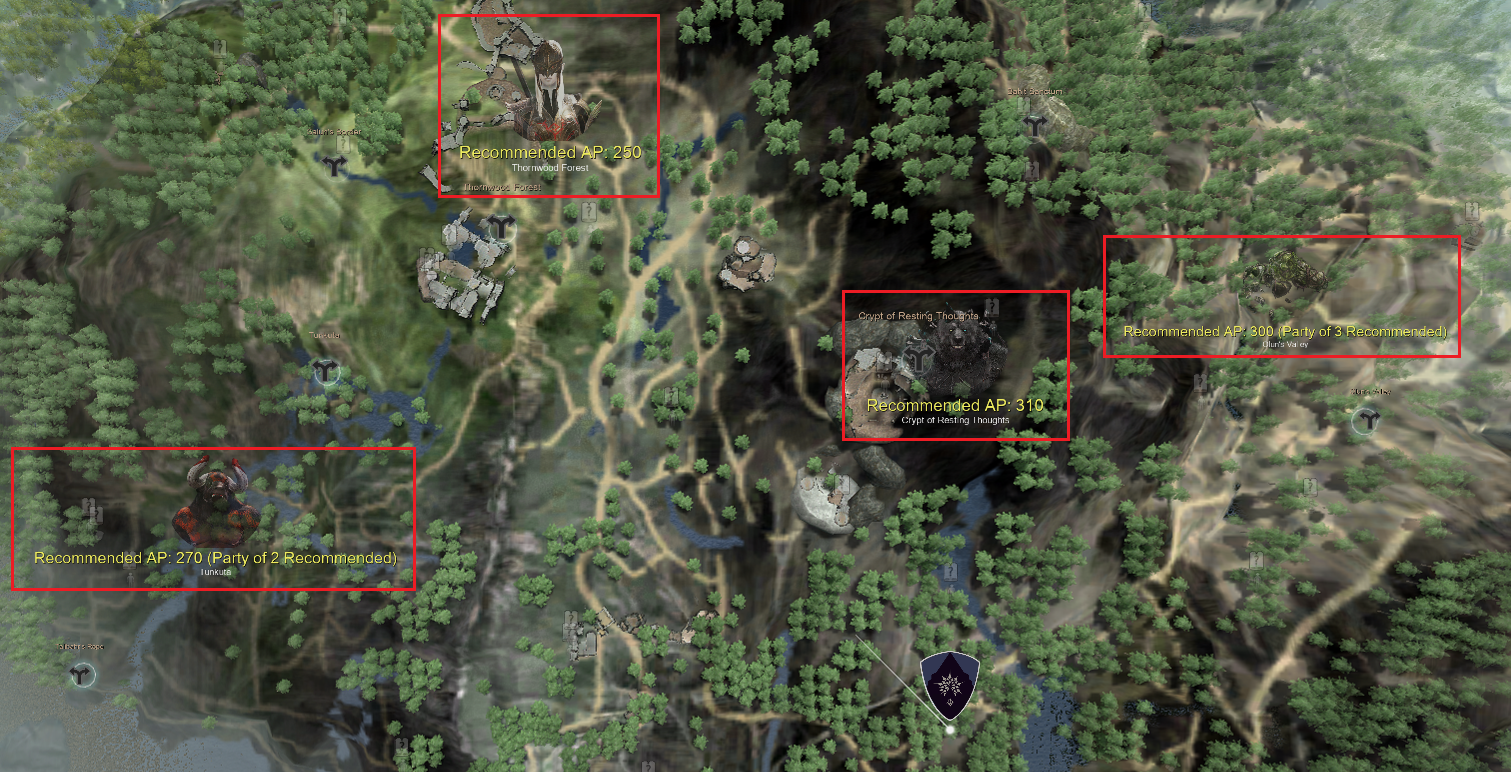 Adventurers, we’ll just take a little step back, so you can get a better view. If by chance a monster appears, please protect me!

As shown on the World Map, O’dyllita is home to 4 monster zones.

First off is Tunkuta, the land of the Turos who follow the will of Tunta, a 2-person hunting ground. 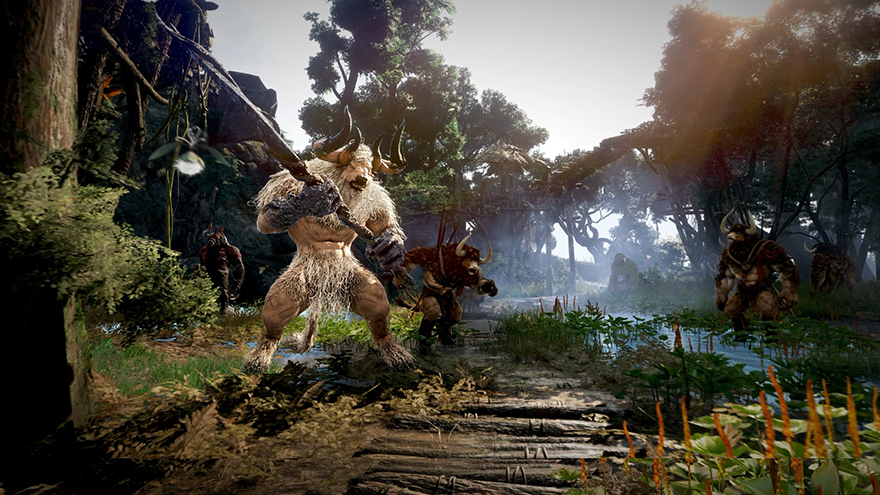 Adventurers, perk up your ears and take a close listen to the music!

Doesn’t listening to it make you feel as if monsters will immediately leap out and attack you?

Tunkuta is inhabited by the Turos, who have a bull-like appearance and wield immense physical strength. This monster zone has a characteristic of spaced out monsters to prevent unnecessary chasing.

If you have a partner, why not take the chance to go dive into this zone together?

Defeating monsters in Tunkata can earn you materials for the new elixirs and....

It’s an accessory that can be obtained in O’dyllita that’s called the Turo’s Belt, and since the Turos inhabit Tunkata... you probably guess that you can get this belt in Tunkata!

There’s also a really rare item that only drops in Tunkata. This item is the “Flame of Despair” and “Embers of Despair” that you need to craft the “Fallen God’s Armor.”

If you are an Adventurer who manages to craft the “Fallen God’s Armor,” make sure to show it to me!

Next up is Olun's Valley, which is a 3-person monster zone as shown in the World Map.

Oh, the music there really makes you feel like anything could happen!

All the monsters in Olun’s Valley are extremely powerful and necessitate utmost caution. However, the golems here are somewhat slow and their attack patterns are rather consistent, so you’ll find it a little easier once you get the hang of it.

Remember you have to stay focused and cooperate with your party members to stay alive!

Three things to keep in mind to survive in Olun’s Valley!

▶ Focus on cooperation and defense.

▶ Throw away your greed.

Coming up next is the monster zone, Crypt of Resting Thoughts. 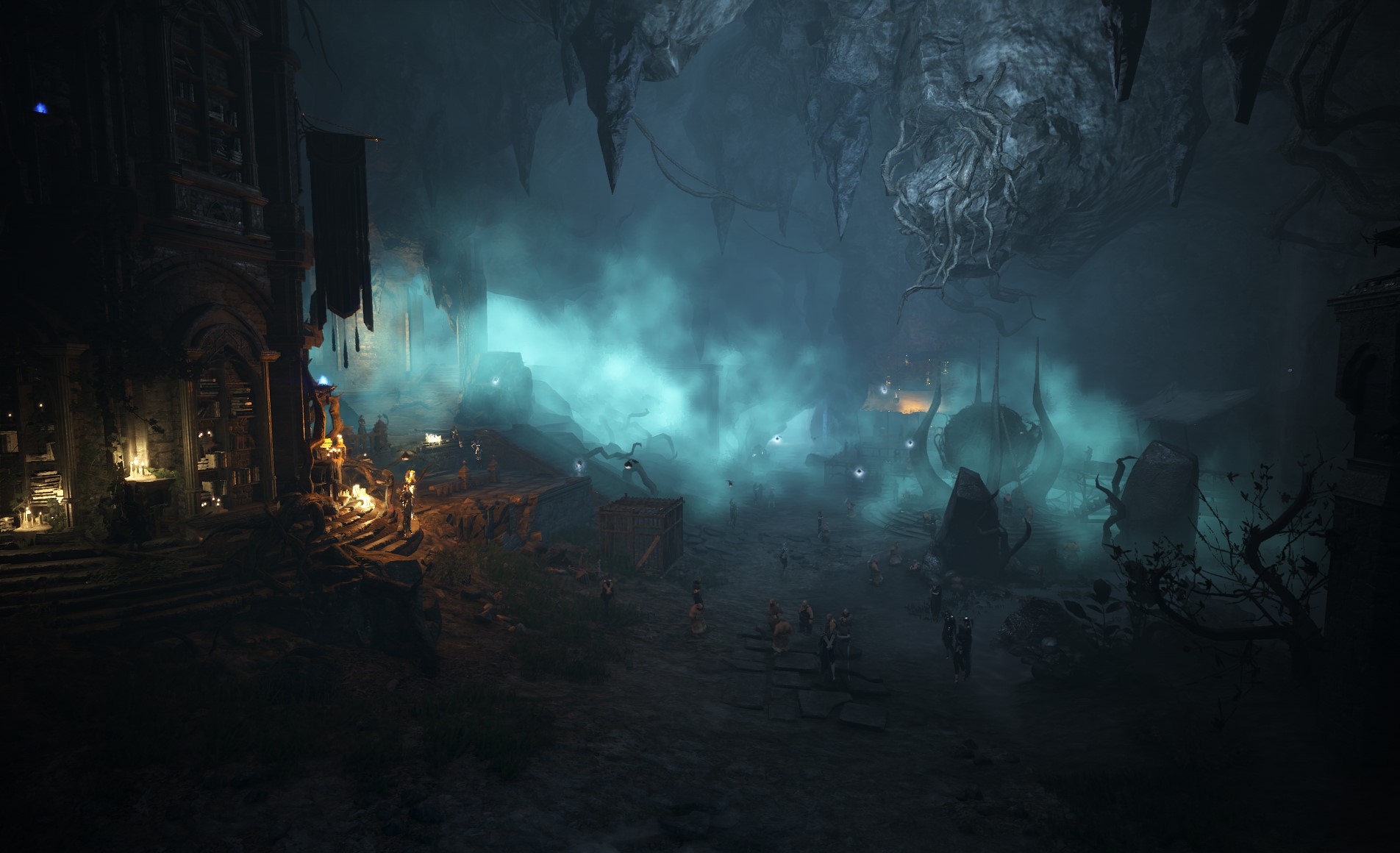 This is a place where even we haven’t been able to go... it’s a zone shrouded in mystery. Since this monster zone is a place that is beyond even the Ash Forest, we’ll just look forward to the reports by the bravest of Adventurers!

And the last monster zone is Thornwood Forest. This is a place dominated by the fallen Ahib. 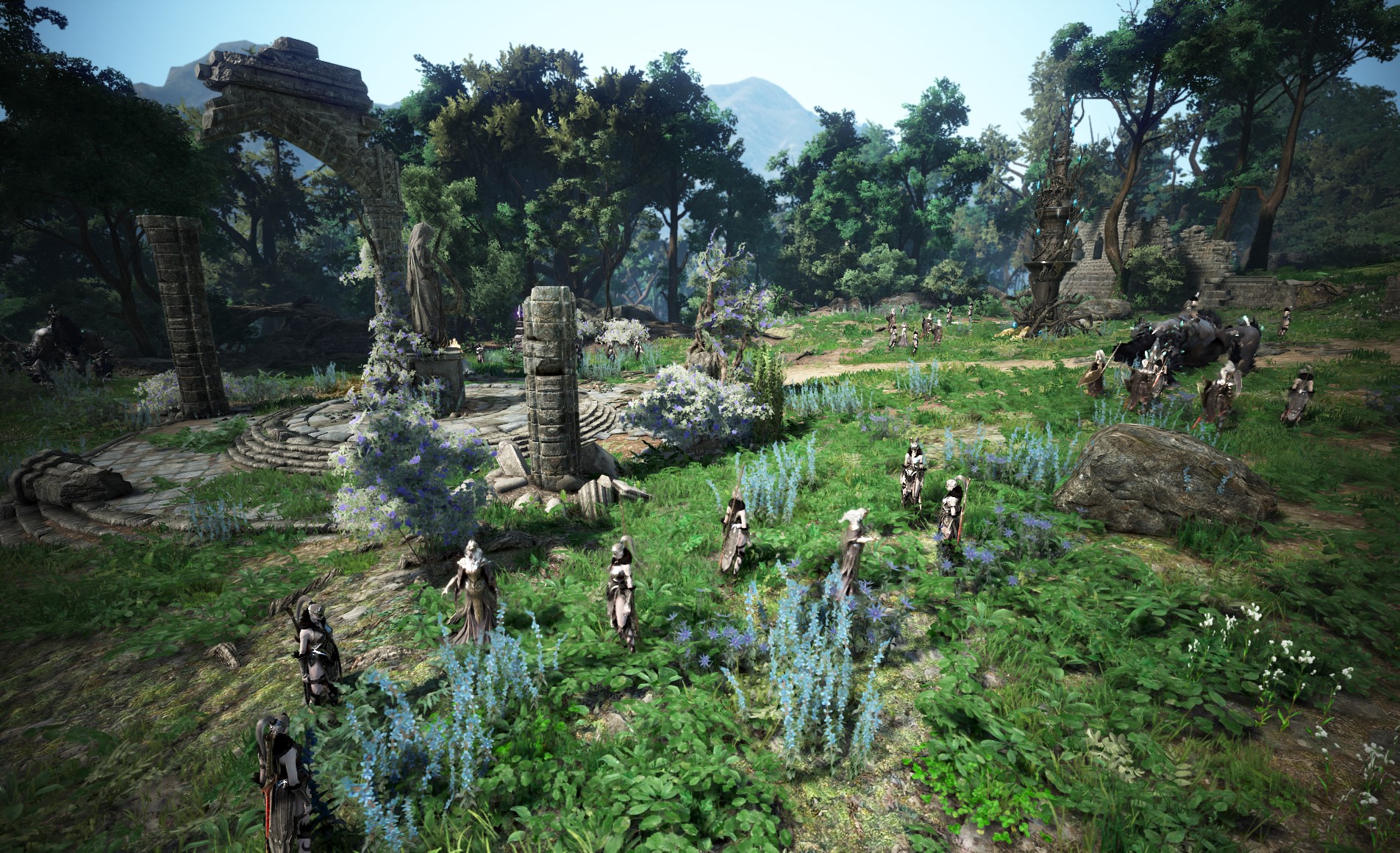 Are you an Adventurer who says their main hunting grounds are Aakman or Hystria? Then you’re plenty strong enough for Thornwood Forest.

A feature of this monster zone is that the Ahib monsters are affected by debuffs, so skilled Adventurers should be able to have a easier time.

Additionally, the “Ominous Ring” and “Specter's Energy” are both obtainable in Thornwood Forest.

It’s been awhile since a new ring has been added! You’re probably curious at what it can do.

On the other hand, while the “Specter's Energy” can be obtained in other monster zones of the Black Desert world, Thornwood Forest boasts a much higher drop rate for “Specter’s Energy” compared to other places. 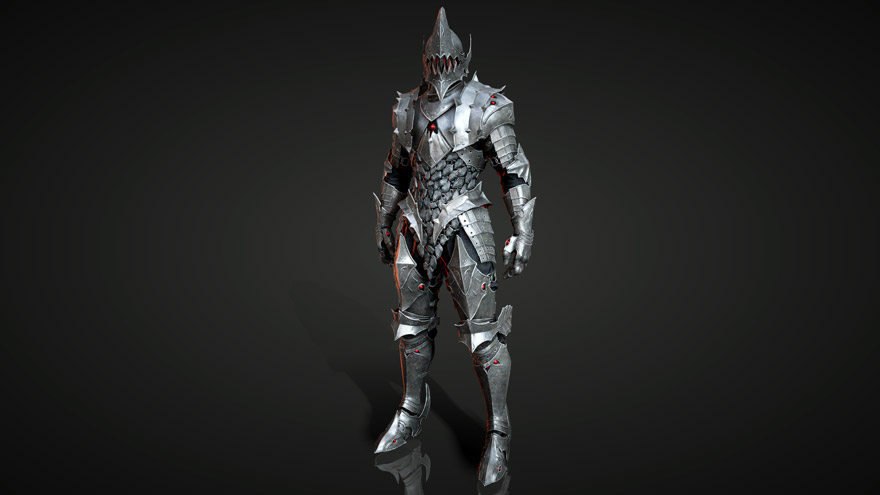 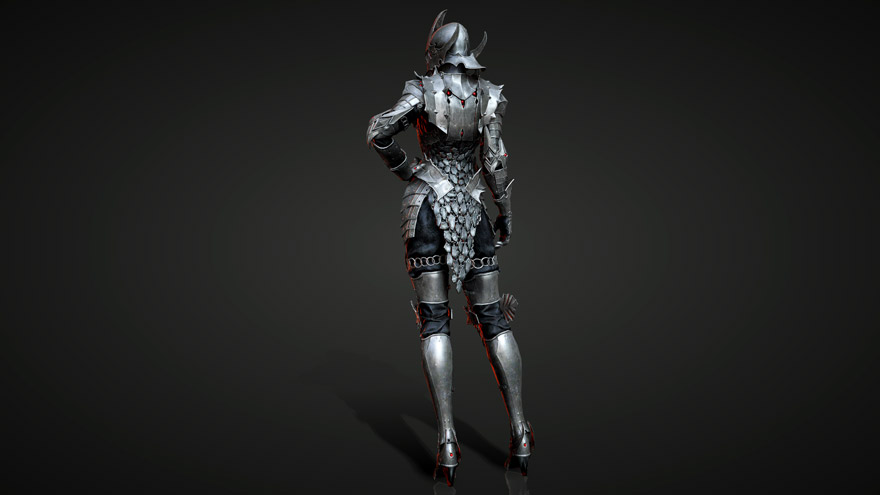 Doesn’t it really give off the feeling of a strength?

There’s one more thing that can help you become a stronger Adventurer! And it’s crystals for your Awakening weapon.

With the Inverted Heart of Garmoth, you can improve the Dandelion or Dragonslayer Awakening weapon to be able to transfuse two crystals into them.

The materials needed to craft the Ah'krad Crystal and  Olucas' Crystal can be obtained in O’dyllita’s monster zones, so how about giving it a shot?

Now then, shall we go to our final destination?

Everyone, please go and complete the [O'dyllita] Caphras' Journal in your main quest screen. 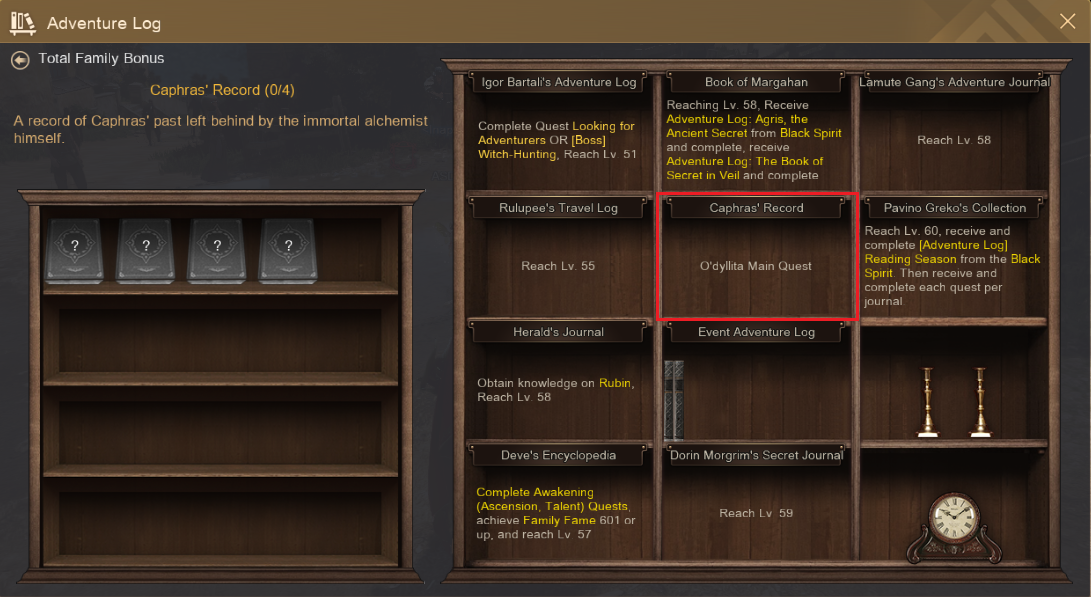 What? It starts at volume 2?

Don’t be too surprised. There’s nothing wrong! Only some of the records of the immortal alchemist, Caphras, have been found. The rest are still missing!

We wonder when they will be found...

We’re finally at the end. We hope you enjoyed this guide through O’dyllita.

Now that you’ve completed the guide, what are you planning on doing first? Fishing or maybe trying to get the rare items in the new monster zones...? Personally, I want to improve my Awakening weapon, so I’m going to Garmoth....

There’s so much to do!