“The Quturan only allows good children to enter the promised land of O’dyllita.”

Father, I’ve heard your lullabies from the days of a kingdom long gone

from within the sandstorms that tore you away from me.

The tale of one Thornwood Tree that took in poor children,

those born in the distant Arid Lands abandoned by the God of Light,

" Every year, on the day of the brightest moon, the children would pray

seven times each day to Quturan, the only door set for O’dyllita.

In times of war, they would head to the frontlines, the morning star and shield in hand."

And when the burning sands swallowed you up without leaving a trace,

I saw that Thornwood Tree of legend comfort those children,

whose sleeves were wet with tears, then swallow them whole.

Upon returning to scenes of your death, you who were the entire world to me,

Why, oh why, did I see images of your kingdom?

“The demon who buried her own father in the desert”

“A monster with the blood of a horrid witch”

The night I realized that such loyalty and pity were all for naught,

I dreamed of your words, that no throne remains untainted by blood.

There I witnessed a lone woman, seated with the crown of Quturan, the Thornwood tree.

Seemingly wrapped in the icy cold winds of winter, I wasn’t sure if that was me.

“Every year, on the day of the darkest moon, the children would pray

seven times to Quturan, the only door set for O’dyllita.

from the promised land like themselves, they came to shed a tear no more.”

Father, I heard the laughter of children abandoned by a kingdom long gone,

while cleaning this basement filled with your memories.

With the heart of the child who sought to enter Quturan’s roots,

filled with joy of how the world had rid any trace of me,

I left the embrace of Elion, He who could not protect you, and came to this promised land.

“O Sylvia, Mother of the Kamasylve

The cold star shall arise once more

Over my kingdom of Calpheon.”

Now, with the power of the goddess distorted by life and death,

I seek to reclaim with blood what is rightfully mine,

For my name is Francesca Seric, The true heir to Calpheon’s throne.

I am the last eagle, reigning over the skies,

bearing the thorn of the tree that brought the earth to its knees,

For this once hopeless world shall not cast me aside anymore. 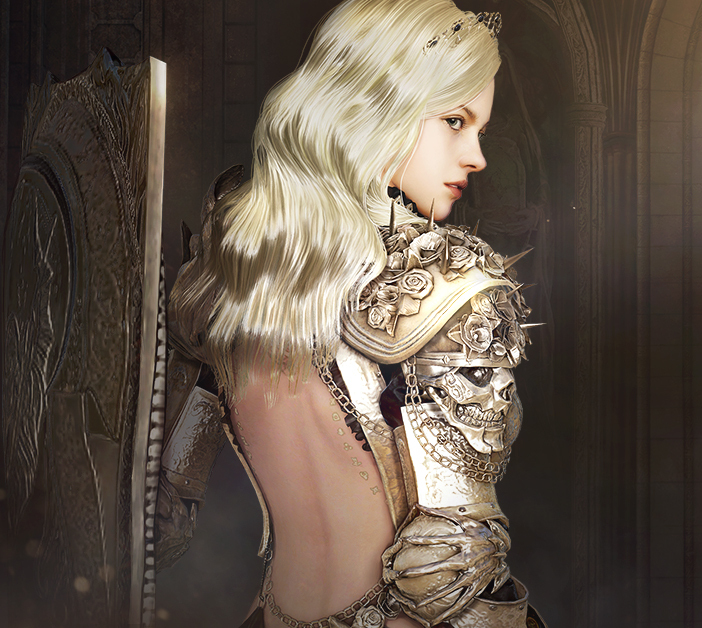