Here are the updates made to Black Desert on December 16 2020.

Event 1. Show Us Your Nova!

● Pre-creation for the new class Nova has begun. 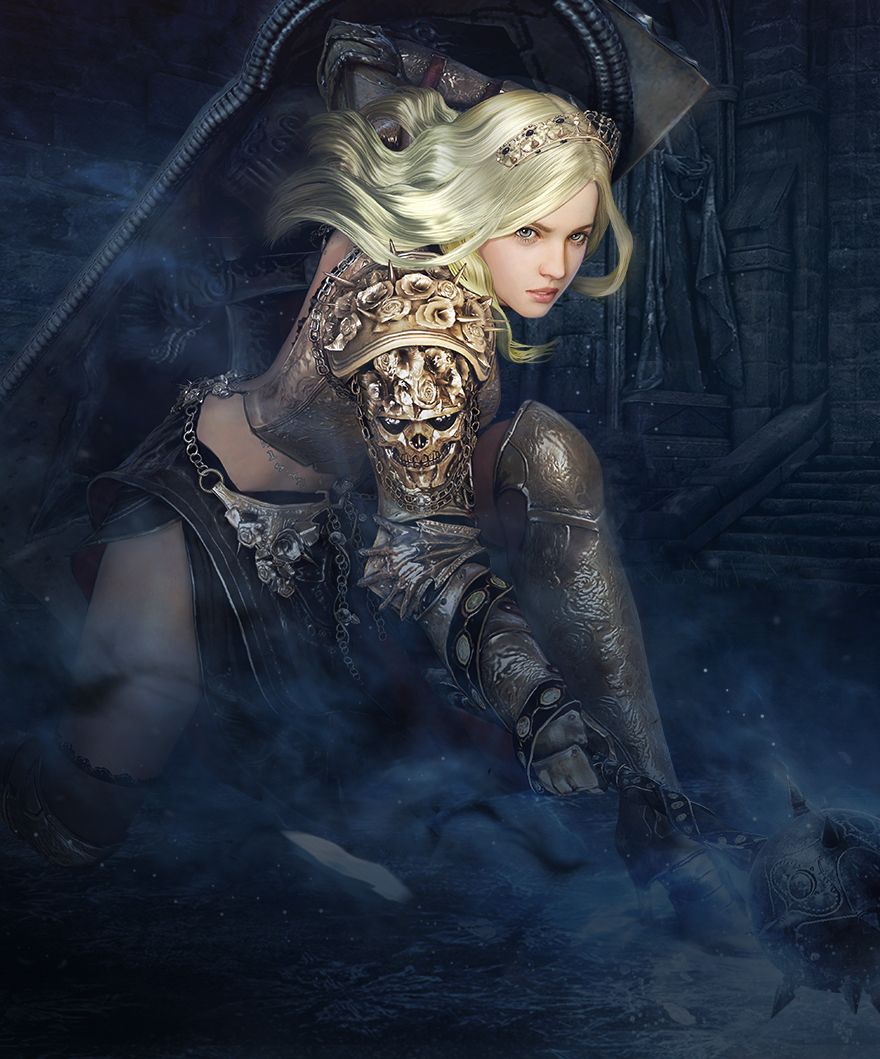 - You can now pre-create and customize the new class Nova.

- Increased the number of max character slots to 22.

● Pre-creation for Winter Season has come to Black Desert. ※ Winter Season GM Notes will be posted at the Official Website at a later date.

※ If your mount's mastery of the skill is too low, there's a chance that your mount will fail using Auto Sprint during Auto-run.

- Your Training Mastery need to be Artisan Lv. 1 or higher to use Auto Sprint while using Auto-run on a mount.

* Riding crops will increase speed for Auto Sprint as following: 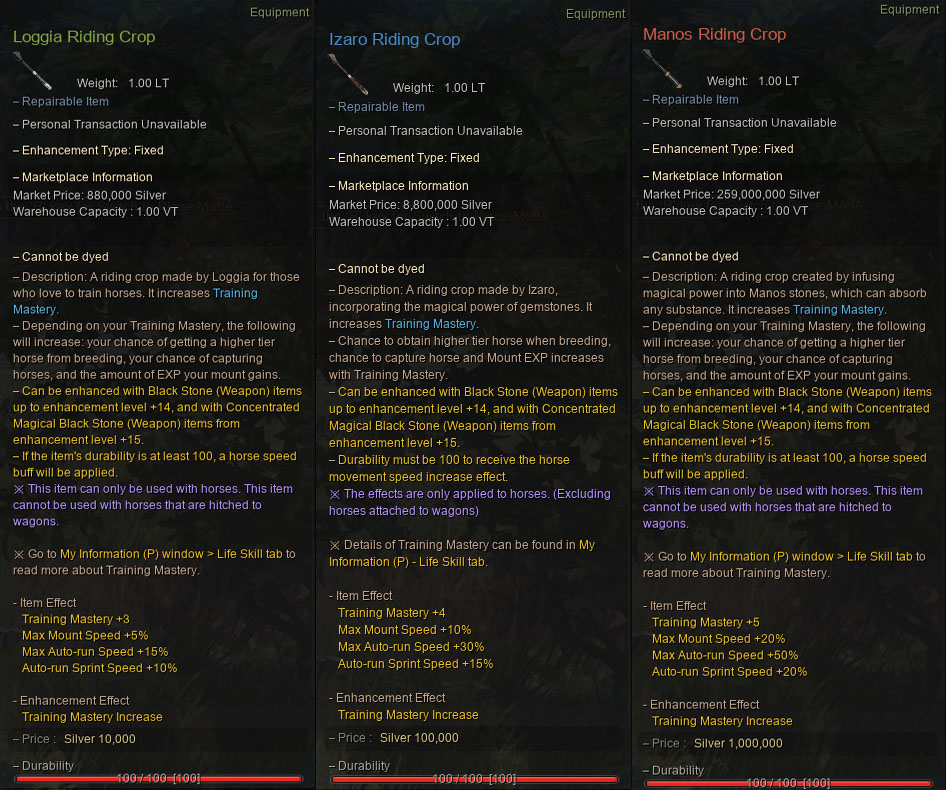 We had previously introduced increased auto-sail speed through BreezySail for ships but all of our land-based mounts didn't have these functions even though they've been around for longer than ships. There were more obstacles existing on land than water so auto-run wasn't always the most convenient option. However, due to many of our adventurers requesting this function time and time again, so we felt that we shouldn't delay the Auto Sprint any longer. We sincerely hope for the day to come when adventurers can freely move about without getting stuck between obstacles!

● A mystical fish only observed in ancient records have been sighted in the seas.

- These mystical fishes are so difficult to catch, people believed that "the fish chose the fisher". Only fishers of great experience and skill may have a chance to fish up the this fish.

- The mystical fish never travels in groups but, according to rumors, they have mysterious powers to shake the heaven and the earth if they are ever to come together. Some ancient records tell the story of fallen nations due to the mystical fish but none have been confirmed.

- The chance to fish up a mystical fish is extremely low, but if you can catch a bunch of them, it is said that you will bring about a big change to the world of Black Desert.

- Only adventurers with Fishing at Guru or higher can catch the mystical fish.

- You can only catch the mystical fish with a regular fishing rod. It may not be caught using a harpoon.

- Only Guild Masters, Guild Advisors, and Guild Officers may view and edit the settings for the Officers chat group.

- Use Alt+F1 or press LMB on the speech bubble icon to use the Officers chat group.

If there was something important to talk about on guild management and it was an inconvenience to whisper all the time, then this update should come has good news for you. Through the Officers chat group, Guild Officer rank or higher can now talk privately with other officers in the guild. We hope you enjoy the update!

● Core: Breezy Blade - Fixed an issue where the effects would not be applied properly when used in combo with certain skills. 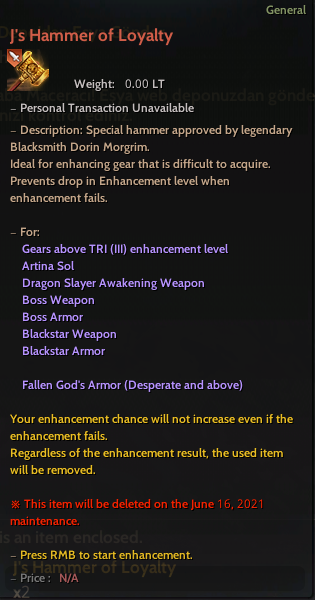 * Enhancing TRI (III) or higher level of the following gear:

- Using J's Hammer of Loyalty will prevent the gear's enhancement level from decreasing even if enhancing fails. However, enhancement chances will not stack for that fail.

- Regardless of enhancement outcome, J's Hammer of Loyalty will be deleted upon use.

- Please use J's Hammer of Loyalty before June 16, 2021 maintenance as it will be removed from the game that day.

● Enabled character resurrection items and mount recovery items to be placed and used in the Family Inventory.

● Fixed the speech bubble of Weakened Eye of Desolation to look natural.

● Fixed the issue on how "[Event] Grandpa Cron's Gift" was actually obtained and how it was listed in the item description.

- While defeating monsters in Aakman Temple, there is a certain chance for the darkness condenser to appear.

- The darkness condenser will continue to accelerate until exploding after a certain amount of time, dealing AoE damage. 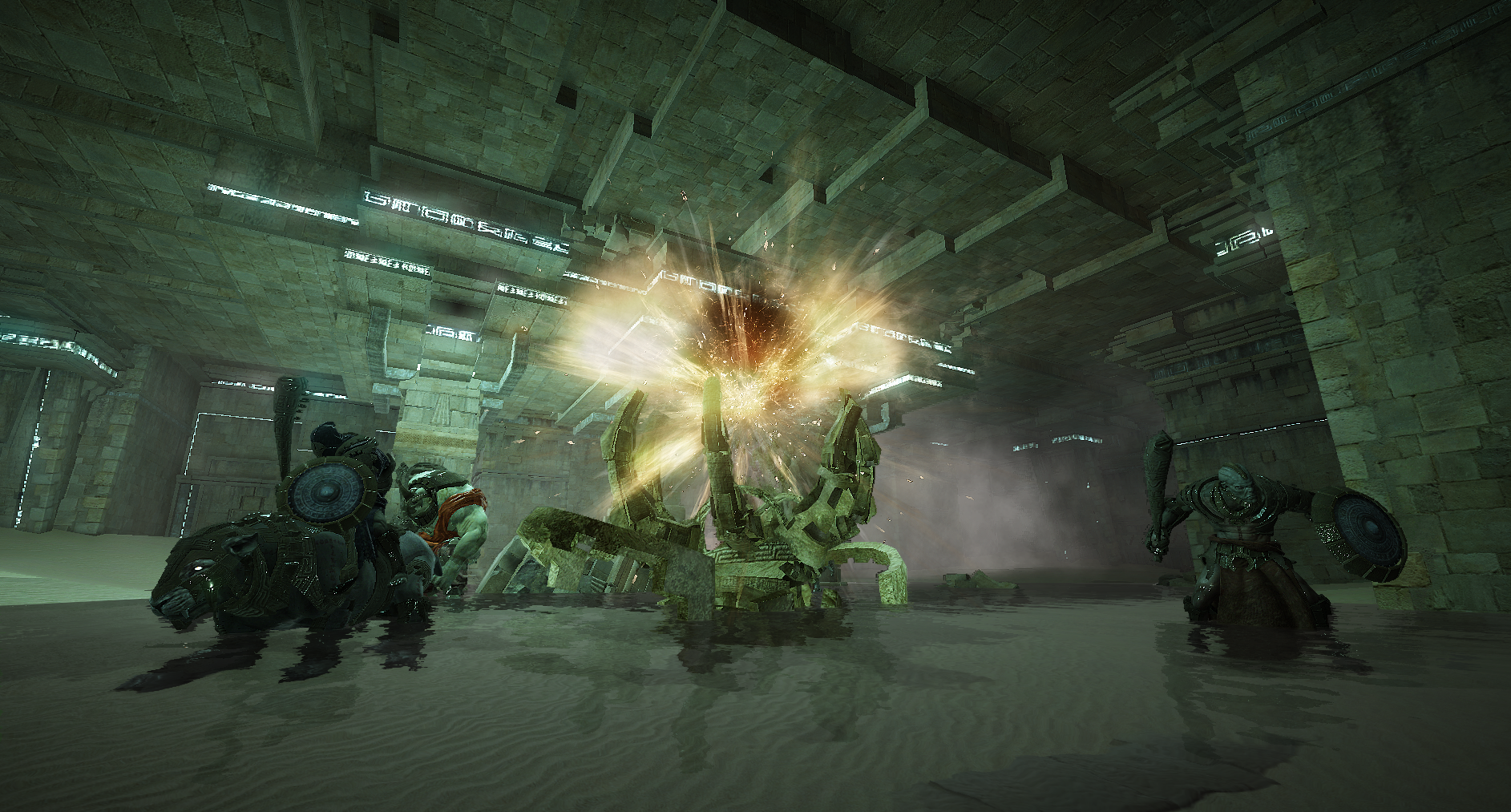 ● Restored the watch towers in the Hystria Ruins.

- While defeating monsters in Hystria Ruins, there is a certain chance for the watch towers to appear.

- Destroying the watch tower will establish an alert level by scanning the intruder.

- Depending on the intruder's threat level, alert levels can be set to either 1, 2, and final level.

- Depending on the alert level, ancient weapon monsters will appear nearby to remove the intruder. 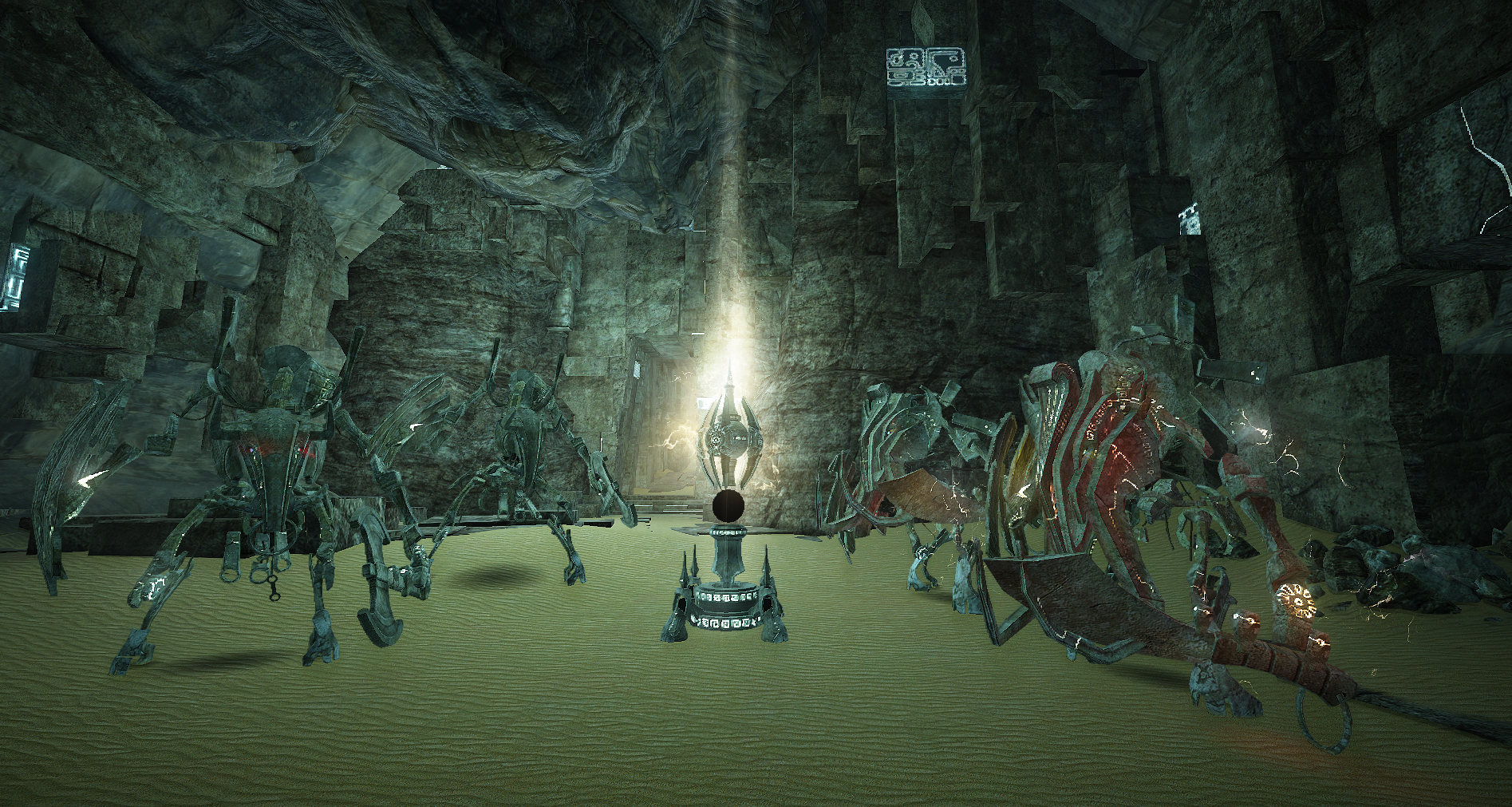 ● Gehez, head of the mercenary office in Dreighan, has begun selling the "Gehez Mercenary Office Scroll."

- You must have completed the "Deian's Schemes" quest on at least one of your Family's characters in order purchase a "Gehez Mercenary Office Scroll."

- Speak to Gehez with a "Gehez Mercenary Office Scroll" in possession to exchange it with one of the following quests.

- You may only accept one of these quests exchangeable with a "Gehez Mercenary Office Scroll" at a time.

● Fixed the Guardian's dialogue to be more natural when talking with certain Bahitram villagers.

● Improved the "My Gardens" window.

● Toned down the brightness of snow when set to Remastered or Ultra Mode in Game Settings → Graphics.

● Fixed the issue where the text displayed after achieving an item's maximum level of Caphras Enhancement would overlap with the enhanced item.

● Fixed the issue where even after turning off the Enhancement Success notification, if another player's character with a family name that is the same as your character's name succeeded in enhancing an item, the notification would still be displayed.

● Changed the Character List of the End Game window to display your characters in 4 lines when minimized if you have 22 characters or more.

● Fixed the issue where searching for Dyes in the ESC menu wouldn't display their icons correctly.

● Changed Naderr's Band where if you have 5 slots or more unlocked, then scrolling with your mouse or pressing the arrow buttons will switch between 4 slots at at time.

● Added a marker to display the page number when switching through your Naderr's Band slots.

- This function will hide my character's name in the Red Battlefield and only display the score.

● Fixed the issue where the Naive Worker appeared as if they had a Promotion Chance.

● Fixed the issue in the Customization (F4) window where using the Save Temporarily function could allow you to edit unchangeable files.

● Fixed the graphical issue when equipping the [Striker] Vediras Hood.

● Fixed the graphical issues that occured under certain circumstances when the following classes equipped the Cantabile Outfit.

● Returning adventurers will have their status immediately updated to Returning Adventurer even by logging into the Central Market.

● Fixed the issue where the Belle Epoque Hull would fill up with water when installed on the Rowboat.

● Fixed the graphical glitches with the Item Copy UI.

● Fixed the graphical issues with structure in certain locations of the following region(s).

● Fixed the issue where adventures that qualified for Returning Adventurer status would not obtain the benefits when logging in only via the Central Market on mobile.

- When an adventurer that meets the conditions uses the Central Market on mobile to either purchase/sell, register, and/or collect from orders, they'll immediately gain Returning Adventurer status.

● Fixed the issue where ship repairs weren't available at the Guild Wharf under certain circumstances.

● Fixed the issue where the Galley's durability was displayed as 0% after retrieving it from the Wharf.

● Fixed the issue where registering a Wild Horse while mounted on it would prevent your character from moving.

● Fixed the issue where you couldn't install furniture at the Velia 2-3 residence.

● Fixed the issue where the [Lahn] Tort Piercing icon was different from the item.