The 3rd Season of Black Desert is here!

Looking forward to adventuring with all of you in the Winter Season, safe from the chilling winter cold!

Just thinking about it makes me jump for joy.

Then, shall we get started? Here’s a taste of the Winter Season!

How do I make a Season character?

You must have a free character slot before you can create a Season Character. 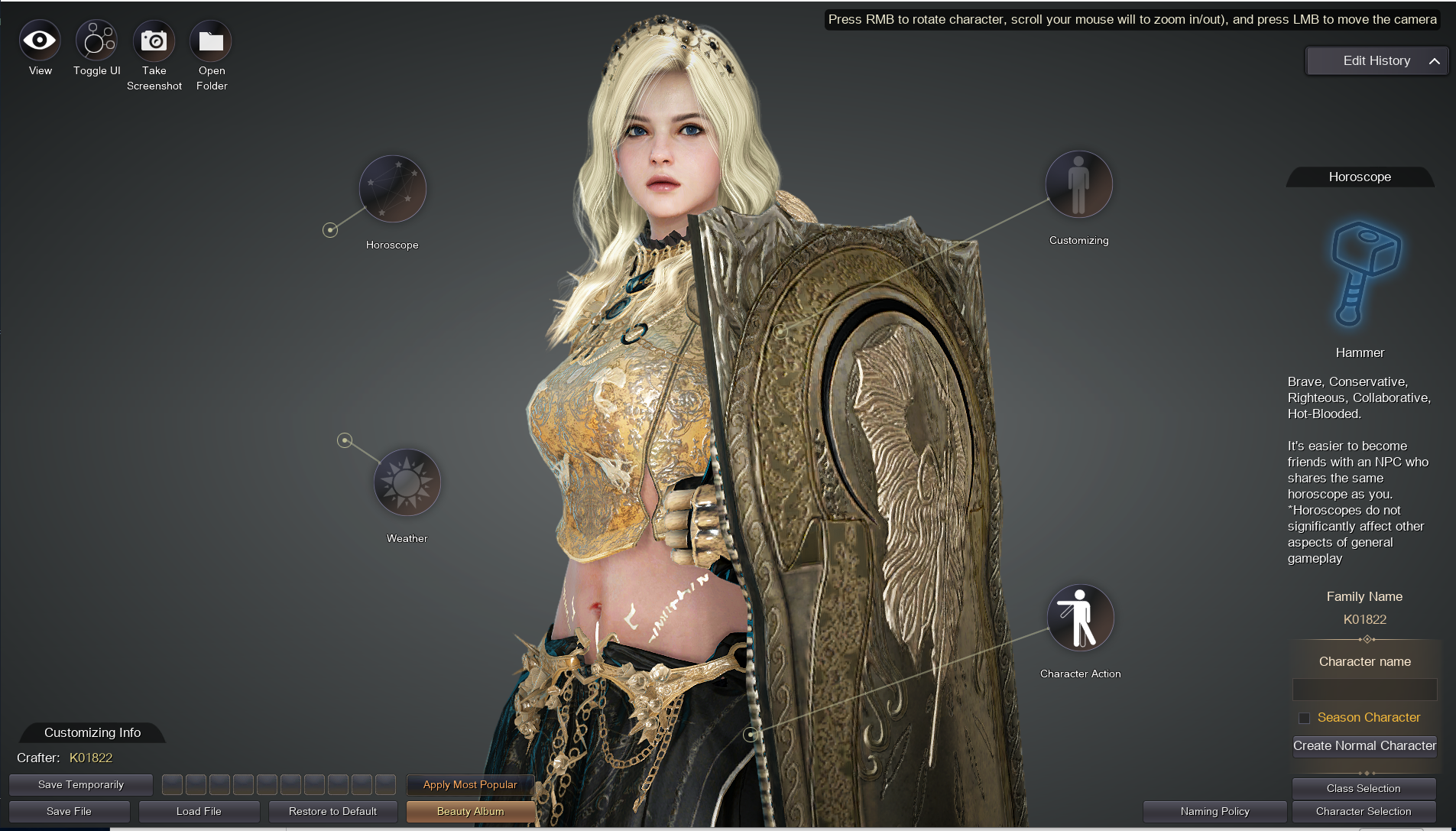 Enter the character creation window as you would create a normal character.

Do you see the “Create Season Character” button beneath your character’s name?

Click this button to create your very own Season character!

Only one Season Character may be created per family.

After maintenance concludes on December 22, 2020 (Tues), a total of two Season Servers will be open.

The server where you can level with veterans of previous seasons

who will be happy to answer your questions

and adventure together with you.

A season server where PvP is always available,

thus increasing the risk but with greater item drop rates!

A season server of high risks, but high returns.

Adventurers will begin receiving these boxes from Level 10!

Upon opening the box, adventurers will gain a Combat EXP +100% buff for 24 hours,

along with a variety of enhancement materials and an inventory slot expansion coupon!

Keep leveling and you will continue to be showered with rewards.

Rumor has it that the Level 60 and 61 aid boxes will grant even greater rewards in the Winter Season!

Chief Manager Fughar of the Crow Merchants Guild will give you a “[Season] Secret Book of the Misty Breeze” as a reward every time you complete one of the Main Questlines in Balernos, Serendia, Calpheon, Media, Valencia, Grána, and Duvencrune.

Adventurers can learn stronger skills by gaining more Skill EXP through the “[Season] Secret Book of the Misty Breeze”!! 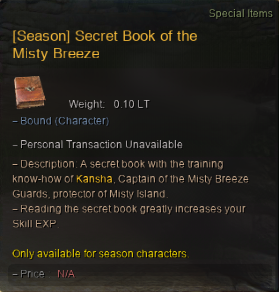 Season characters can receive special Season Quests from Fughar available only once per family.

Adventurers will be awarded Advice of Valks through these quests,

How many pieces of gear can Black Desert characters equip? Minus accessories! Yes, that’s right. 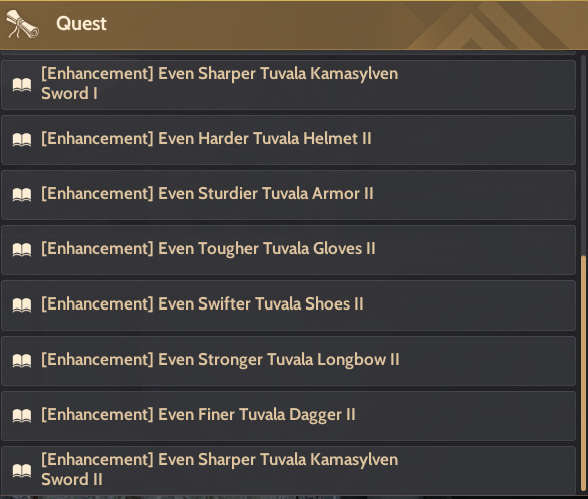 Fughar will give you quests to equip a TRI (III) or TET (IV) piece of Tuvala gear for each of those seven gear slots.

What happens when you equip the appropriate gear and complete each quest? You will obtain an Advice of Valks!

Winter Season and the Season Pass

Just like during the Summer and Autumn Seasons, the Season Pass will serve as your faithful adventure companion for the Winter Season.

Afraid of the increased number of tasks?

No worries!! The rewards you can get have greatly increased as well!!!

it's the Old Moon Costume Box!

Completing certain objectives in the Winter Season Pass will allow you to choose from one of 3 Old Moon Costume Box rewards,

Not only can you customize their beautiful appearance,

but they’re amazing costumes you can also use Heating via Processing (L) on to obtain one of the following crystals to empower other gear with!

Which costume will you choose? I can’t make up my mind!

Also, the “Coco Leaf” was found all over the Autumn Season,
the “Morning Frostflower” blooms during the Winter Season.
Adventurers can collect these Morning Frostflowers from the Season Pass and Season Leveling Aid Box rewards

and exchange them for a variety of items.

I took a slight peak at the items you can exchange the Morning Frostflowers for and...

Manos accessories, a Tier 8 horse, etc... so many things I want!

Winter Season adventurers will also utilize the Season Character-specific “Tuvala gear” just like they did in the Summer and Autumn Seasons.

The Naru gear that made its first appearance

during the Autumn Season is slightly weaker than Tuvala gear,

but serves as new gear for adventurers in the beginning zones from Balenos to Mediah.

Naru gear can be enhanced with the “Beginner Black Stone” at a higher success rate compared to enhancing Tuvala gear.

Enhanced the Naru gear to its highest potential with the Beginner Black Stones?

Then run on over to  Fughar!

Show him a piece of Naru gear enhanced to PEN (V) and he will upgrade it to a Tuvala piece at PRI (I) enhancement level of the corresponding gear slot.

Please note that you can also acquire Naru gear and Beginner Black Stones on the normal servers as well! 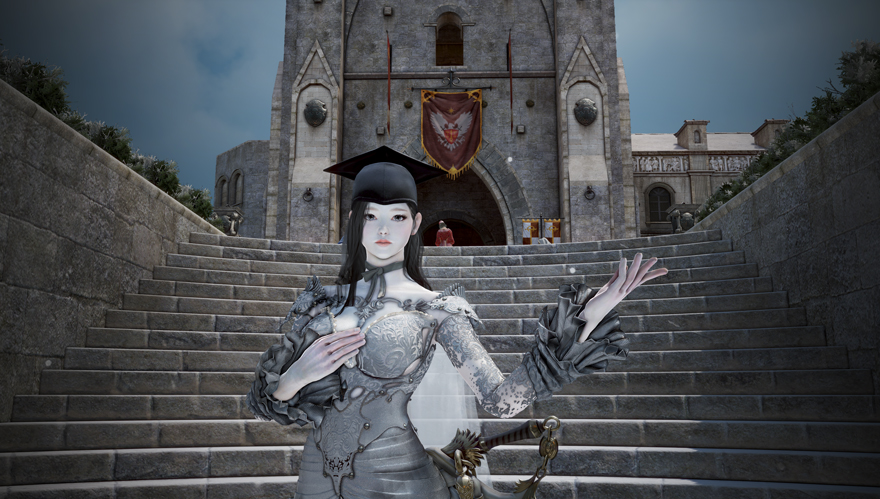 Tuvala Conversion Stones will be rewarded upon graduating from the Season Server, which you can use to convert Season Tuvala gear into normal Tuvala gear.

Each stone will convert only one piece of Tuvala gear,

so please be careful if you have more than one piece of Tuvala gear for each gear slot!

Also, converted Tuvala gear will become bound to your Family! 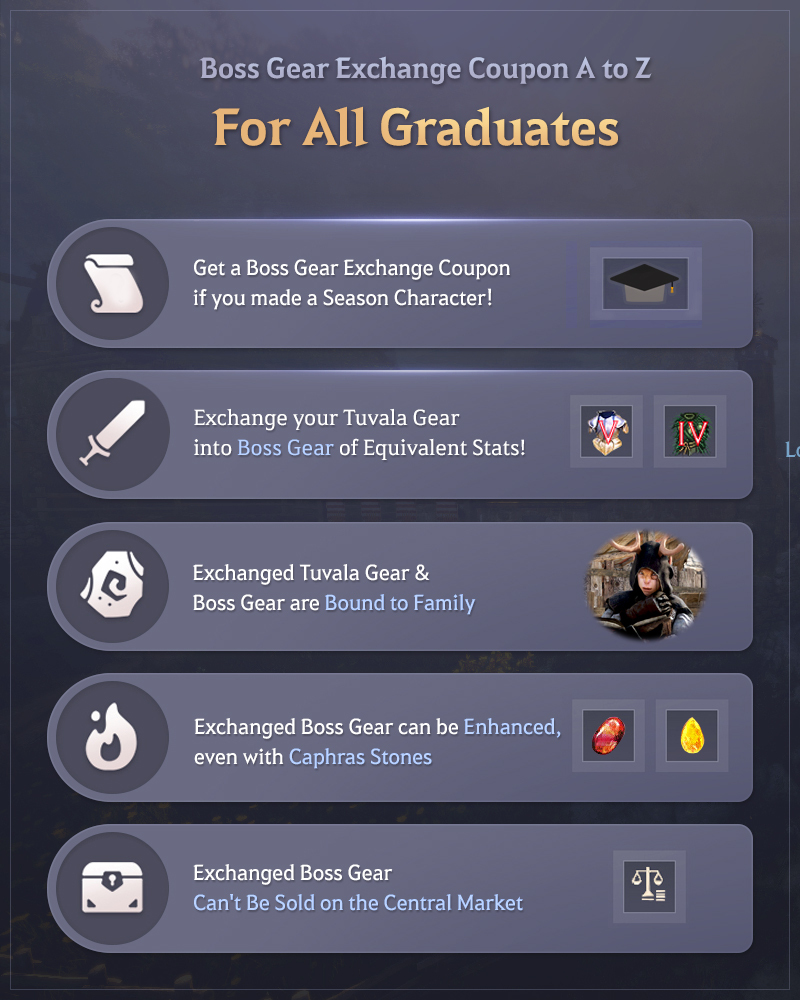 Adventurers will receive one Boss Gear Exchange Coupon per Family upon graduating from the Season Server, which you can use to exchange one normal Tuvala gear into a Boss gear.

It’d be best to exchange it for the slot you absolutely need it for, yes?

You can only use the Boss Gear Exchange Coupon for Tuvala gear of PRI (I) to PEN (V) enhancement levels, so don’t miss out on this opportunity!

You can exchange your Tuvala gear with the coupon for the following Boss gear.

Exchanging the Tuvala gear for the Boss Gear will decrease the Enhancement Level by one level.

For example, let’s take a look at converting Tuvala Shoes into Muskan’s Shoes:

Boss gear obtained through the exchange coupon will be bound to your family.

It can be enhanced (including Caphras enhancement) and even used to craft the Fallen God armor, but it cannot be registered on the Central Market.!

The commemorative gift box for adventurers who graduated from the Summer and Autumn Seasons returns for the Winter Season.

I wonder what the Winter Season will offer?

We ask for your patience, at it shall all be revealed at a later date! o(*^＠^*)o