Here are the updates made to Black Desert on March 3 2021.

Event 1. The Elvia Realm is Upon Us!

Event 4. Celebrate the NA/EU Service With Tons of Loyalties!

● Hadum, the goddess of despair who felled many lives on the western region and caused the great civil strife between Sylvia's children, has come into this world yet again. She seeksKamasylvia'sLight, rekindled by countless adventurers. Hadum has set loose her black sun, glowing with hatred and destruction, upon the skies of Serendia, a world that is beginning to look like Hadum's Elvia Realm. Serendia is the first to fall prey to Hadum, and many of its inhabitants have lost themselves to rage under her dark influence.

※ Some of the servers in Black Desert have fallen under Hadum's influence. You can now face monsters contaminated by Hadum in certain servers.

● Monsters inSerendiaare now more powerful as they have been influenced by the powers of Elvia realm. 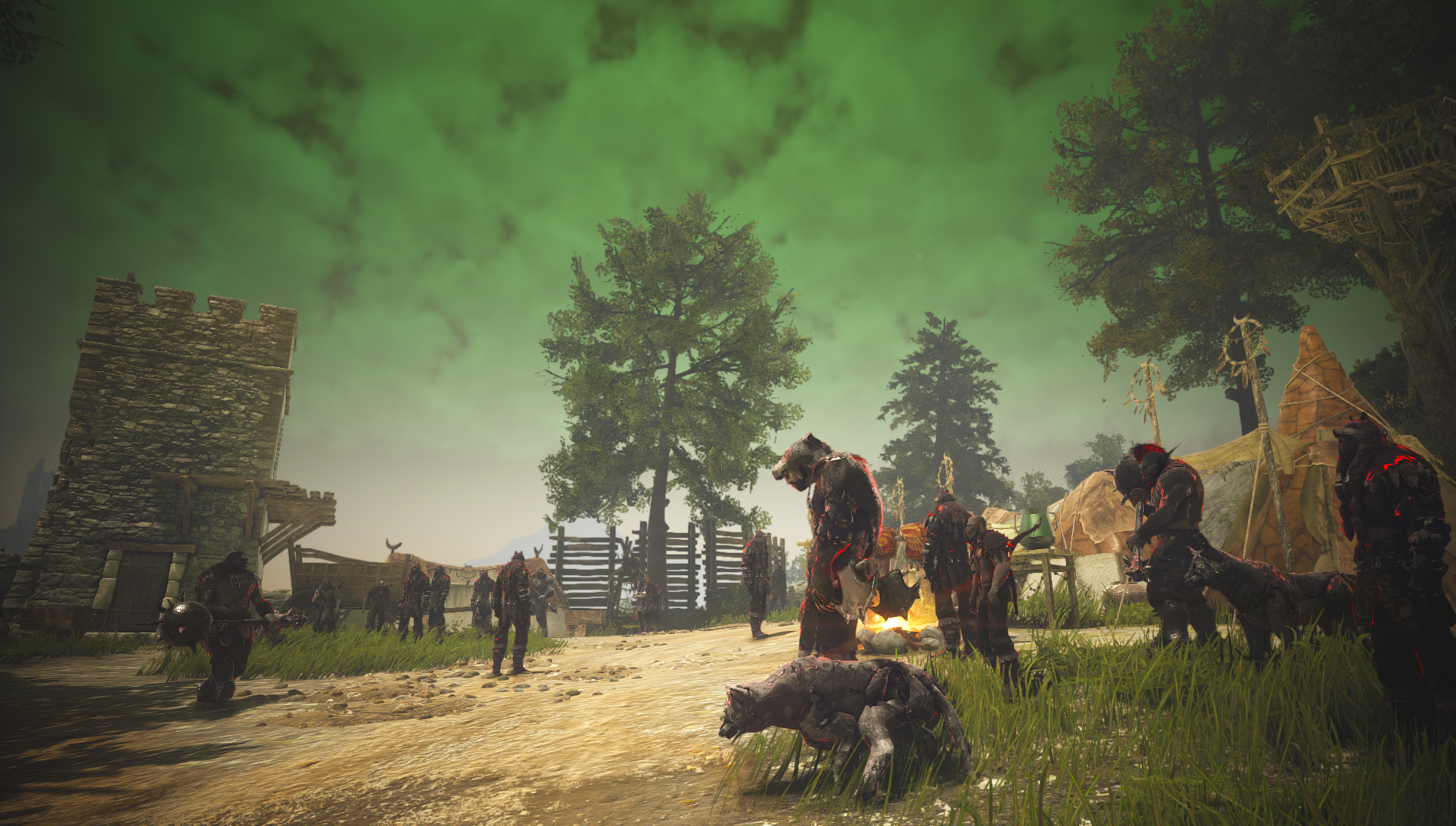 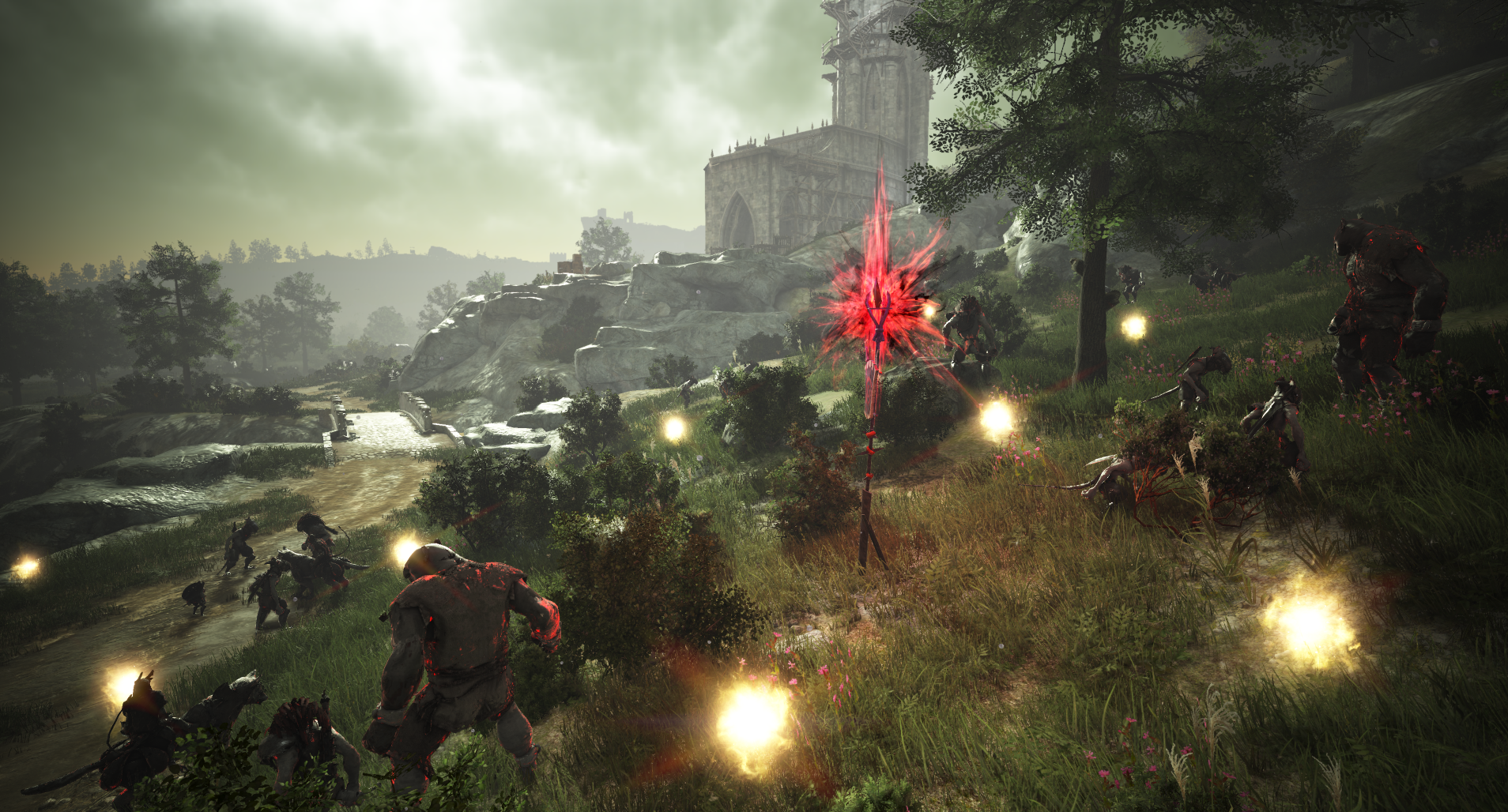 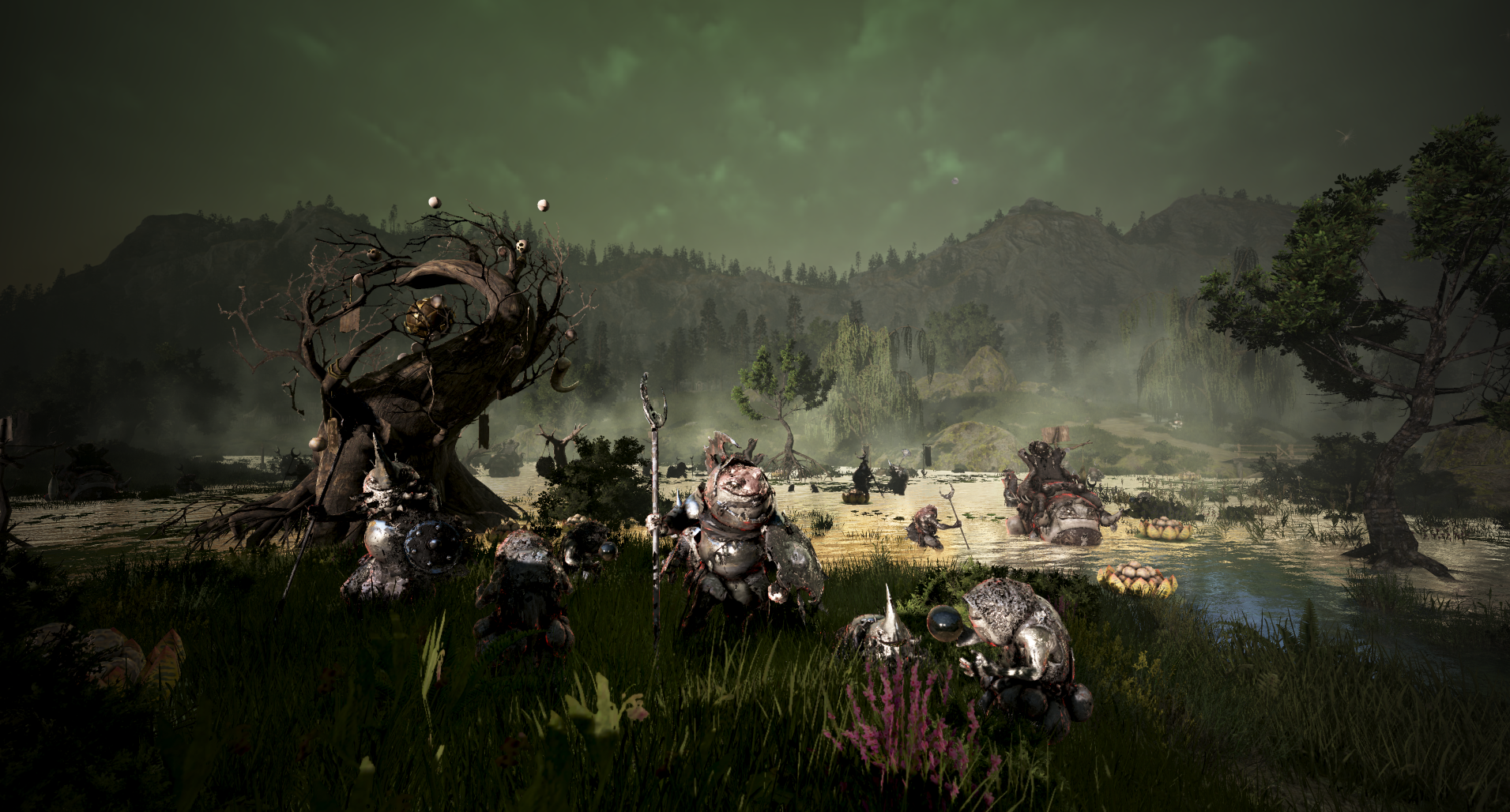 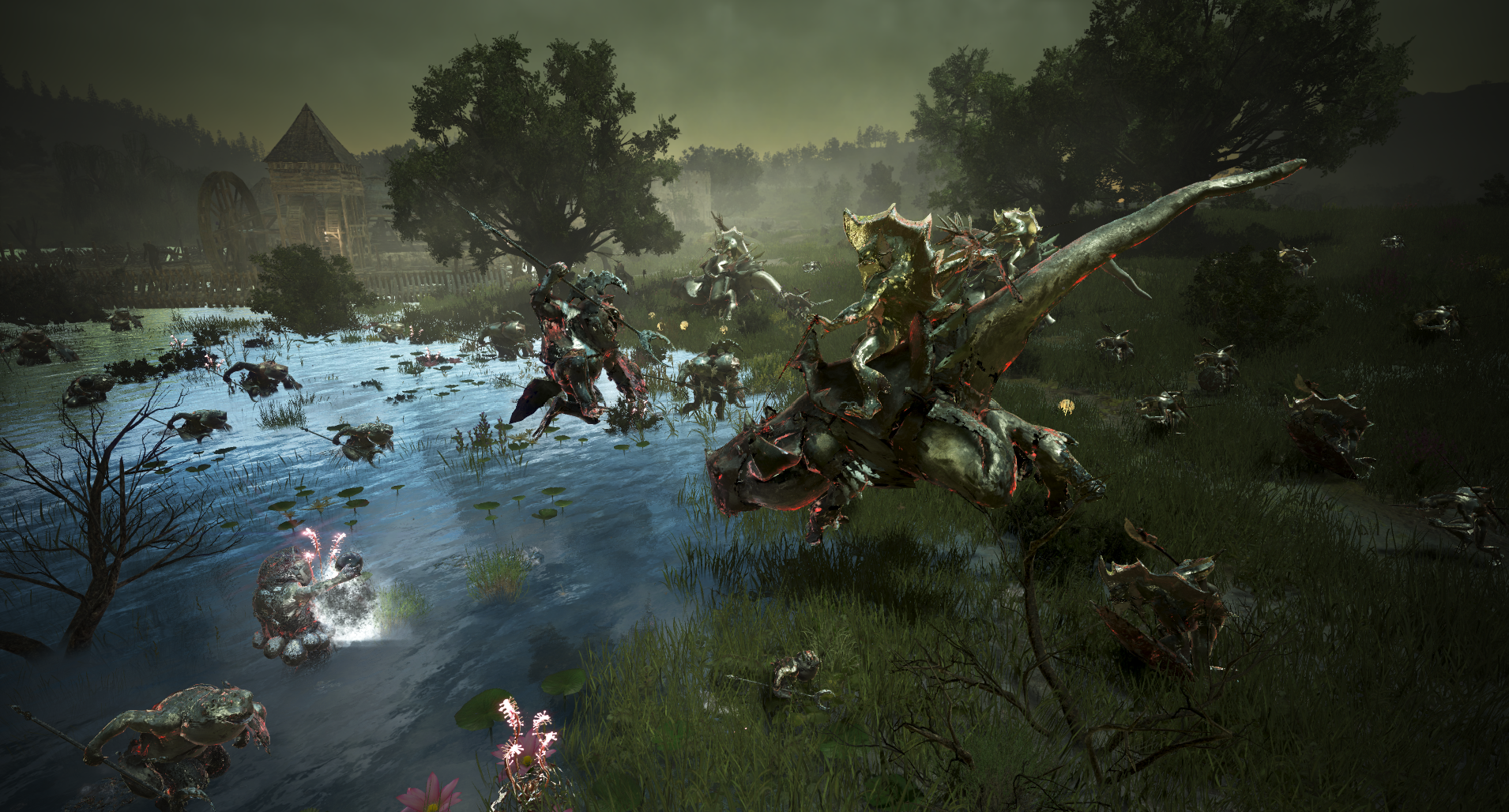 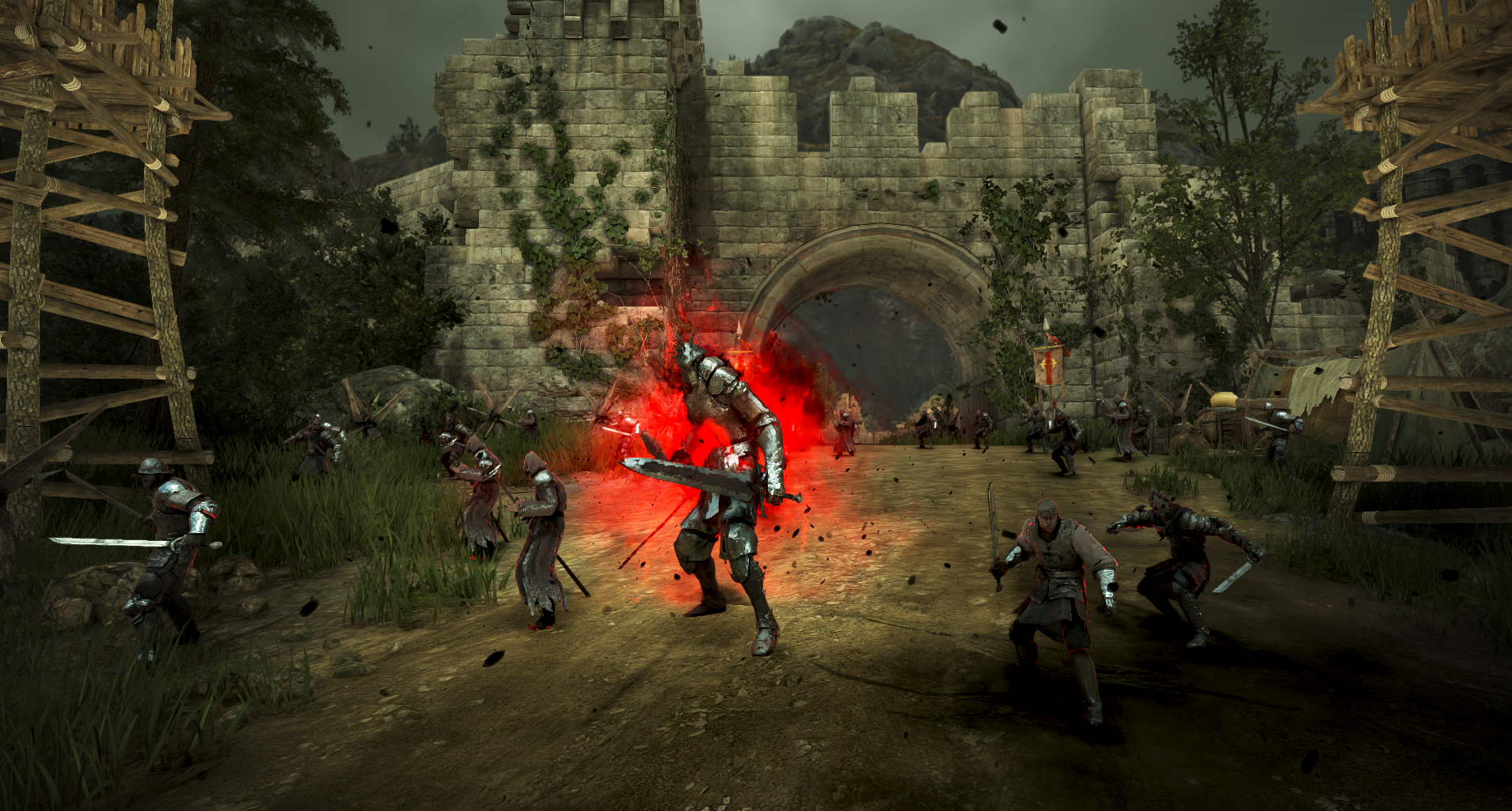 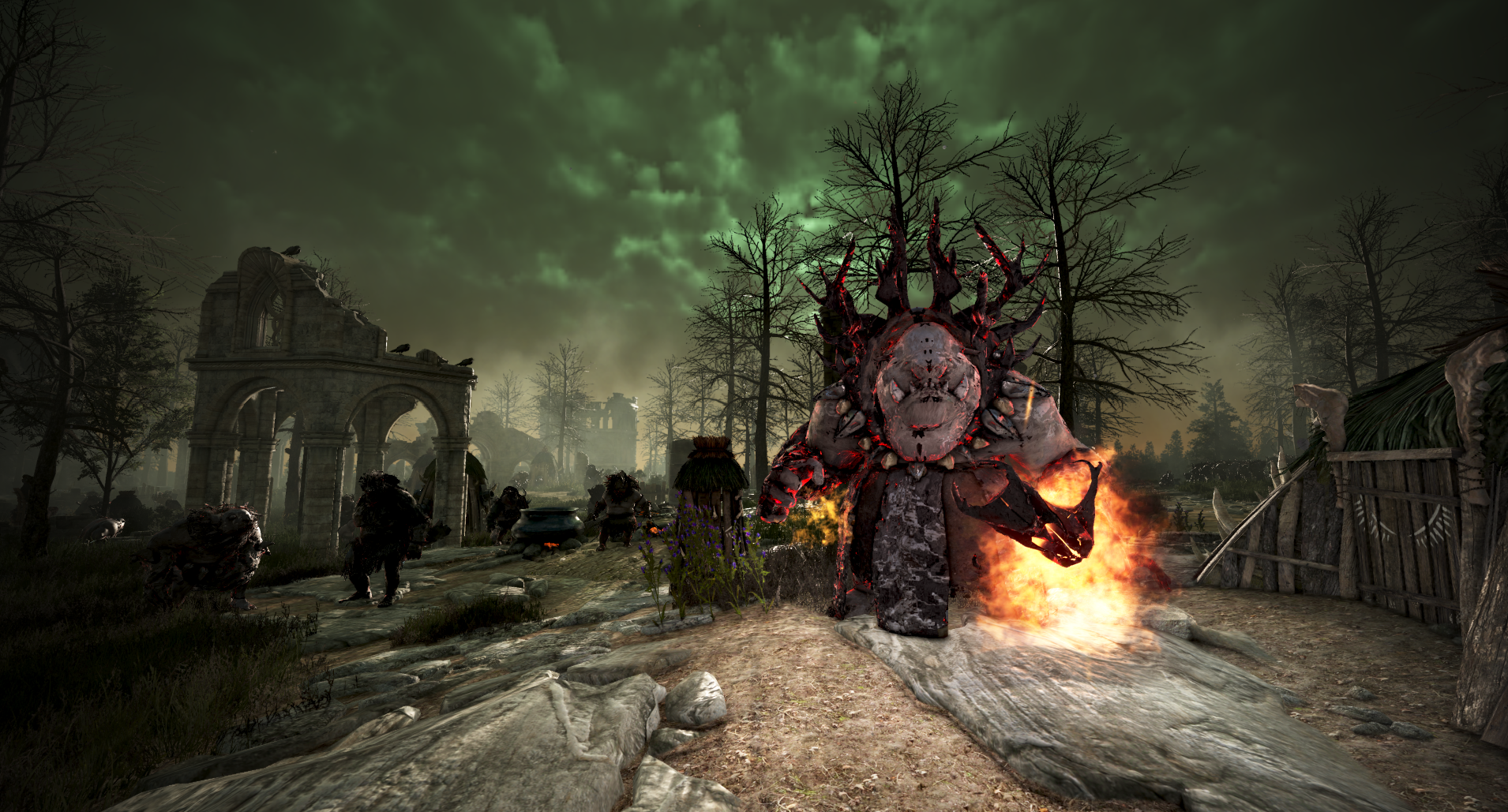 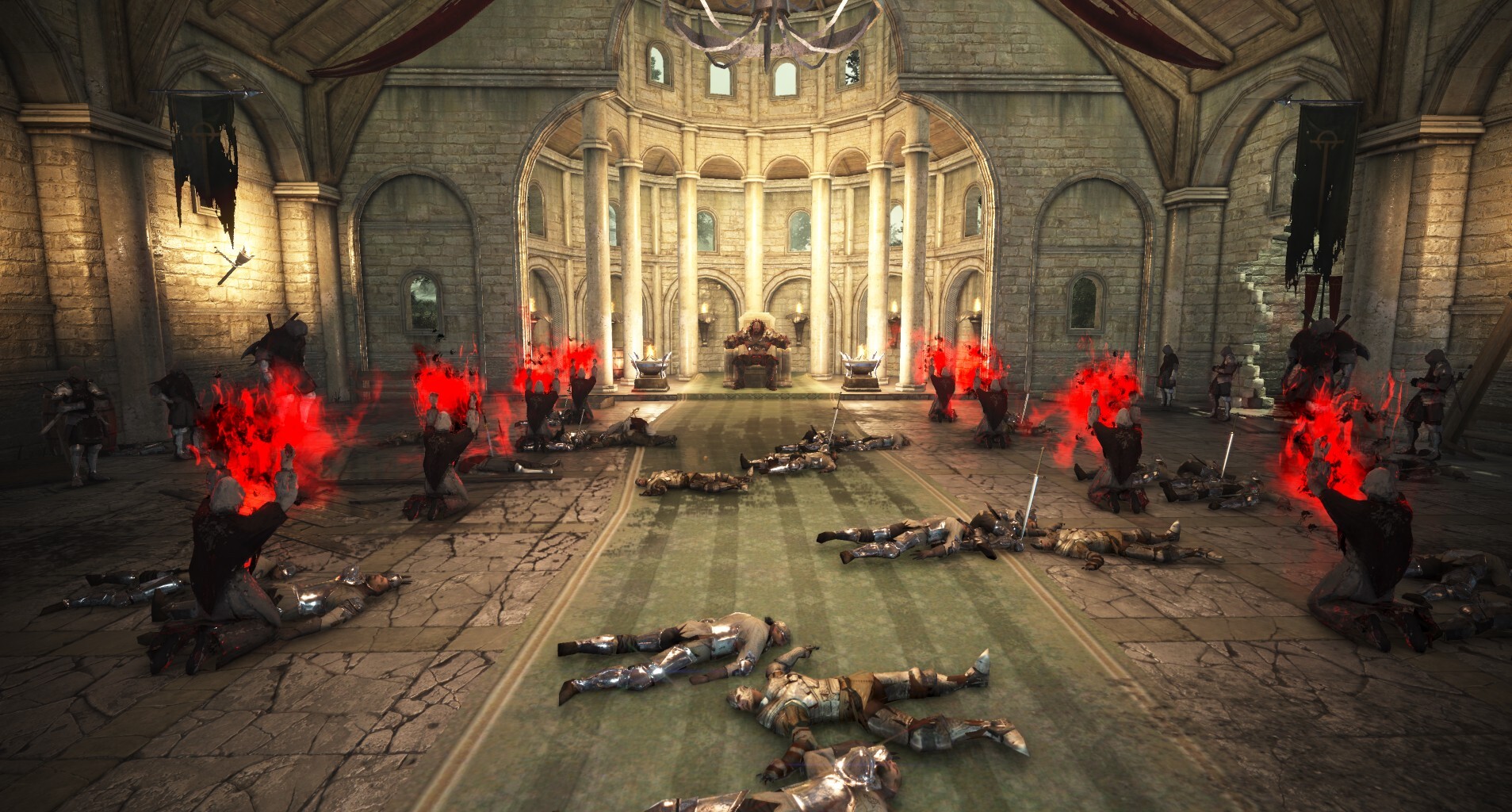 ● The powerof three ancient spirits have been discovered in Elvia realm.

You'll be obtaining "Ancient Spirit's Weapons (Main Weapon/Awakening Weapon)" as you defeat monsters in Elvia realm. These weapons are not very powerful against normal monsters or PvP, but they are extremely effective against monsters in Elvia realm. You'll be given a limited time to use these weapons so you must be quick on how to make most of them. We've created Elvia realm as a fresh way to have fun as adventurers devise new strategies and Ancient Spirit's Weapons were created as a tool for adventurers to diversify their approach to Elvia realm. In the ancient myths, heroes are born and they are confronted with obstacles. They rise over these difficulties to obtain legendary swords and use it to finally defeat the great evil lurking in their world. This new content will help adventurers feel like those very heroes in the legends as they swathe through waves of enemies on the battlefield.

- The three ancient spirits are Valtarra, Okiara, and Narc who served Sylvia, the previous lord of the Elvia realm that is now occupied by Hadum. No one knew about the three spirits' whereabouts since they had been cast out of Elvia realm, but it seems they have returned to aid adventurers who seek to fight against Hadum and her infestation seeping into the lands.

- While defeating monsters in Hadum's territory, young Valtarra, young Okiara, and young Narc will occasionally appear in the field in which adventurers will receive the lightning, fire, and water affinities. As you interact with these ancient spirits, you can choose and receive an Elvia Main Weapon or Elvia Awakening Weapon. These weapons can be used immediately after you receive them.

- Elvia Main Weapon and Awakening Weapon will disappear after 10 minutes of receiving it so they must be used within the time restraint. Max durability is 100 and they are not repairable.

- Elvia Main Weapon and Awakening Weapon cannot be used for Item Copy, Enhancement, Devouring, and Fairy Growth. Caphras Stones cannot be used on them as well. Only Normal Characters may use these weapons.

- Elvia's effects do not apply when the character's Karma is below 0.

- Elvia Main Weapon and Awakening Weapon cannot be sold on the Central Market nor NPC Shops.

- Each Elvia Main Weapon and Awakening Weapon has their own distinct attirbutes that can be more effective in certain situations. 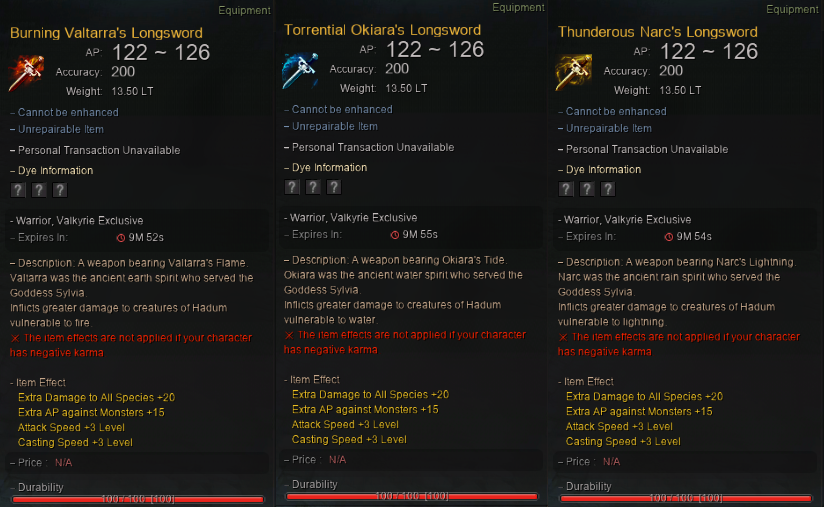 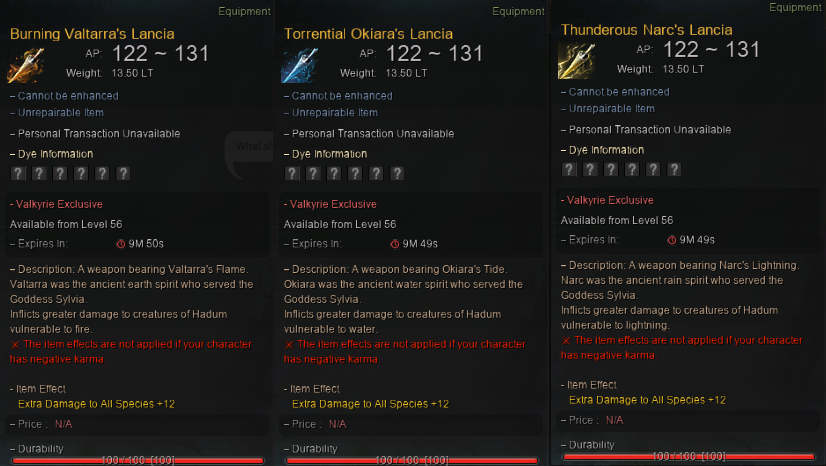 ● Every character has been given a special Elvia Skill, exclusive to their class. These Elvia skills can only be used while equipping an Awakening weapon. 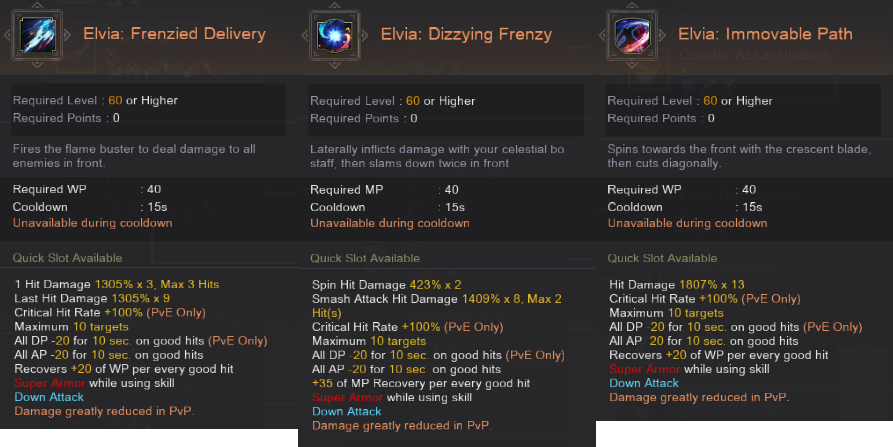 - This quest can be received only once per family and some of the quests in the questline may only be completed in Elvia Servers.

- You can obtain large quantities of materials for crafting Obsidian Specter's Energy while progressing in this quest.

● Added new titles that can be obtained by defeating monsters in Elvia Realm.

- Each Blackstar armor gear (Helmet, Armor, Gloves) can be reformed once to unlock its potential.

- Reforms cannot fail and can be used at any given enhancement level. Any applied crystals and item brands are maintained when reformed as well as durability.

- Reformed Blackstar armor can be enhanced at any given moment regardless of enhancement level like other gears. Enhancement chances, required cron stones, set effects are identical to normal Blackstar armor.

※ However, in PEN (V) enhancement level, it has identical performance to normal Blackstar armor. 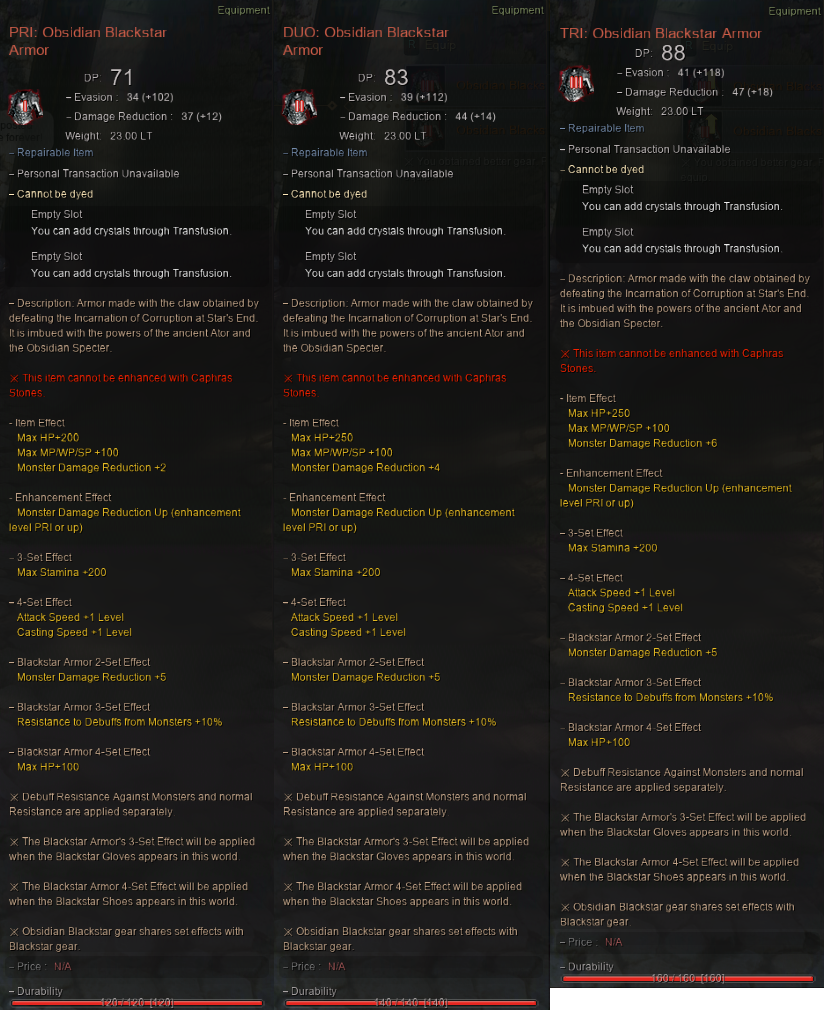 - Formula to craft Obsidian Specter's Energy is as follows:

- You can obtain the following subsidiary materials from the places below: 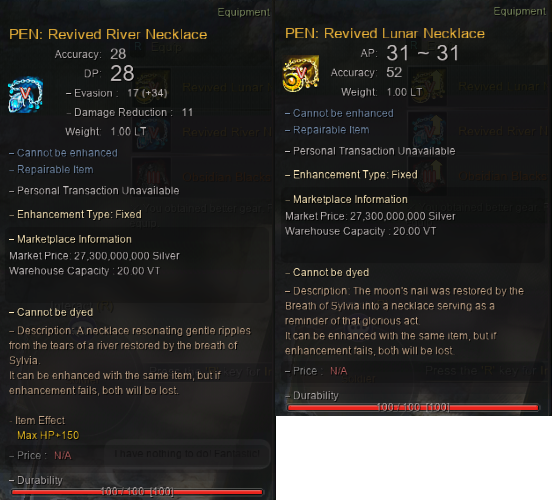 - New accessory materials and crafting formulas are as follows:

● Added 3 new items bestowed with special effects which can be obtained by reforming certain accessories.

- Cup of Arid Moonlight, Cup of a Lonely Cloud, and Cup of Dwindling Starlight are available for registration at the Central Market.

- Reformed necklaces and rings cannot be registered at the Central Market.

- Reformed necklaces and rings can be enhanced and their effects will maintain once enhancement succeeds.

- Reformed necklaces and rings can be reverted back to its original state by using the "Mirror of Equilibrium", purchased from Hughol the Duvencrune Blacksmith, and using the extraction feature from the Blacksmith NPC.

※ Using the extraction function will consume the Cup of Dried Moonlight, stripping it of its power in the process, and extract only 1 Heart of the Arid Forest. 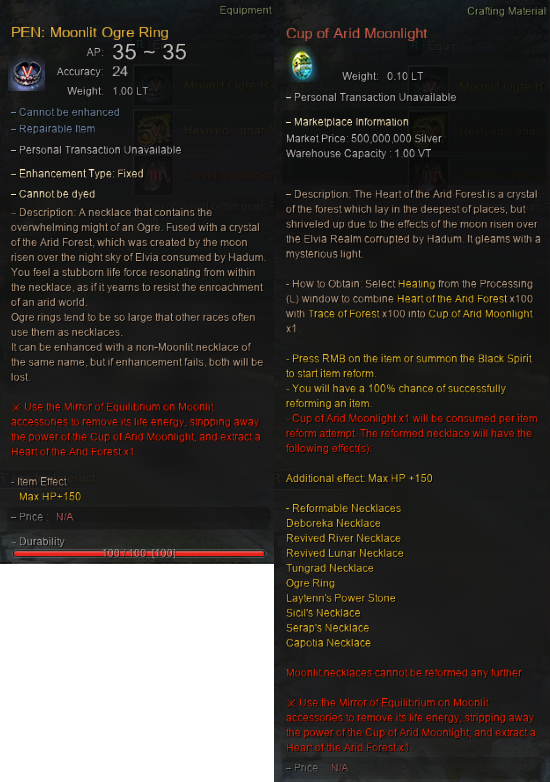 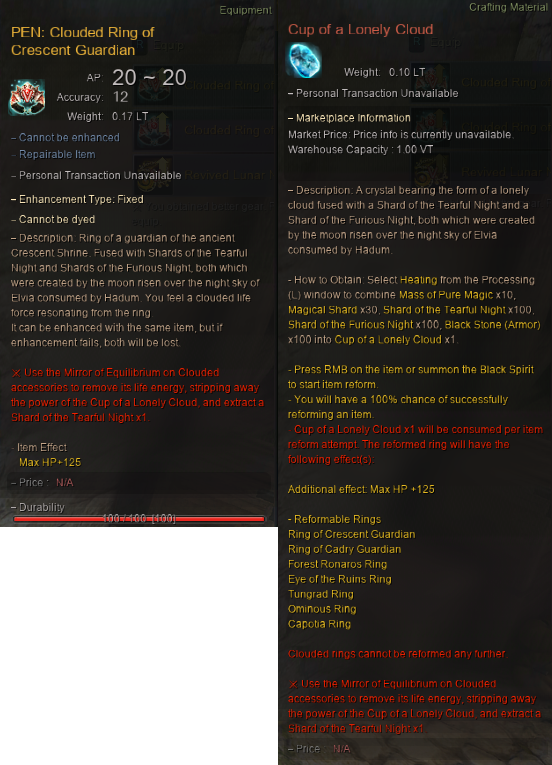 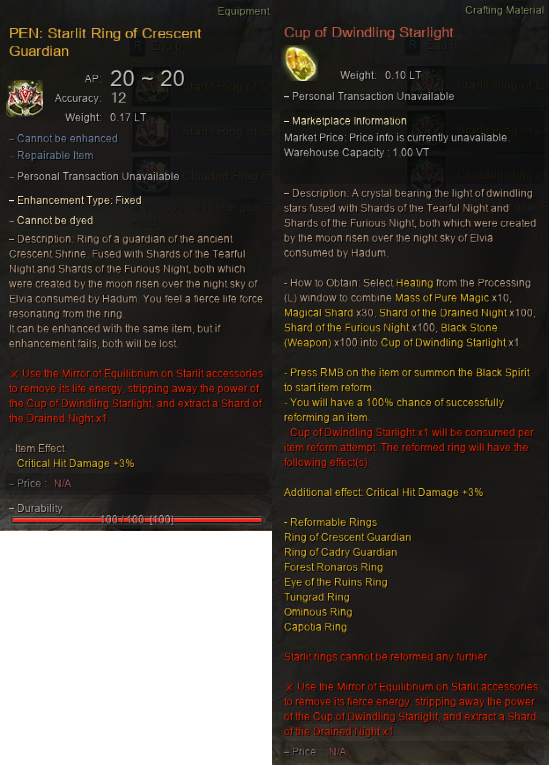 ● Normal Servers and Elvia Servers are now distinguishable in the Server Selection window.

- Normal Servers will be framed in yellow. 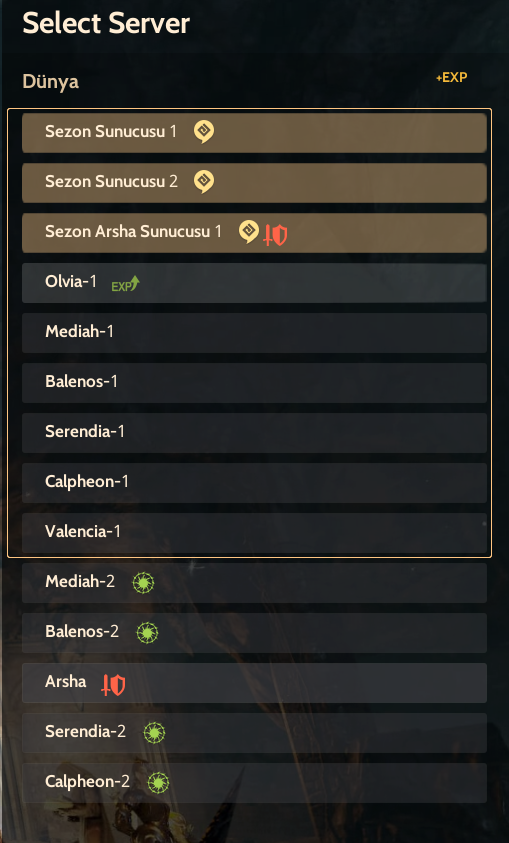 - You must be Lv. 60 or above in Elvia Server to receive these quests.

- Details on said quests are as follows:

- This quest is a family & daily quest. This quest will reset at 00:00 UTC after completion, and can be repeated afterwards.

- Predator's Roots can be exchanged for the following items by Lejenti at a basement in Glish.

* However, you must reach Lv. 60 and above, and must have completed "[Elvia] Obsidian Ashes" under the Recommended Quest tab after activating Quest Preference - "Combat".

● Flame Buster I~III - Fixed issue with Flame Buster's effects not being properly applied whencontinuouslypressing RMB to use the skill, even though it hasn't been activated during cooldown.

● Sanctitasde Enslar - Fixed issue with abnormal damage rates from the skill at level 1.

● Core: Petal Bloom - Fixed issue with the skill's graphic effects so that they're properly displayed when the skill is used after Chase.

● Fixed issue where Shuriken Throw would be prioritized over other skills when used in combination after Ninja Step.

● Core:Luthraghon'sCall - Fixed issue with the skill's graphic effects so that they're properly displayed when the skill is used after Glide.

● Morning Dew - Fixed issue with character's motion being abnormal when using this skill under a certain situation.

● Changed the effects gained from setting up a bonfire through a Bonfire Tool.

● Quoratum'sOpening - Sprint will now be used if you hold down Shift + W after using the Quoratum's Opening.

● Changed to allow "Accel:" skills to be added to the skill cooldown slots.

● Command: Rime Ice can now be used as a combo after Succession:Quoratum'sOpening.

● Succession: Quoratum'sProtection - Changed so that character no longer recoils back when succeeding in blocking during Quoratum's Protection. However, if your Guard Gauge is below 40%, the character will recoil on blocks as before.

● Increased All DP increase effect duration from 5 sec. to 10 sec. which can be obtained by summoning Thornwood Guards and going into protection stance after learning Succession:Quoratum'sProtection.

● Axianand Thornwood Guards will now prioritize orders when casting Prime: Icy Prison, even when carrying out other actions.

● Axianand Thornwood Guards will now prioritize attack on the target aimed by the character when casting Prime: Icy Prison or Command: Opening.

● Increased the price of Merv's Palette (30 Days) in NPC shops as below.

● Fixed issue with different mail expiration dates that varied depending on the PC running Black Desert.

● Changed message descriptions to be more natural in translations when reverting settings from Settings UI and when gamepad has been disconnected.

● Changed CI design at the bottom-left side of the game start screen.

● Improved Boss Notifications to activate at actual in-game boss appearance instead of the timetable based in the client.

● Improved replay features for Arena of Arsha to help streaming.

● Added effects to the Value Pack.

● Changed the Value Pack (30 Days) to be sellable in the Central Market under the category Pearl Item > Function.

● Added a progress bar when shifting between tabs in Adventurer's Board.

● Fixed issue with Oasis of Knowledge where text would continue in one line.

● Fixed issue in Old Moon Grand Prix where navigations disappear due to pet skills that detect hostility of other adventurers.

● Fixed issue with [Wizard] Desert Camouflage having graphicalanomalieswhen equipped on a younger body-type.

● Fixed issue where parts of the eye would turn black when equipping [Mystic] Banha Helmet.

● Fixed issue where Pila Fe Outlaw Hat would appear abnormal when the face shape of [Berserker] is changed.

● Fixed issue with Button UIanomalieswhen dying in a Siege War.

● Fixed issue with Red Battlefield Score Status UI so that the description "Preparing"linebreaks when it becomes to long to fit in.

● Fixed issue where there was a lack of image when putting your cursor over the Choose Succession button in the Skill window.

● Fixed issue with reconnecting when a character dies while equipping a Fallen God's armor and having karma lower than 0.

● Fixed issue where the game would terminate on certain occasions.

● Fixed issue withFocusFireattacking an abnormal location when Photo Mode is on.

● Fixed issues thatoccurredwhen you change the UI window size in the ESC menu while Edit Menu is on.

● Fixed issues with [Shai] Noel Hat so that it can be dyed.