Event 2. A Summer Night to Remember

● Fixed the issue where the notes would be rearranged abnormally if a composition was saved after expanding the score or changing the BPM in the Compose/Score window of the Music Album.

We apologize for sharing the news about this fix so late. We can understand how frustrating it must be to save a new composition then find all the notes rearranged by 1mm. So after much hard work, we are glad to finally announce that the notes in the Music Album compositions will now stay in their original, saved positions.

● Changed certain regions of Iliya Island so you can fish up Black Eye Crabs, a Prize Catch type, once again.

● You can now fish up Black Eye Crabs, a Prize Catch type of Iliya Island, in certain regions of the Slippery Scallywags isle.

● Expanded the safe zone by the entrance to Blue Maned Lion's Manor.

● Glide - Fixed the issue where the skill did not activate when used immediately after Tab is pressed while moving forward in combat stance.

● Glide - Changed so that the skill takes priority in activating over sprint when Shift is pressed after Tab is pressed while moving forward in combat stance.

● Fixed the issue where certain skills could not be comboed immediately after Tab is pressed while moving forward in combat stance.

● Sand Warp, Prime: Sand Warp, Flow: Sand Warp - Changed so that the skills take priority in activating over sprint when Shift is pressed after Tab is pressed while moving forward in combat stance.

● Mareca : Jet Stream - Improved to turn the character in the direction the camera is facing when comboed into Mareca: Spiral Soak.

● Smooth Sailin' - Improved to now be comboable during the stop animations.

● Ocean Melancholy - Improved to combo more smoothly into other skills.

● Wave Lash - Improved to combo more smoothly into other skills after the 2nd hit.

● Splashin' Around - Improved to combo more smoothly into other skills.

● Improved backward movement to combo more smoothly into other skills after guarding successfully.

● TidalSlash III - Absolute - Fixed the issue where no Critical Hit Rate marker was being displayed.

● Changed the PvE damage for the following skills (PvP damage remains the same, but PvP damage reduction rates have been adjusted accordingly):

● Wave Pout - Improved to combo smoother with Storming Gale and Wave Lash after using the skill.

● Flow : Tide's Kiss - Improved on the issue where hitting with the skill caused her to move slower.

● Crashing Wave - Decreased the range she moved when using the skill.

● Wipe Out - Improved to combo smoother with Riding Waves after using the skill.

● Wave Breaker - Fixed the issue where stamina was being consumed twice when using this skill.

● Wave Breaker - Fixed the issue where the skill would stop when used with insufficient stamina.

● Absolute: Smooth Sailin' - Changed the on use effect "All Evasion" to +9% for 10 sec.
● Smooth Sailin' - Changed to turn slightly when used right in front of an enemy.
● Wipe Out - Improved to be able to combo with Prime: Mareca: Jet Stream, Prime: Mareca: Sea Stroll, and Mareca: Spiral Soak during the skill.
● Fixed the issue where her appearance moved abnormally in the Pearl Shop and Customization window.

● Changed the PRI (I) Tuvala Main and Sub-weapon Boxes exchanged from PEN (V) Naru Main and Sub-weapons to now open immediately upon receipt, granting you a suitable weapon for your class.
● Changed Rift's Fragments, obtainable on the Season Servers to form Rift's Echo, from character-bound to Family-bound.
● Added Nova and Corsair to the list of classes that can open [Event] Loranne Bikini Box to get a Loranne Bikini for their class.
● Added Sage to the list of classes that can open [Event] Luvis Swimsuit Box to get a Luvis Swimsuit for their class.
● Changed the description for Golden Terrmina regarding how to obtain the item.

● Increased the lowest possible chance to obtain knowledge from defeating monsters in Balenos to Mediah by 10%.

- However, the rates to learn knowledge from Shultz Guard monsters remain the same as before.

Gathering bits of knowledge as you grow stronger is one of the small pleasures of playing Black Desert. Especially some knowledge of certain monsters can be more difficult to learn, which may serve as a challenge to the collector within all of us. On the other hand, only by learning a certain monster's knowledge will you be able to see their health in detail. Thus, some Adventurers have requested we provide an increase in the rate for learning knowledge to help new adventurers adjust better. In response, we have decided to increase the rate of learning knowledge for monsters up to the Mediah Territory. However, the Shultz Guard garrison is not a monster zone for novice adventurers, so they've been excluded. We will continue to look for better ways to provide support for New Adventurers.
● A bunch of Kzarka's followers have succeeded in unlocking the sinful power of the Vessel of Inquisition.
● The Harbinger of Defilement monster now appears from the Vessel of Inquisition at Star's End.
● Harbinger of Defilement will throw its sin-filled spear mightily from afar to provide support to power-hungry followers of Kzarka. 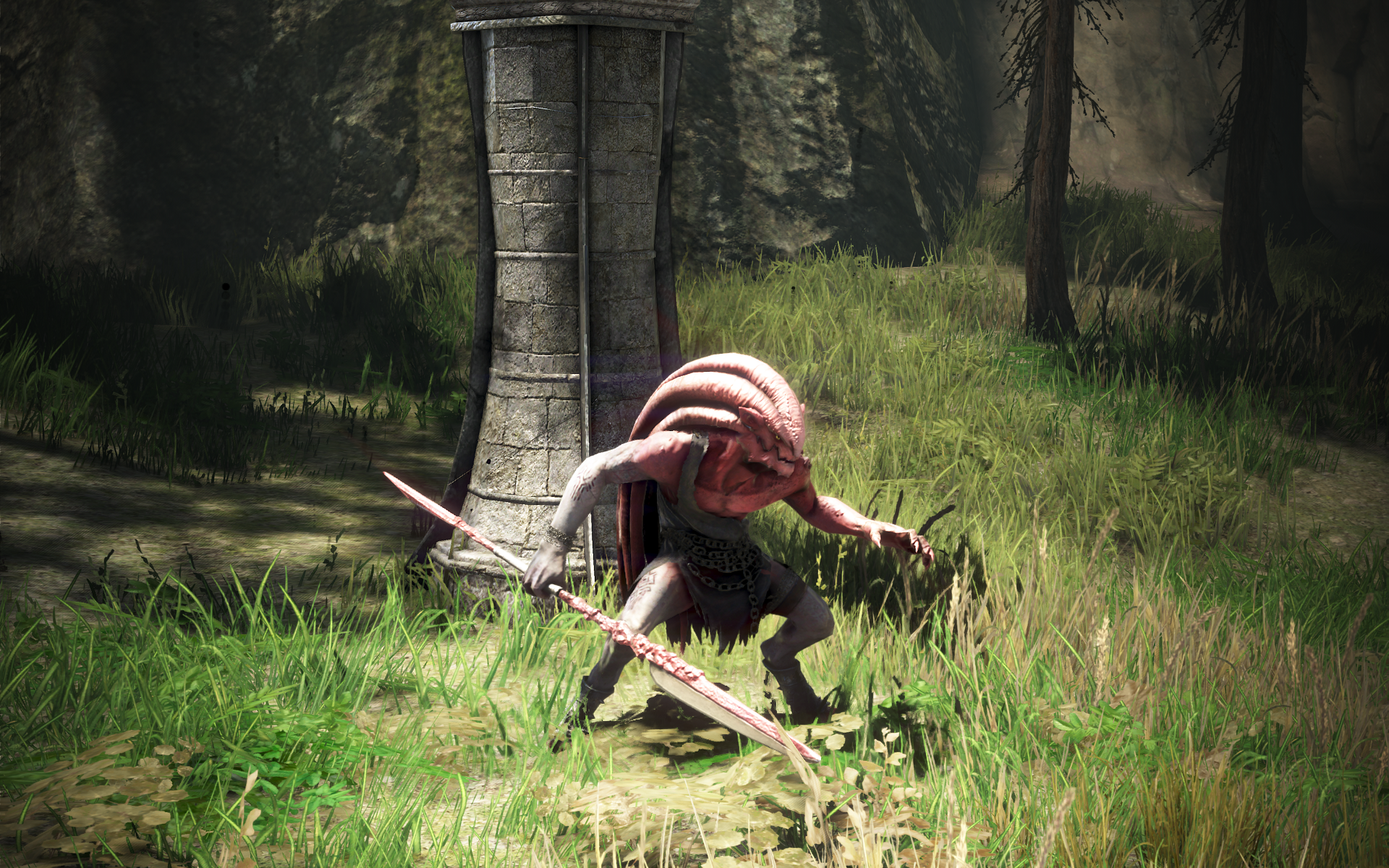 We've gathered a lot of feedback from our Adventurers after the release of Atoraxxion. First off, in order for more Adventurers to enjoy the dungeon, we removed the penalty for dying in Atoraxxion on season and normal servers, While this penalty will be retained for Elvia Realm servers, the awards have been bolstered in exchange.

In addition, in order to mitigate the need for a specific class when facing Apex Urukios, we've increased the DP reduction debuff applied to Urukios in its 3rd phase. We've also made it more clear each time Apex Urukios enters a new phase in Vaha's Cradle so Adventurers will be able to prepare better for the next pattern.

We also determined that the damage of the falling stones and boulders posed too much of a threat to Adventurers with lower health bars when facing Apex Urukios, so we adjusted their damage accordingly.

We look forward to hearing and reading your feedback on Atoraxxion: Sycrakea as well. Thank you.

● Fixed the dialog of certain NPCs in the Lake Flondor area.
● Fixed the issue where Grace Lauren's voiceovers were overlapping during the Atoraxxion main questline.
● Changed so you can now control the volume of Atoraxxion NPC voiceovers.

● Fixed the issue where completing some of the main quests before becoming a season character by using the item "Fughar's Timepiece" would prevent completion of some of the Season Pass objectives.

- The objectives that could not be completed before can now be completed by summoning the Black Spirit (/) and talking (W) to it.

● Fixed the issue where characters with main quests before the main quest rework who become a season character by using the item "Fughar's Timepiece" could not complete some of the Season Pass objectives.

- If the character completed the following quests, then they can now be completed by summoning the Black Spirit (/) and talking (W) to it.

● Added the settings for the custom HP bar to the game settings you can go to by pressing (New) Menu ESC, then Settings (F10)

● Added a description about how the days and nights work in the Black Desert world that appears when you hover your mouse over the game schedule category on the upper right of the screen.

● Changed the notification widget that appears on the bottom right of the screen when your Inventory is full or when you exceed the weight limit to disappear when you empty your Inventory, decrease the weight, or click on the widget.

● Improved moving items through the Central Market Directors and Storage Keepers to be able to move 20 non-stackable items at a time.
- However, only gear of the same enhancement level can be moved together. As for PEN (V) gear, only one of them can be moved at a time like before.
- Added the same function to Head Storage Maids/Butlers.

● Added and changed the search function for each of the following: Inventory, Pearl Inventory, Family Inventory, and Central Market Warehouse.

- Changed the effect that appears on the searched item to be maintained even when the item is moved to a different slot.

● Added a function in which the Skill (K) window opens when you click on the skill points icon in the upper left of the screen.

● Added a function in which you can set up to 20 items to display the amount of cooldown remaining at the Skill (K) window. 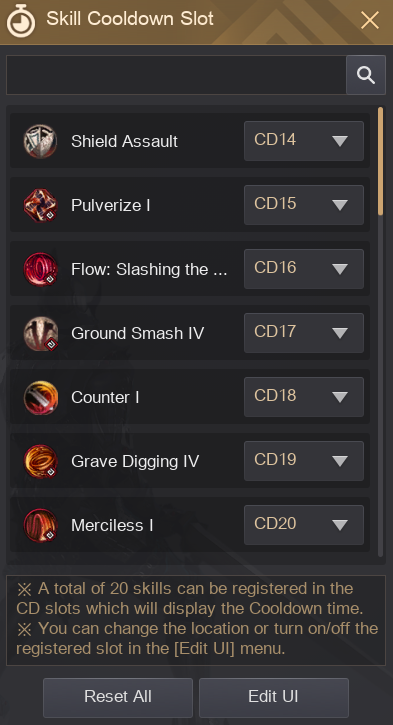 ● Added a feature that causes buttons for the NPC Pathfind function to appear on the left side of the Minimap when you enter a village.

- You can click on the following UI to fold and unfold.

- Changed the Guild Recruitment window to list up to 30 random guilds.

- Added the Sort and Search functions on the Guild Recruitment window.

- Changed to allow the applicant to write a message when asking to join a recruiting guild.

- The Guild Master can now send invites to applicants to join the guild regardless of if they are online, offline, or on a different server.

- When invited to join a guild, you'll join as an Apprentice guild member with a 15-day contract period, that has a deposit of 30,000 Silver, and a 15,000 Silver cancellation penalty. When your contract as an Apprentice ends, you will be able to become an official Guild Member. 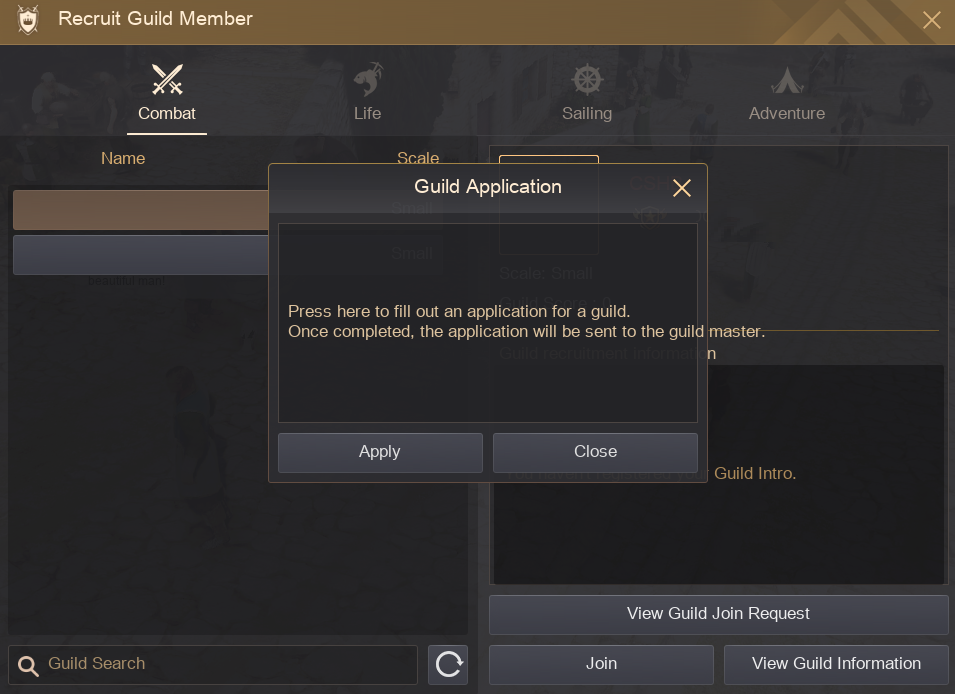 As our Adventurers may be aware, Black Desert is a game that exists in a single world where you can freely come and go on many different servers. Unexpected inconveniences often occur since the servers run on a channel-like system. Due to this, you previously had to be on the same server when inviting a party or guild member.

Though we had the means to overcome these structural issues, the original intent of maintaining such a traditional system was to make sure our Adventurers had direct communication when cooperating with one another. However, we realized it was important to give our Adventurers more convenience while playing Black Desert, so we ultimately revised this system. We would like to apologize for being so late to provide you these results.

● Moved the "Captain's Medallion" item from the "Consumables" category to the "Slot Expansion Coupon" category.

● Changed the pages you will be forwarded to when logging in or completing the registration process from the Black Desert official website to the following:

- When you attempt to login while viewing a post, you will be sent back to the post after logging in.

● Improved the Black Desert client to allow you to complete the registration process in the client when logging in with "Login with Social Media Account."

● Fixed the issue where items would move to the locked slots when using the Auto-Arrange function on your Family Inventory.

● Fixed the issue where the color of the Exchange Pet button would appear abnormally after applying the Summer Season UI theme.

● Fixed the issue on the Recruit Guild Member window where the guild intro and icons were not displayed immediately.

● Fixed the issue where proceeding with the Black Spirit quests would cause the game to have issue if the character has completed all of the main quests. .