(Patch size: approx.  902.31 MB)
- Please note that the update for Steam may be larger than the size listed above.

Event 4. Discount on Packages & Bundles in Time for Black Friday!

● The third volume of Alustin's Alchemy Journal was discovered among the old books in Calpheon. It's available to Adventurers that completed the first and second volumes. You can uncover more about the story of young Alustin and Caphras, and how their paths crossed with some courageous, unknown adventurers.
● Changed the following completion requirements for the Season Pass due to changes in converting PEN (V) Naru gear to PRI (I) Tuvala gear.

● Improved the following Season Pass objectives for equipping Naru gear to be able to be completed by talking to the Black Spirit (/) when you have already exchanged Tuvala gear without having equipped Naru gear.

- The button will only be displayed when talking to the Black Spirit if you have the PRI (I) - PEN (V) enhanced Tuvala gear pertaining to the Season Pass objectives in your possession.

● Changed to no longer be immune to desert sicknesses when traversing the desert, and sailors' health will now deteriorate while they are out sailing and exploring.

Naru gear was really helpful for leveling from the Serendia questline to the Mediah questline and was also a sort of a tutorial gear that helped with understanding all levels of enhancement in Black Desert. The gear was designed to help you progress through Mediah with little difficulty, but Adventurers not yet used to the skill commands felt a much steeper difficulty spike than others. Due to this, we improved the stats of the Naru gear to allow for a safer adventuring experience. We will continue to provide quality-of-life updates for our new Adventurers.
● Added a feature to easily exchange the PEN (V) Naru gear (excluding accessories) obtained by a season character for PRI (I) Tuvala gear through the relevant UI.
- The button for converting to PEN (V) Naru gear will appear in the upper left of the Equipment UI when your season character has a piece of PEN (V) Naru gear equipped or in their Inventory.
- Use the Convert UI to convert your PEN (V) Naru gear into PRI (I) Tuvala gear.
- Changed the Season Pass objectives for converting to PRI (I) Tuvala gear, due to the addition of this feature. 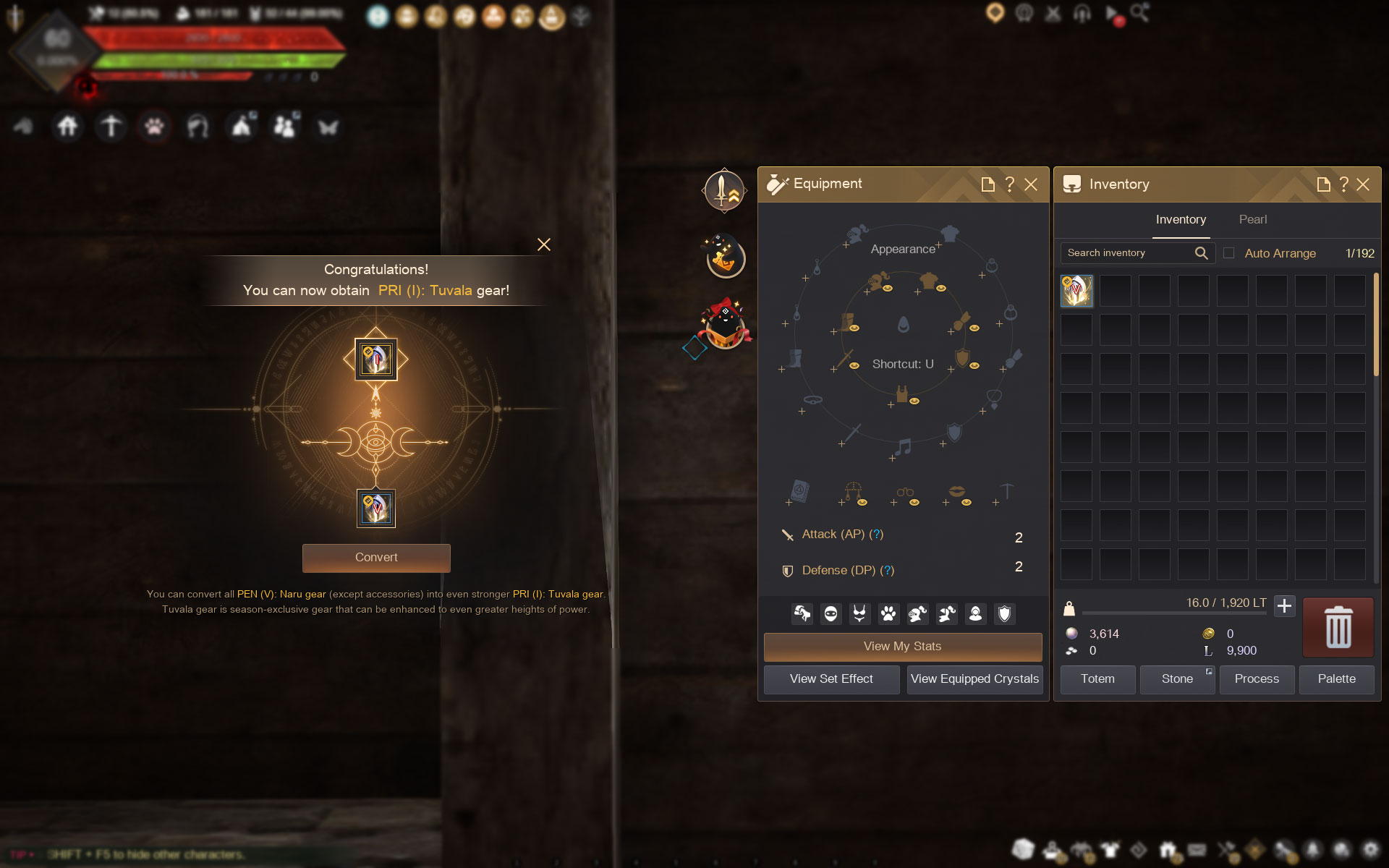 ● Added effects to each parts of the Naru gear that improves depending on their enhancement levels, PRI (I), DUO (II), TRI (III), TET (IV), and PEN (V).

● Changed the description for "Monster Damage Reduction Up," an extra effect gained by enhancing gear.

● Changed your character to display a motion where it cheers with joy when you obtain a Pure Black Stone item.

● Added a note of caution to the item description of Pure Black Stone about its duration and expiration. 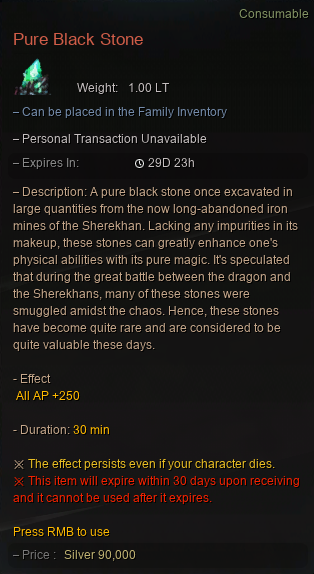 ● Improved the visual effects of the special actions for the following outfits:

- Changed the special action for the [Wizard] Sleepless Sun outfit.

- Changed the special action for the [Striker] Burning Soul outfit.

● Changed the location mentioned in the item description for Al Rhundi's Secret Orders obtained from Elvia: Castle Ruins to match the changed location.

● Increased the drop rates of the following items for the top 20 contributing Adventurers that help defeat the World Boss, Thundercloud Kutum.

● Changed the item required to complete the "Curing Someone" quest from a trade item to a quest item.
- Due to this change, the reward item for the preceding quest, "Craft Medical Kit" was changed to the pertaining quest item.

● Added the function to save custom colors in the Color Palette for hair/gear (outfit) customizations in the Dye (J) and Beauty Album (F4) windows.
- Open the Color Palette UI, then press the Save Color button to save the desired color.
- These saved colors will remain even after changing servers or disconnecting from the game. You can use them for dying your character's hair or gear (outfit) whenever you please. 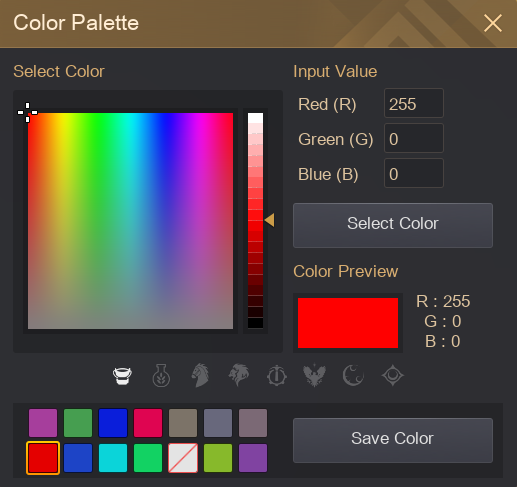 ● Changed the residence icon to not be displayed when you only own the Blue Maned Lion's Manor.
● Changed the command for switching to your Family Inventory on the Inventory UI from pressing RT to pressing and releasing RT in the gamepad UI mode.
● Fixed the issue where the background for the area of the Adventure Log's citation button would appear abnormally.
● Added certain special characters to the font so that they would be displayed normally.

● Removed the "Remember Me" option from the Black Desert log-in page.
● Changed the location of the Support page link in certain verification emails.
● Fixed the issue with the Hashashin image being displayed abnormally when using Samsung Galaxy mobile devices in "Dark Mode."