● Added phases to Dark Rifts where they grow more violent or weaker during a set period of time. Scholars are still researching the possible cause of this phenomenon, but for now, they have discovered that the Dark Rifts will cycle between these two phases repeatedly.

* The Dark Rift will enter Violent Phase for the following period of time. The boss monsters appearing from Dark Rifts during this phase will be stronger. Once this phase ends, the Dark Rifts and the monsters will grow weaker.

* The following monsters will become significantly stronger during this phase and their rewards will also get significantly better:

* The following monsters will appear about 30% faster during this phase:

- Sea Coins can be used to trade in the desert and Margoria Ocean regions.

* Added more items to the list of materials from land that can be traded for Level 1 sea trade goods.

- Additionally, the probability of a better special barter becoming available increases according to the "Accumulated Number of Exchanges".

● Prime: Whiplash - Improved to recover HP per target on hit. Adjusted the amount of HP recovered to the following:

● Cataclysm, Black Spirit: Cataclysm - Changed the attack radius of the skill to match the maximum radius.

- You can accept the quest "[Dark Knight Succession] The Conviction" from Black Spirit after completing the awakening quests.

- You will learn the skill "Wrath of Vedir" through the succession quests. It enables you to be even more powerful with your Kriegsmesser.

- You cannot use the Vediant after completing Succession.

- The skill-ons on the Awakening Skills will reset when you learn Succession skills and vice versa.

- You can change from Succession to Awakening by resetting your skills to unlearn the skill "Wrath of Vedir".

- You can change from Awakening to Succession by resetting your skills to learn the skill "Wrath of Vedir".

- Ain Main Weapons for all classes

●  Changed the Black Abyssal Weapon Box rewarded for the quest "[Boss] The Overlord of Omar Lava Cave" to be used immediately upon completion of the quest.

●  Changed the hint for the "Horio Tinya" knowledge. 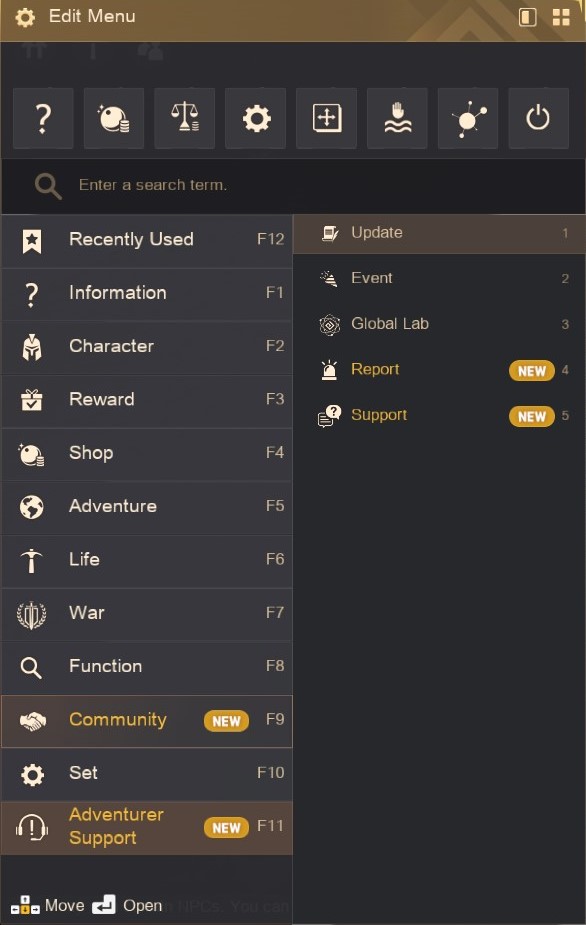 Functions that are scattered between the official website and various places in the game were all organized into this new function called Adventurer Support. This was made to organize all the notices, update information, and operations related functions to a single location. This function can be found in the new ESC menu. Certain functions can still be used through the same UI as before. We will strive to make important information more easily accessible for our Adventurers. 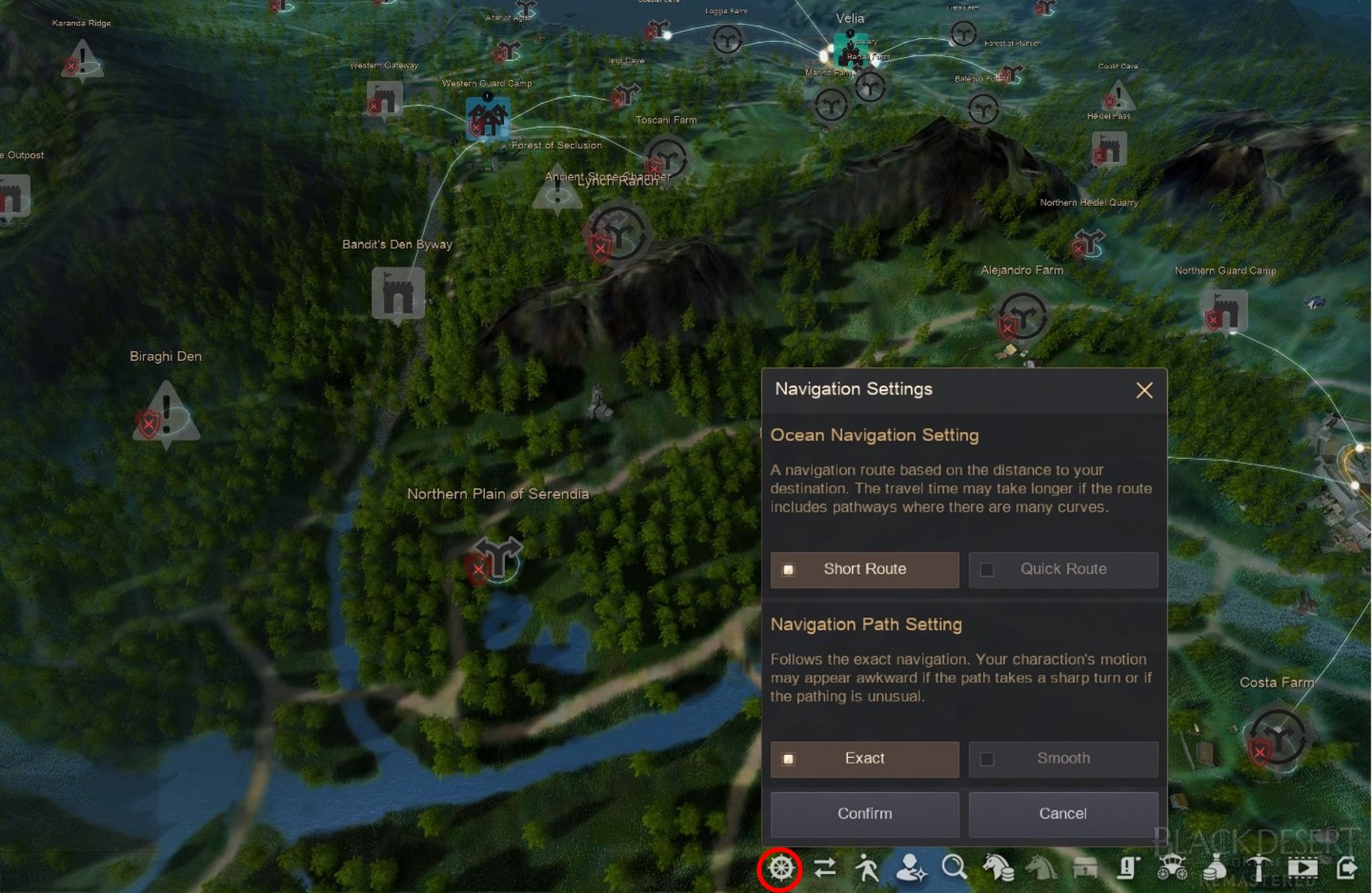 - Settings for "Ocean Navigation Setting" and "Navigation Path Setting" are available on this window.

● Added a wiki link to the Fairy Information window.

- Now you can gather Bottle of River Water near the waterfall at Oquilla's Eye.

● Fixed the issue where the fishing chair would be stuck on the hand while standing up for [Warrior, Ninja, Striker, Archer].

● Fixed the issue where the crafter's name would sometimes not be displayed in the description of PEN (V) items when they are sold on the Central Market.