Warriors are skilled fighters with balanced abilities in both attack and defense. Using Sword and Shield as the main weapons, they are the best weapon-wielders among all class. While in battle, Warriors will show off their intrepidity with a storm-like barrage of melee combat actions.

Warriors are the male counterpart to Valkyries, and while the play style can at times be similar, the skills and overall feel of the class is different. One of the key differences is the retention of a high amount of battlefield agility and general movement, allowing for skilled players to dodge in and out of fights at lightning speed.

They also belong to the exclusive group of classes that can block all frontal damage (to a point) while holding their block stance. This gives them a decent bit of forgiveness for mistakes but ultimately requires some patience to learn when to drop their defenses and begin their strike. In solo PvP, they handle themselves very well, and while not equipped with many support skills they still prove quite valuable in group PvP thanks to their survivability and zone control capacity.

Players looking for a hardy tank class with high mobility and damage (when played well) are advised to go the path of the warrior. While challenging to perfect the class, it's fairly welcoming to new players. 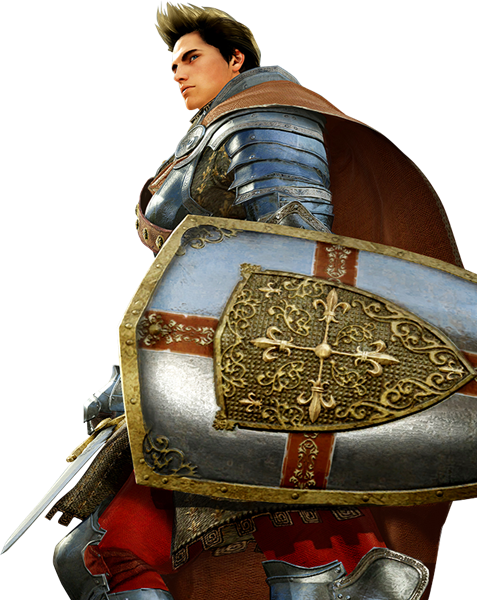 Rangers are the specialists of ranged archery attacks. Under the grace of the Sylphs, Rangers present swift movement in any situation of battle. Most of their skills are based on preventing enemy's attempt of melee approach. The Sylph's mystic power is the source of their ability.

Rangers in Black Desert is one of the few truly ranged only oriented classes, with the singular mindset of always keeping distance. While they certainly have skills in the event opponents do make it close, their most damaging abilities are best suited for mid range combat.

Solo PvP is certainly possible, and even quite good in the hands of a skilled kiter, but the class truly shines when involved in group based combat. The raw damage output on any opponent not paying attention is no joke, and they can unleash a good amount of AoE damage for any foolish enough to group up.

This makes them equally good in PvE, and reasonably forgiving as long as you play to its strengths. Not everyone will find Archers to fit their style of play due to the nature of kiting, but those who stick with it will find there is decent growth for expert level play. 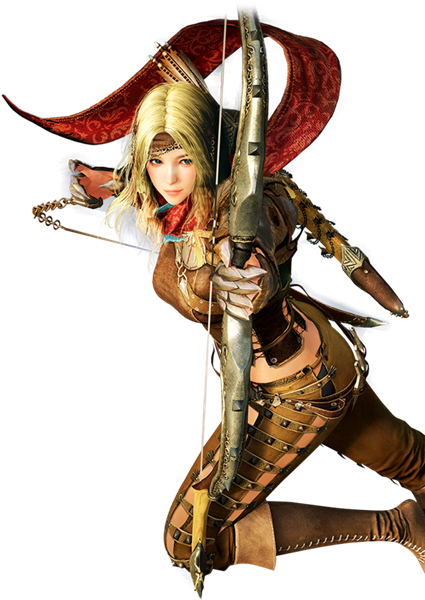 Sorceresses can effectively control the battlefield with their melee and ranged dark magic. They lure enemies with ranged magic, then lead the drawn victims into chaos and painful demise. Other class refer and fear these Sorcerers as "The Witches on the Battlefield".

An interesting hybrid class designed to weave in and out of mid range to close range combat, and relies heavily on skill rotations to unleash large amounts of damage in a decent sized AoE. Sorcerers are also one of the strongest solo PvP classes in the game currently due to their good blend of control skills with high damage output, with the main risk being a distinct lack of armor like their other magic counterparts (Wizard/Witch). This makes them fairly high-value targets in group play as well due to their ability to put any one not paying serious attention into the ground in a matter of seconds.

They are however extremely unforgiving if you make a mistake in either PvP or PvE, and thus require a fair bit of skill and understanding of other classes to play well. One of the bigger issues they often run into is a lack of ability to regain mana as easily as more forgiving classes, but if you're patient and willing to take the time to learn the payoff is large.

Expert level Sorcerers are some of the most illusive and dangerous players to encounter in Black Desert. 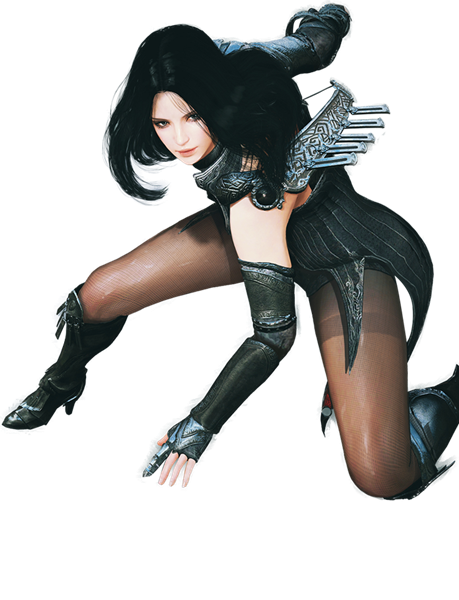 Berserkers wield monstrous double-axes as huge as the owners' bodies. Berserkers overwhelm enemies with their size and outrageous strength, and can annihilate the mere weaklings at once. Although their physique is seemed to moving slow but, improved skills will make such problem as a small thing.

Pure chaotic fun is the very definition of the Berserker. You have one purpose, and that is to wildly spin, grab, and stomp anything you don't like into the ground. Their robust size and strength allow them to be a little more on the tanky side, while not being a "tank", which opens the door to front line engagements in group fights and sieges, where they are a welcome addition due to their ability to decently lock down groups.

Although they can struggle with mobility issues for solo PvP, and a lack of any real ability to disengage from fights. Leaving players only one real option, beat the living daylights out of anything in front of them, and if it hits back, hit it back harder!

The class allows for new players to easily pick up and play them, and while not offering the highest level of growth for expert play, it certainly will provide a lot of fun for those interested in a high octane chaotic brawling play style. 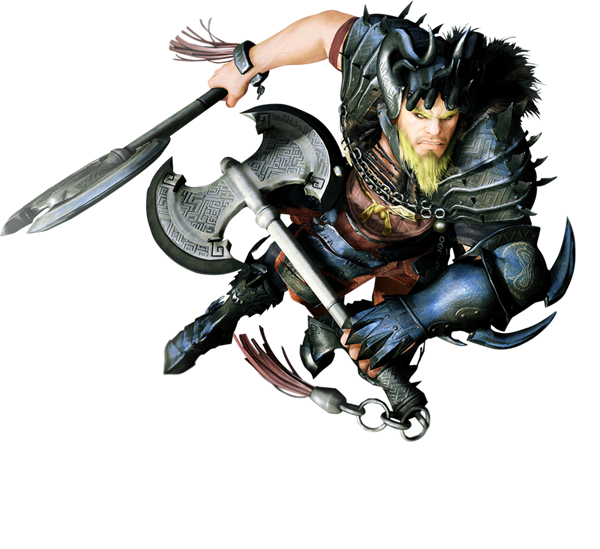 Wizards specialize in extreme offensive AoE spells, ranging from slows, knock downs, short duration stuns, and of course just raw damage. The downside of all that AoE power is them being relatively frail in 1 vs 1 pvp. Fighting in groups is a whole different matter, due to their extremely useful (and often overlooked) support skills that provide excellent heals and shields to their group. In essence they are a fantastic group play class, and only the expert level play allows for solo fighting.

New players will find Wizards very forgiving and easy to pick up and play, while also leaving plenty of room for individual player skill growth into expert level play. 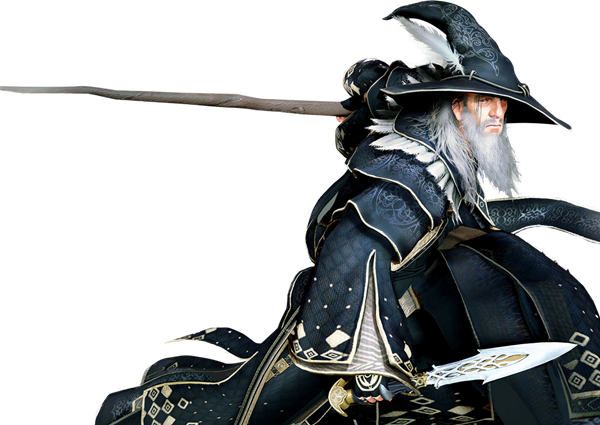 Witches are known for their prudence in battle. In return of casting time lag, they perform large-scaled magic attacks. Their thorough move will burn, freeze and shatter their enemies with the power of natural elements such as fire, water, and the wind, and finally drive foes into checkmate.

Witches specialize in extreme offensive AoE spells, ranging from slows, knock downs, short duration stuns, and of course just raw damage. The downside of all that AoE carnage is them being relatively frail in 1 vs 1 pvp. Fighting in groups is a whole different matter, due to their extremely useful (and often overlooked) support skills that provide excellent heals and shields to their group. In essence they are a fantastic group play class, and only the expert level play allows for solo fighting.

New players will find Witches very forgiving and easy to pick up and play, while also leaving plenty of room for individual player skill growth into expert level play. 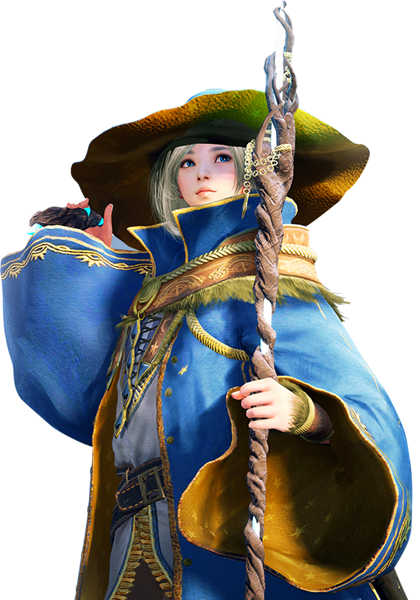 Tamers can confront enemies at any ranges. With the support of Healing, the divine beast, Tamers can perform ruthless combination attack, or take the enemy down by herself borrowing divine force of the beast. The innocence of their heart will turn into the fearsome force that sweeps any obstacles.

Tamers are by nature aligned towards ambush attacks in Black Desert, due to their ability to overwhelm opponents by utilizing their pets mimic attack to turn fights into two versus one. However the risk being the time limitation on the pet, prolonged fights or mishandling your pet can result in a winnable fight being lost very quickly.

Perhaps one of the best at solo PvP in the game, makes them quite enjoyable for an assassin type of play style, and certainly welcome within group play although large scale PvP can severely limit utility due to a lacking in toughness.

New players will find the class fairly forgiving and easy to play in PvE, and ample room to grow for expert level play. There is a bit of a learning curve involving the management of your pet, with a little patience it can be easily mastered. 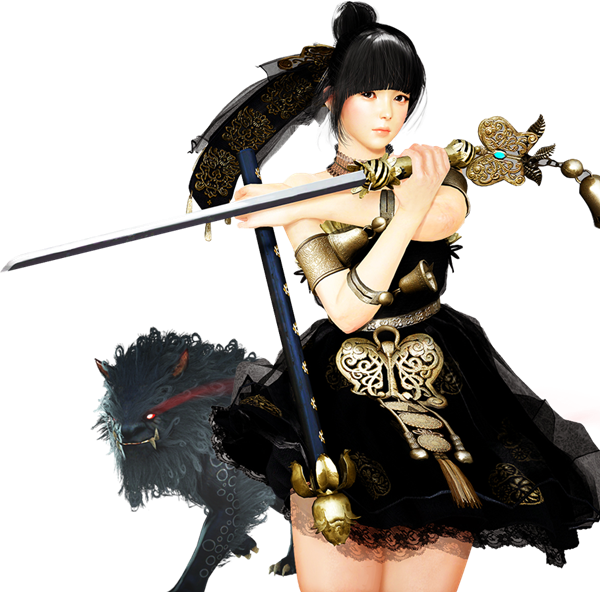